One of the most frustrating things for a basketball fan is finding out that NBA TV is blocked in their area. There are a few possible explanations for this, but the most likely one is that your cable provider doesn’t offer NBA TV as part of their package.

This can be a real bummer, especially if you’re trying to catch a game that’s not being televised on any of the other channels.

There could be a few reasons why is NBA Tv blocked in my area. In this blog post, Redsarmy will explore a few possibilities and try to get to the bottom of this issue.

What Is The NBA’s Blackout Policy, And Why Is NBA Tv Blocked In My Area?

Blackout limitations apply to all nationally televised games and your local NBA team(s), according to NBA.com FAQ. Games that have been blacked out will be accessible to watch after the match has ended.

Your blackout restrictions for locally televised live games will change if your location changes because blackouts are particular to your present location. IP addresses or location services can pinpoint your location (if turned on). A zip code is used to identify which teams are carried by your local broadcaster within the US and Canada. 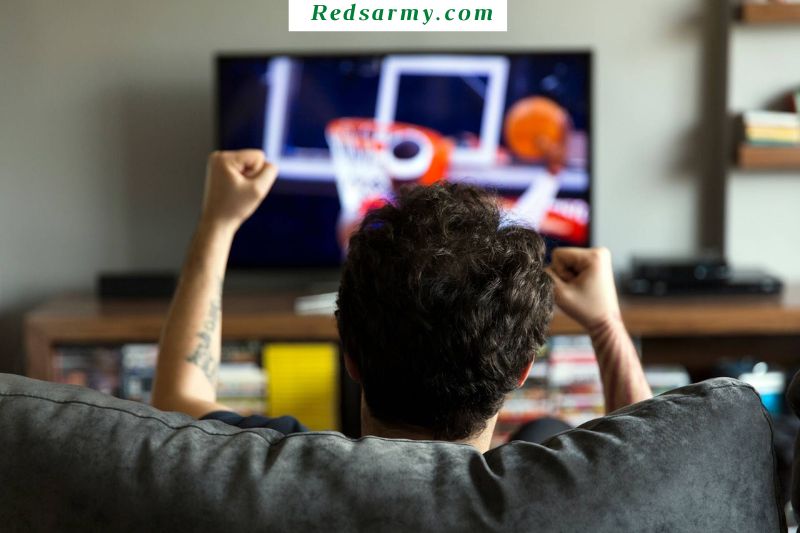 If you have a trouble with watching NBA TV, see this article.

Why Does NBA League Pass Have Blackouts Occur?

Blackouts are implemented in the US and Canada to pressure people into purchasing pricey cable bundles. They accomplish this by turning off the local teams you want to watch.

For instance, everyone in North Carolina cannot watch the Charlotte Hornets on any digital service, including NBA League Pass, Hulu Live TV, Fubo, etc. The only option for supporters to enjoy their neighborhood Charlotte Hornets team is to purchase a cable subscription.

With a paid cable subscription, you should be able to watch games that are blacked out on NBA League Pass on a local, regional sports network, or a national TV network like NBA TV, TNT, ESPN, ABC, Sportsnet, or TSN.

As soon as a game is transferred to the NBA League Pass Archives, it can be seen on demand. Three hours after they air, nationally televised games are archived for viewing. Locally broadcast games are stored in the US three days after they air. 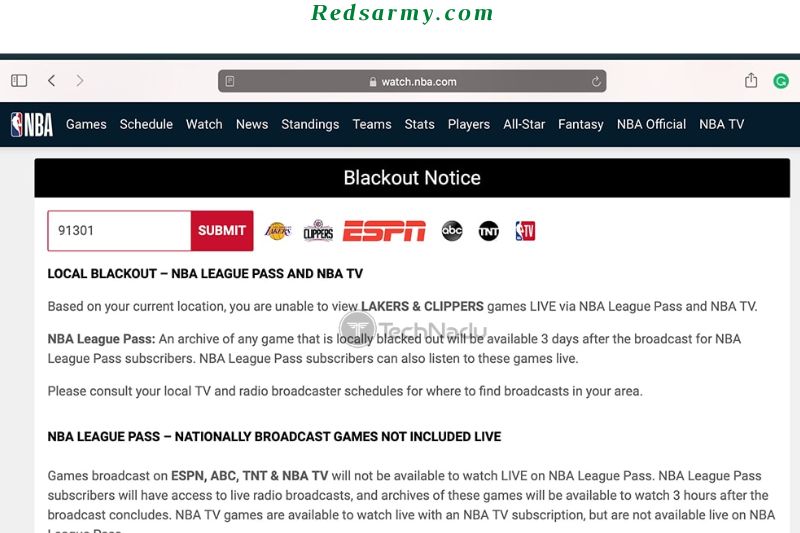 Fans in Canada and the US cannot see All-Star Weekend or the Playoffs since these events will be shown on local television networks and local and national broadcast blackouts.

READ ALSO  How To Play Basketball And Dominate The Court: The Ultimate Guide

Bypass NBA Blackouts With A VPN

From New York, we were able to access NBA League Pass, and the following blackout notification was shown:

“Based on your current location, you are unable to view live Brooklyn Nets and New York Knicks games. You can listen to a live radio broadcast or watch an archive of these games 3 days after broadcast.”

However, local blackouts are not the only limitations that NBA League Pass imposes. In actuality, numerous nationally televised games are also excluded:

“Games broadcast on ESPN, ABC, TNT and NBA TV will not be available to watch live on NBA League Pass. You can listen to a live radio broadcast or watch an archive of these games 3 hours after broadcast.” 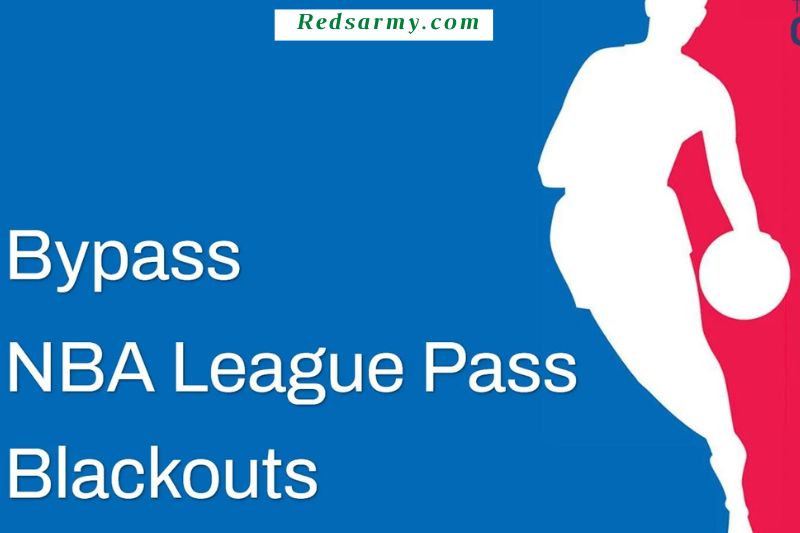 How does a VPN work to get around NBA League Pass blackouts? Your internet traffic is encrypted once you are connected to a VPN server. Because of this, it is challenging for websites and services to determine your precise location.

Your temporary IP address will change if you connect to a server in another US state or foreign nation. This will enable you to get around the blackout by making the NBA League Pass website believe you’re in another location.

Bypass Blackouts On A Desktop For NBA League Pass

You may avoid NBA League Pass bans by using your PC or Mac. Establish a VPN connection to a server outside the blackout area. For instance, you only need to connect to a server in another US state if it’s a local blackout.

Blackouts across the country are a bit different. In this situation, you would have to connect to a server in another nation. This nation must be geographically closest to the blackout area while remaining outside.

For instance, you should try servers in Canada and Mexico if you are in the US. It should therefore be feasible to unlock the blacked-out game, making it viable to watch NBA games without cable. If the material doesn’t load, keep in mind to empty the cache and cookies in your browser.

You can get around NBA League Pass blackouts on mobile, just like on desktop platforms. However, it’s essential to be aware that the NBA uses GPS and location information on your phone to determine where you are. As a result, some VPNs are incompatible, especially with the NBA League Pass apps. Use the web browser on your phone if you watch on the go.

As of this writing, NBA League Pass bans can be avoided using the mobile apps of NordVPN, Surfshark, ExpressVPN, and CyberGhost. If the issue persists, you might be able to fake your phone’s GPS location.

You can accomplish this with some apps (and the Android version of Surfshark’s app already has this feature built-in). However, to use most third-party GPS spoofing programs, you must jailbreak your iPhone or root your Android device. Keep in mind that there are no assurances that this will succeed. Please use caution as the procedure differs from device to device, and some apps pose a security risk.

Can I Use A Free VPN To Bypass NBA League Pass Blackouts?

Unfortunately, many free VPN services can’t get around NBA League Pass blackouts. They frequently have a minimal number of servers, which is one issue. As a result, your selections can be limited if you’re seeking a server in a different US state or nation.

Another problem, though, is the high load on free VPN servers. Slow speeds result, which is a particular issue for live broadcasting. To control this, some free VPN services block your bandwidth, which causes latency and buffering when viewing NBA games online.

Additionally, for security concerns, we advise against utilizing free VPNs. While giving you access to various blocked content, a free VPN should also safeguard your privacy. This entails encrypting your data and guarding against leaks of your private information.

Sadly, many free VPN services lack these safeguards. As a company, a free VPN may keep a record of your surfing activity and sell it to outside parties. Additionally, you can constantly see improper and irrelevant pop-up adverts. In general, a free VPN isn’t worth the trouble.

So What Does This Mean For Me?

For instance, in the USA, if you’re a fan of the LA Lakers and live in Los Angeles, the system won’t let you watch the Lakers play using your NBA League pass. This is because the NBA League Pass receives your IP address and location whenever you try to stream a game, which prevents you from doing so. 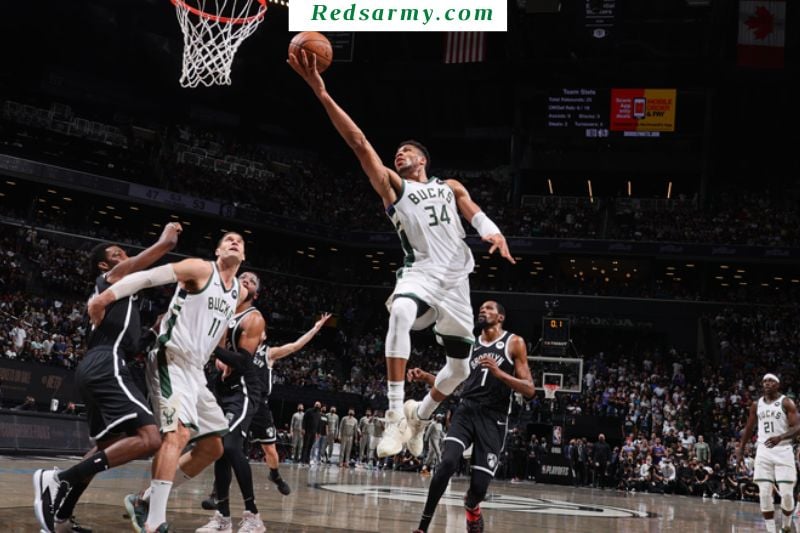 Additionally, it’s bad news for Canadian supporters. The identical method described above is used in the USA to decide on NBA Blackouts. As a result, if you support the Toronto Raptors, the only NBA team based in Canada, you will also be unable to use your NBA League Pass to watch the game.

Are The Only Countries Affected By The USA And Canada?

Regrettably, absolutely. These restrictions have no impact on the NBA League Pass for international users. The United Kingdom and India can watch every live game without experiencing blackouts.

So Is There A Way For Me To Bypass These Restrictions?

Yes, and that’s fantastic news! You can acquire the NBA League Pass in its international edition using a device like the StreamLocator Hub. More importantly, you can do so in India for a significantly lower cost than in the US or Canada. 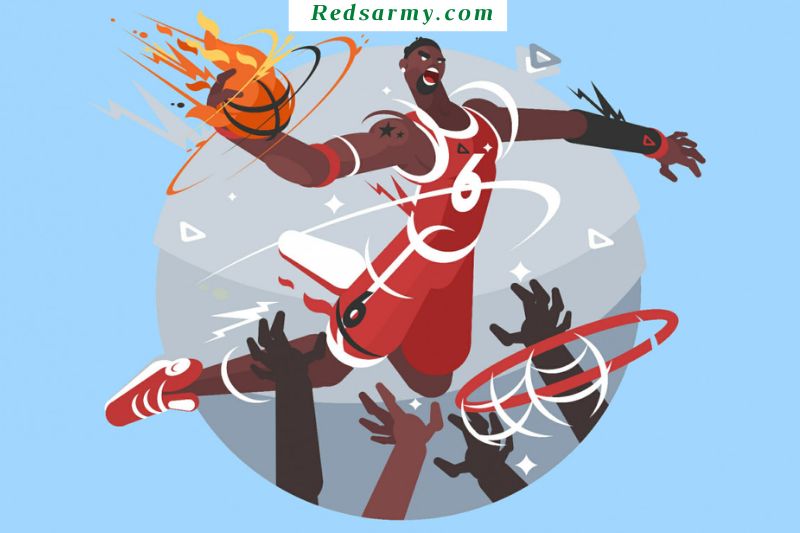 What Makes The NBA League Pass India So Great? How Can I Get Around The Limitations Using StreamLocator?

The yearly cost of the NBA League Pass in India is INR 1499, which, at the time being, is equal to C$ 24.70 and USD 19.99. As you can see, there is a significant pricing difference, and more live programming is provided!

As shown in the image below. When I try to purchase the NBA League Pass while disconnected from the StreamLocator hub, it displays the following price in the USA:

Instead, when I’m connected to my StreamLocator hub, I see the following Indian price, which is represented in USD: 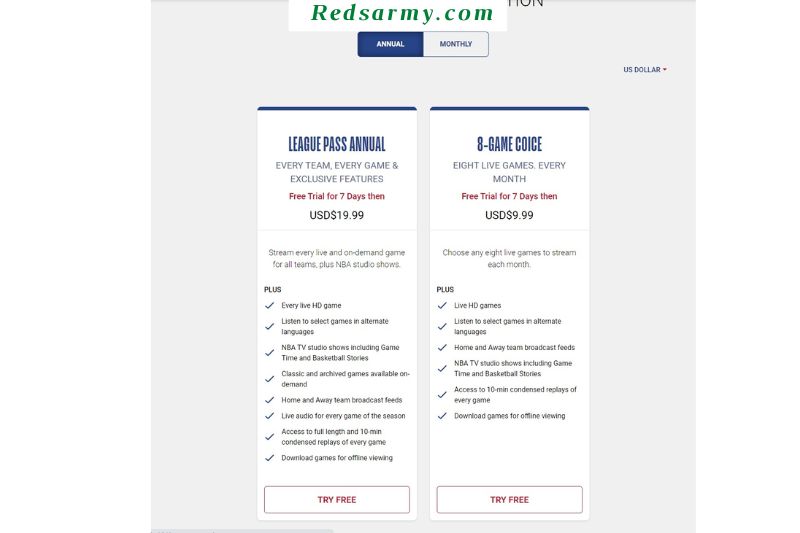 READ ALSO  The Best Position For Basketball: How To Create Space and Score More Points

How To Get Around NBA League Pass Blackouts Step By Step:

We advise obtaining a StreamLocator Hub rather than relying on VPN services, which makes installing and using your streaming more challenging for you. Many sports services are accessible through our service, including NHL Live, MLB TV, EPSN Plus, DAZN US, CA, and Germany.

This all adds up to a fraction of the cost of cable TV and gives you access to every MLB, NFL, NBA, and NHL game without any bans or restrictions. Since the StreamLocator Hub doesn’t reduce your internet speed while streaming, StreamLocator is also a better option than a VPN. Low latency and quick download rates are crucial for broadcasting live sports.

You can set up and link your devices to the “StreamLocator” wifi network after obtaining the StreamLocator hub. As soon as you’re connected, log into your StreamLocator account and switch the NBA League Pass to India. 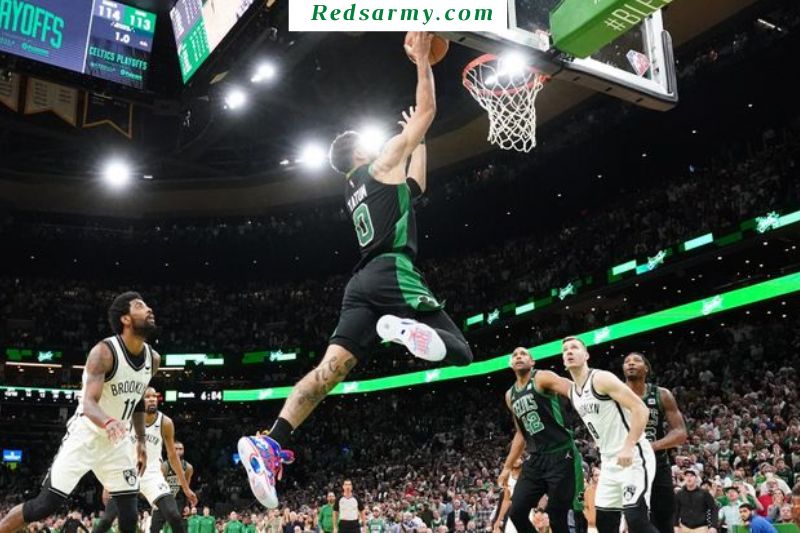 Visit watch.nba.com and register with your current credit card and billing information after connecting your devices to the StreamLocator wifi network.

Step 4: Download applications for NBA League Pass on your devices

Installing the app on streaming devices like your Fire TV, Apple TV, Smart TV, or mobile devices like Android/iOS phones and tablets is the most efficient method to enjoy the NBA League Pass streaming service.

For guidance on using your devices, contact our specialists at support@streamlocator.com. 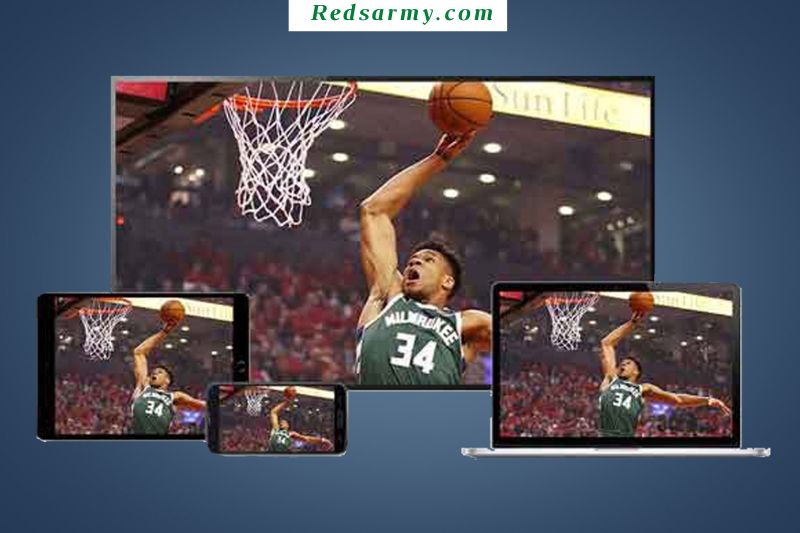 You may watch every NBA game during the season on the StreamLocator portal without being concerned about NBA Blackouts. You may easily access all of the content the NBA League Pass offers by subscribing to the StreamLocator service.

Because StreamLocator technology doesn’t slow down your internet speeds as a VPN does, it is different from utilizing a VPN. This is crucial when streaming live sports because speed can be a significant factor. This will get rid of buffering, making your experience better.

ESPN will not be transmitted to viewers in the nearby market. Fans can input their zip code on a page of the NBA website to check which games are blacked out in their area. 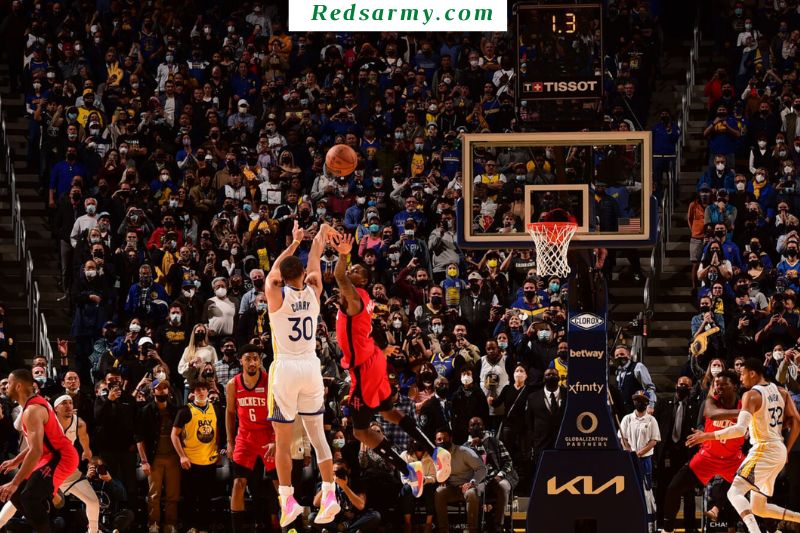 What is the best free VPN?

The best free VPNs for Android are the traditional Atlas VPN and ProtonVPN. However, there are some other choices. For instance, giving Windscribe and Hide.me a try would be worthwhile.

If a game is blacked out, how do you watch it?

Open the app, then sign in to an American VPN server in the state where the game is broadcast. A VPN server located outside of the USA is also accessible. Going to MLB.tv, NFL Game Pass, NHL.tv, or using their native applications is the final step. Stream every game you want without any blackouts.

There are a few reasons why NBA TV may be blocked in your area. One reason could be that your local cable or satellite provider doesn’t offer the channel. Another possibility is that you live outside of the United States and NBA TV is unavailable in your country. Lastly, an issue with your account may be preventing you from accessing the channel.

If you are unsure why NBA TV is blocked in your area, you should contact your local cable or satellite provider for more information.