The average NBA career for role players is approximately 4.5 years, but if you’re an all-star player, it lasts about 11 seasons. According to Weak Side Awareness statistics, NBA players generally play for 2.5 teams over their careers, which equates to about three teams overall. When they do remain with a team, they typically do so for about two seasons.

While these are the averages, there are many notable NBA players who surpass these statistics and labels; some players play for numerous teams like Shaquille O’Neal and Rajon Rondo, while others spend their whole careers with only one team like Kobe Bryant, Dirk Nowitzki, and Tim Duncan.

For this article, we will rank the best NBA player at every team total overall based on their individual merit and impact to the teams that they played for.

Best NBA player at every team 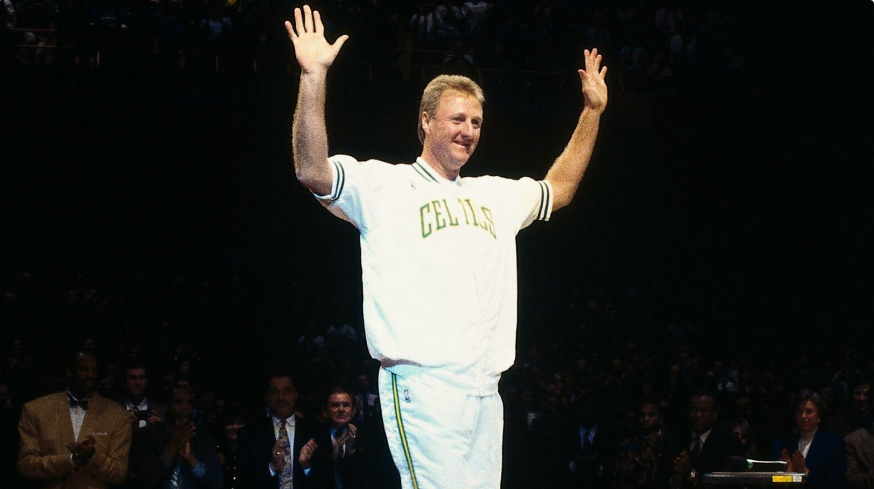 This discussion could go on for hours and it deserves a separate article for discussion given the list of legends that are on this list like Kobe Bryant, Magic Johnson, Bill Russell, John Stockton Dirk Nowitzki, Reggie Miller, Isiah Thomas, and Tim Duncan to name a few (47 total of qualified players for this spot). But if we had to choose one, it has to be Larry Legend.

You might be wondering why we chose Larry over Magic since Magic’s Los Angeles Lakers won over Larry’s Boston Celtics in their rivalry NBA Finals matchup, but we based this selection purely on individual skill and impact on the team.

Larry was a better two-way player than Magic and even though Magic had a lot of tricks in his bag, the Boston legend’s career stats speak for himself to solidify his place on this list. 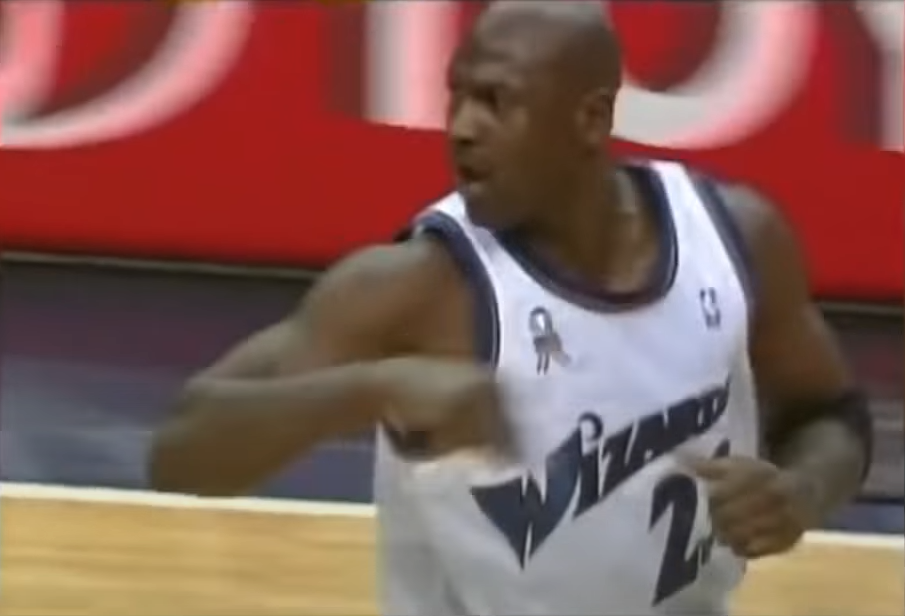 If choosing Larry Bird was so difficult for the one team portion of this list, this part was rather the easiest as there shouldn’t be a debate on who the best player is who played for two teams. Honestly, no matter how many NBA teams Michael could’ve played for, he’ll take over that spot in this list.

After retiring twice in the Chicago Bulls franchise, Michael decided to come back and play for the Washington Wizards and prove to the world that he can still compete in the 2000s era of the NBA. His two-year stint with the Wizards marked the end of his illustrious NBA career. 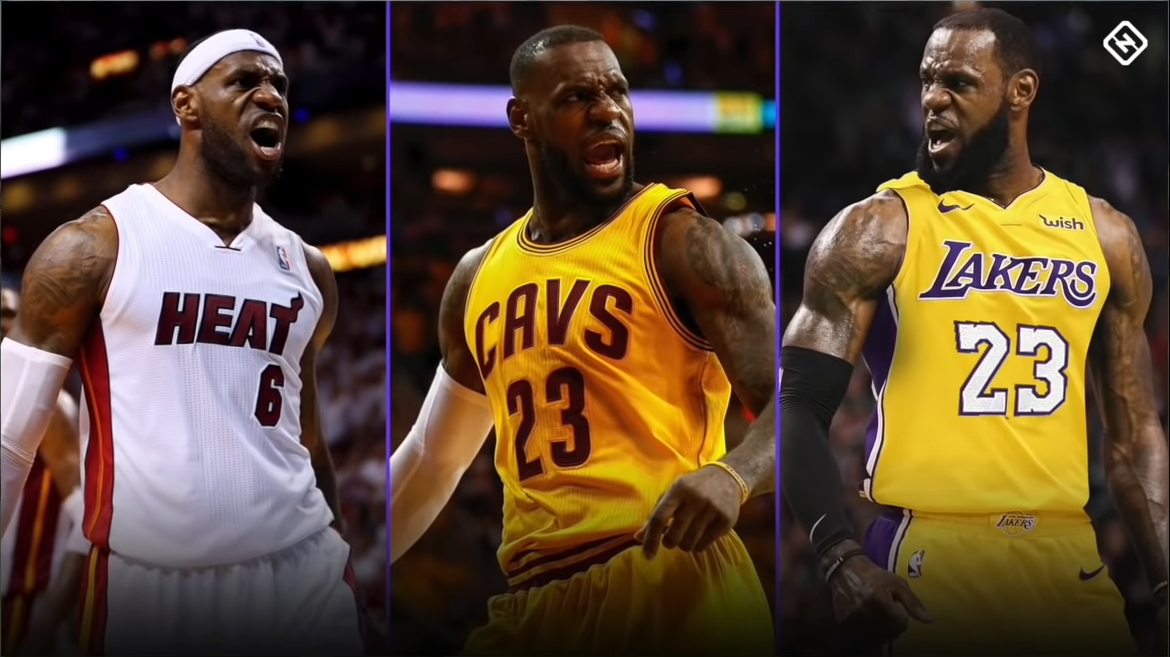 This was a tough one as well as there were a few notable players who played for three teams as well like Wilt Chamberlain, Charles Barkley, Patrick Ewing, Scottie Pippen, Kevin Durant, and Steve Nash to name a few. If we had to choose, it was a tough choice to go for LeBron over Wilt given the insane scoring records that Wilt set during his time in the NBA.

LeBron’s longevity and consistency gave him the edge as he was able to lead and dominate in all three teams; not to mention winning the NBA championship plus all the Finals MVPs too in all teams. 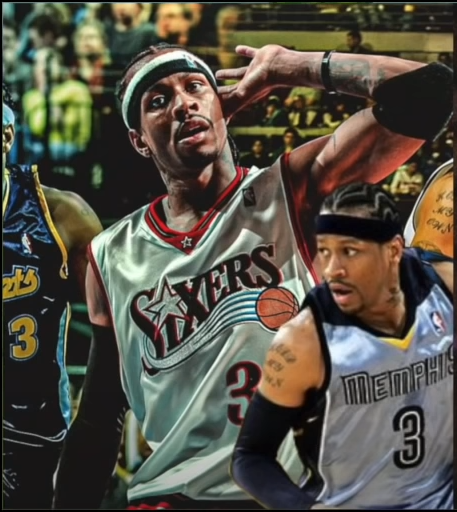 If we based the list on team achievement, we would’ve chosen Robert Parish but Allen Iverson’s individual skill and impact secured his spot on this list. Allen was a walking bucket and he was able to carry the 76ers to the Finals as well. Talk about practice! 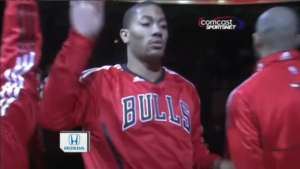 Again, this was a tough choice to make since there are a few iconic players on this list like Dennis Rodman, Chris Paul, Gary Payton Pau Gasol, and Carmelo Anthony. And among these players, a healthy Derrick Rose was the most talented and skilled player.

The youngest MVP the NBA has ever seen, D’Rose was projected as a future Hall of Famer not until his injuries slowed down his career. 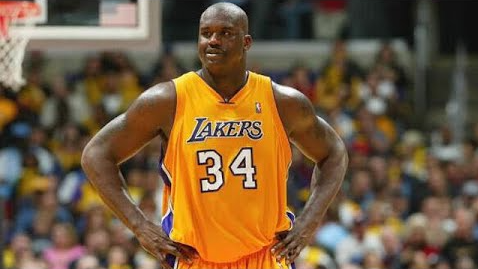 Despite the qualified stars in this portion of the list like Dikembe Mutombo, Tracy Mcgrady, and Dwight Howard, this is an easy choice of Shaq the Diesel and it’s not even close. No one in the entire world has seen pure dominance in the paint before Shaq entered the NBA.

If it weren’t for his inability to shoot free throws and from the perimeter, he would’ve made a strong GOAT case among Michael Jordan and LeBron James. 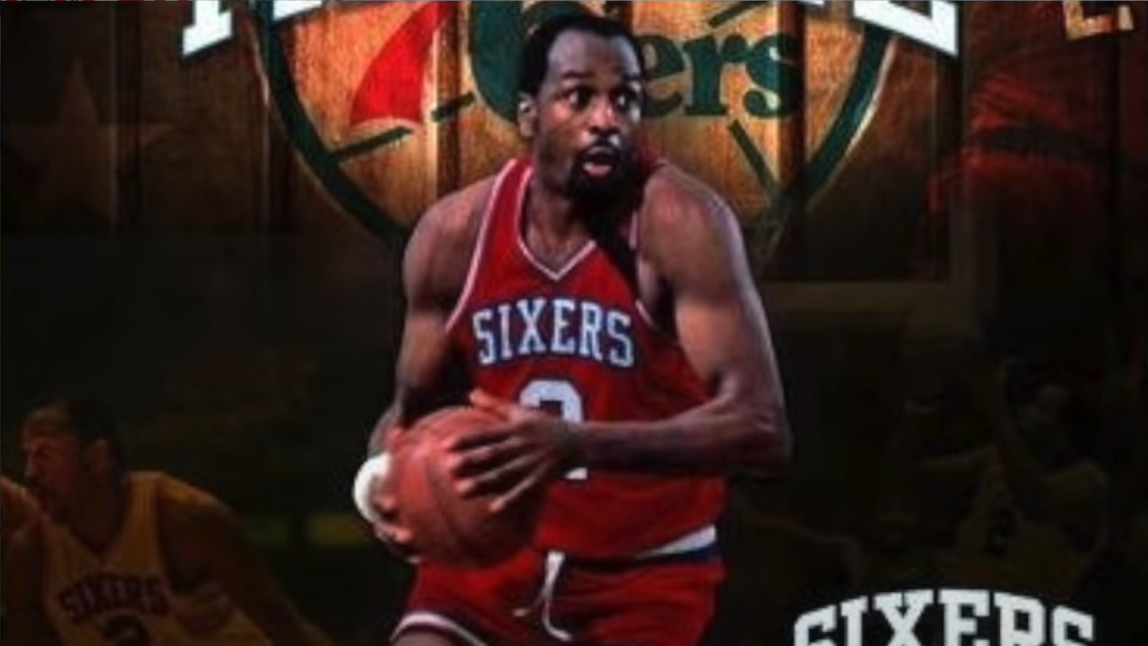 This was a tough call between Moses and Bob McAdoo but we had to go with Moses since we’re looking purely at individual skill and talent. Moses has 3 MVPs while Bob only has one. 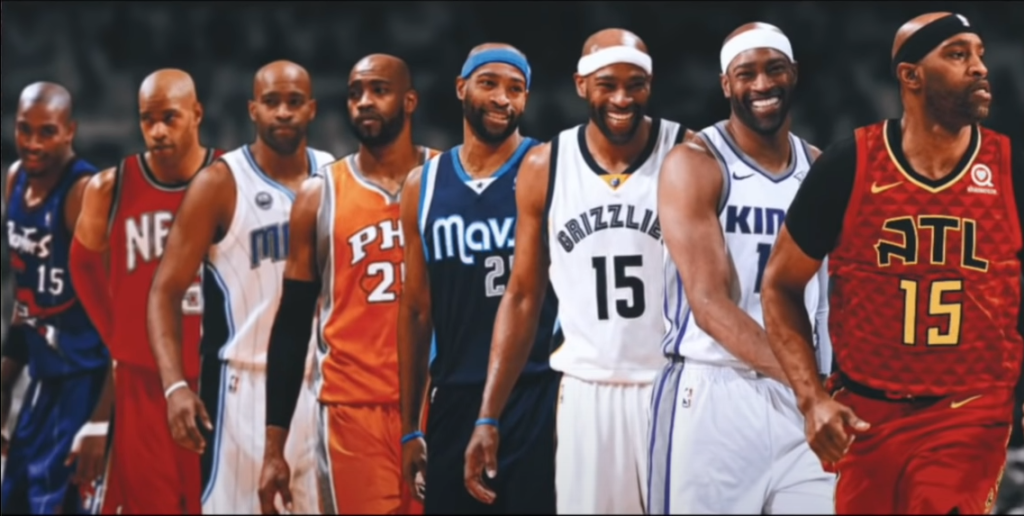 This was an easy one as well since the only competitors are Nate Robinson, Tyson Chandler, Dj Agustin, and Sam Cassell. Vince was a crowd favorite with his phenomenal dunks which are still inspiring a lot of NBA players up to this day. Vince invented the Honey Dip Dunk in the 2000 NBA Dunk Contest. 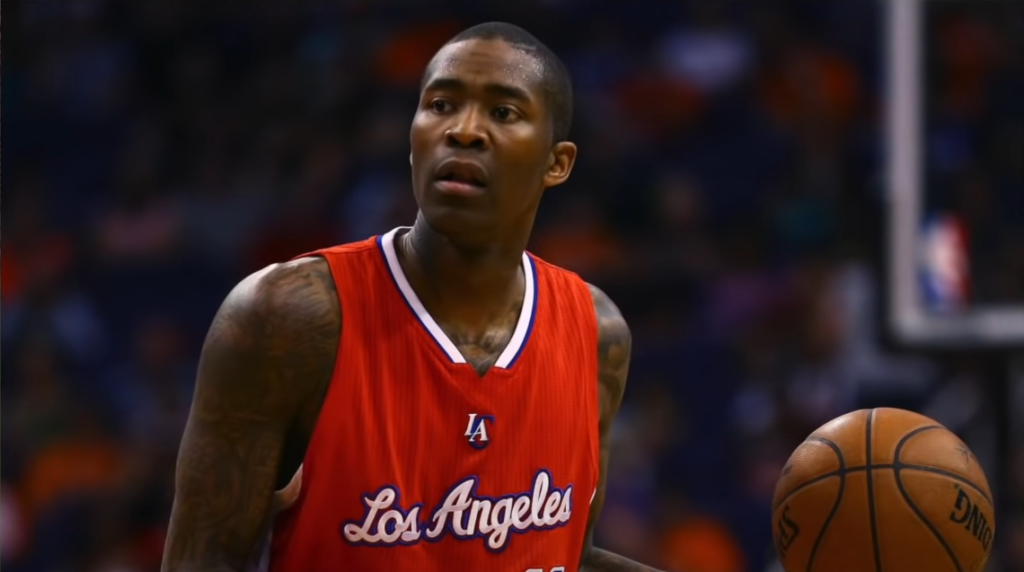 READ ALSO  Difference Between Devin Booker Vs Kobe Bryant: Who Was The GOAT 2022 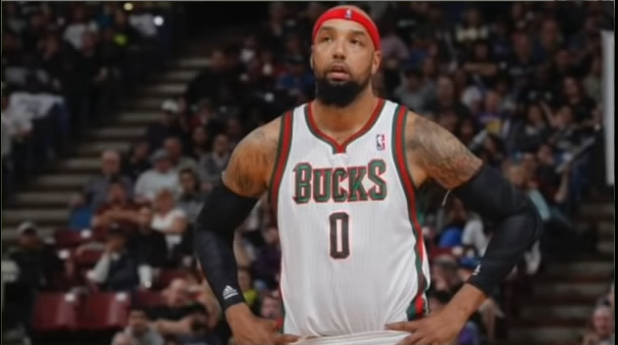 It gets tough from here as all of the players qualified to be on this list are average-above average in skill and no one is really a step above anybody but if we had to choose, it’d have to be Drew. Averaging 10+ points in 12 seasons which makes him deserving to top this portion of the list. 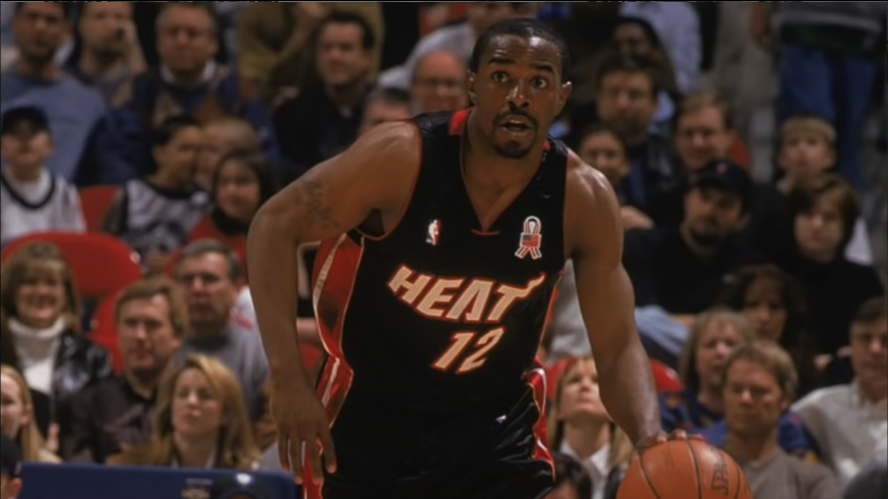 This was a choice among three players namely Mike James, Ish Smith, and Kevin Ollie. And our choice is Mike James since he’s the only player on this list to average over 20 points per game (2006-2007 season). 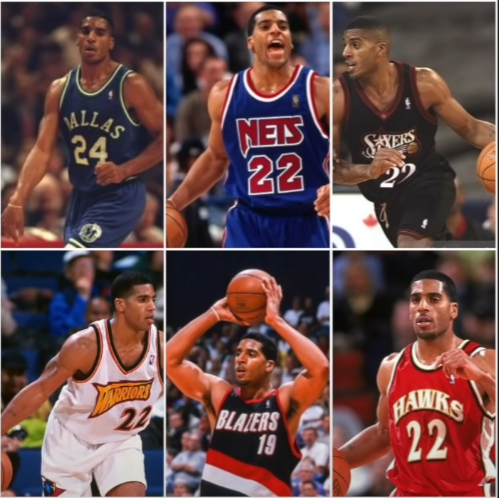 Only four players have played for the most teams in the NBA and they are Jim Jackson, Joe Smith, Chuckie Brown, and Tony Massenburg. It’s a close call between Jim and Joe but Jim has the edge since he averaged 20+ points in several seasons.

In general, NBA players go to an average of 2.5 teams, and it’s not really a gauge for greatness or mediocrity as some NBA stars play for a whole lot of teams while some mediocre players stay in just one team.

We hope to see you in our next posts