Reggie Miller and Michael Jordan are two of the greatest basketball players of all time. They both played in the NBA for many years and have had a lot of success. In this blog, we will compare their careers and see who is the better player. 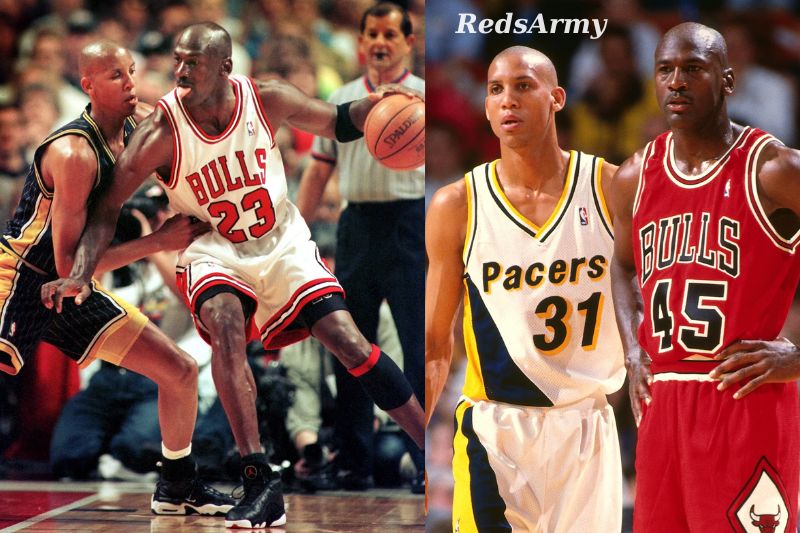 Michael Jordan participated in 1,072 NBA games and logged 41,011 minutes in those contests. Jordan was a starter in 1,039 games, averaging 30.1 points per game and amassing 32,292 points. In his pro basketball career, he averaged 28.3 points per 36 minutes while also grabbing 5.9 rebounds and dishing out 4.9 dimes. 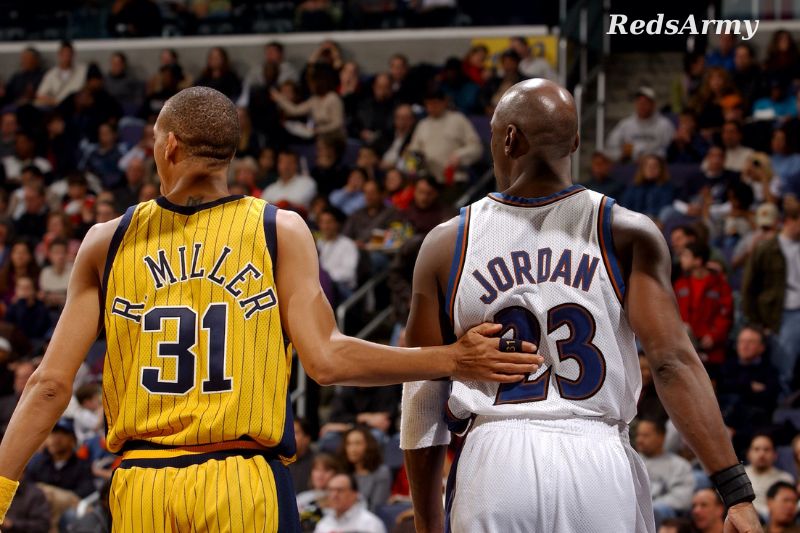 Jordan achieved an 82.1% free throw percentage by sinking 266 of his 324 attempts. Michael Jordan finished his final season with a 45.0% effective FG percentage, 173 turnovers, and 171 fouls. 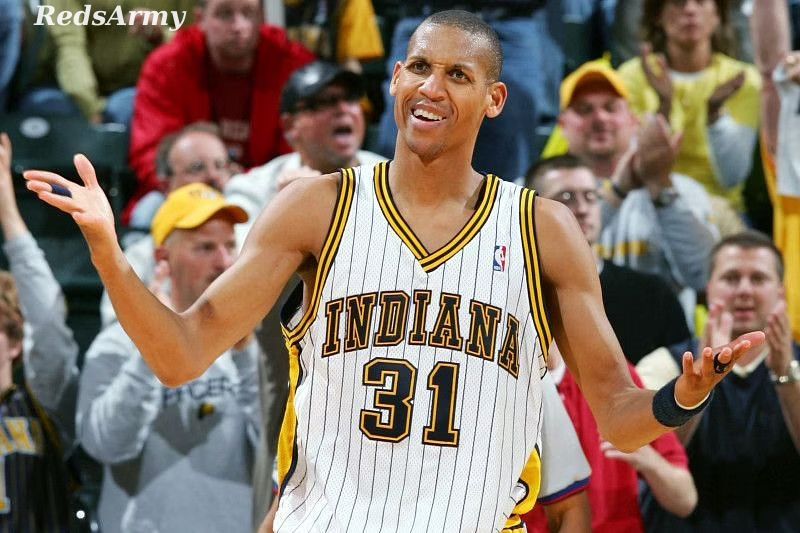 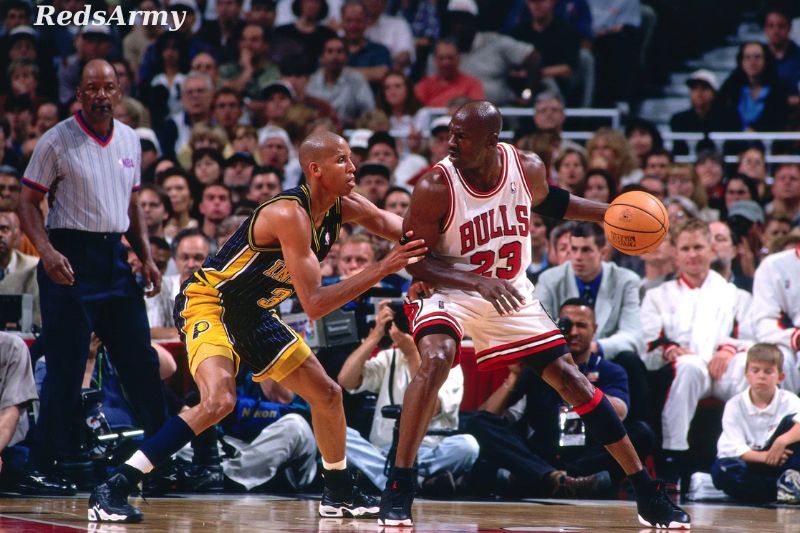 Jordan and Miller were both fantastic scorers. While Jordan was known for his slicing and midrange jumpers, Miller was one of the league’s first top 3-point shooters.

In their previous meetings, the Chicago Bulls star averaged 29.5 points per game versus Miller’s 19.1. Although their shooting percentages were close, the Indiana Pacers icon shot 35.8% from the 3-point range, which was higher than Jordan’s average of 32.2%.

Jordan was also more effective at keeping his teammates involved in the game, averaging nearly twice as many assists as his opponent.

Both players had many 40-point games versus each other, but Jordan’s performance in 1989 was the most noteworthy. The six-time NBA champion had a triple-double with 47 points, 11 rebounds, and 13 assists in the game. 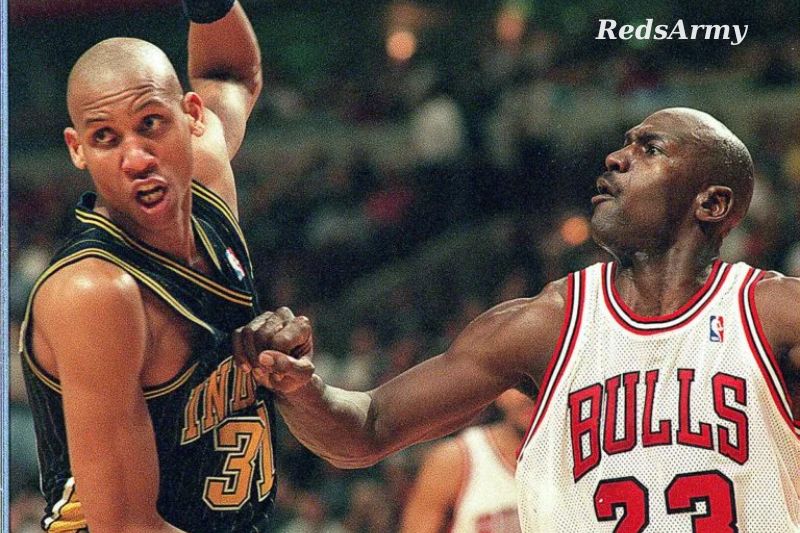 Jordan is regarded as one of the finest perimeter defenders in NBA history, whereas Miller was mostly a one-dimensional scorer.

As a result, it’s not unexpected that Jordan’s defensive stats outperform Miller’s.

“His Airness” recorded six thefts in three different games, and he also had a five-block effort versus Miller. 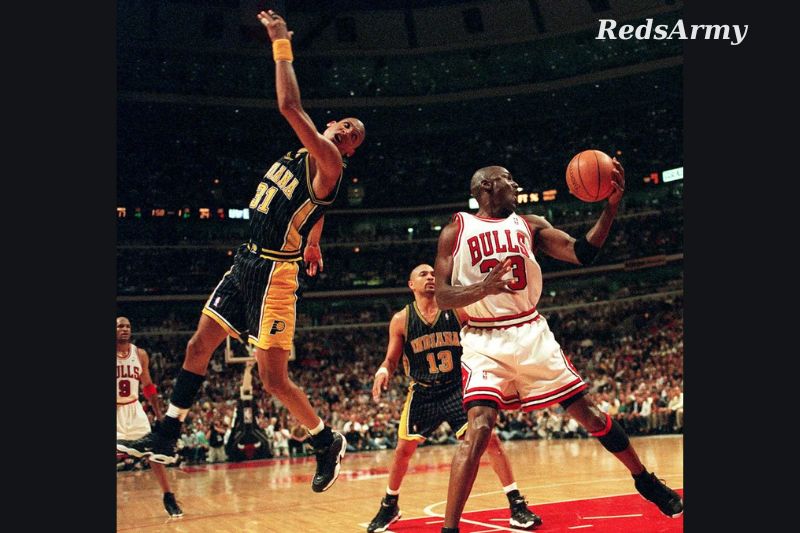 The two incredible competitors faced off in one playoff series. They faced off in the 1998 Eastern Conference finals in an exciting series.

What makes this series unique is that neither team won on the road. Game 7 was held in Chicago, and it was here that the Bulls and Jordan defeated Miller and his Pacers.

Jordan once again came up when it counted and helped his team advance to the NBA Finals. The Bulls then defeated the Utah Jazz in six games to capture their second title.

Despite the fact that 3-point shooting was one of Jordan’s few flaws, he made 40.0% of his long-range attempts against Miller in the playoffs, which is astounding. The 6-foot-7 sniper, on the other hand, was fantastic from both the 3-point and free-throw lines.

Miller and the Pacers had another opportunity to win it all two years later when they played the Los Angeles Lakers in the NBA Finals. But they lost, and Miller’s career ended without a championship ring.

In short, Reggie Miller and Michael Jordan are two of the greatest basketball players of all time. They both had amazing careers and are considered legends in the sport. Although they played in different eras, they both faced each other on the court several times

In their head-to-head matchups, Jordan slightly edges out Miller with a 6-5 record. However, Miller was able to put up some great performances against Jordan, including a 35-point game in the 1992 Eastern Conference Finals. Ultimately, both players are considered all-time greats and it is hard to compare them against each other.