In this blog post, we’ll be looking at the three greatest basketball players of all time – Larry Bird, Magic Johnson, and Michael Jordan. Each player was incredibly successful, and their accomplishments are unrivaled. However, which player was the best? 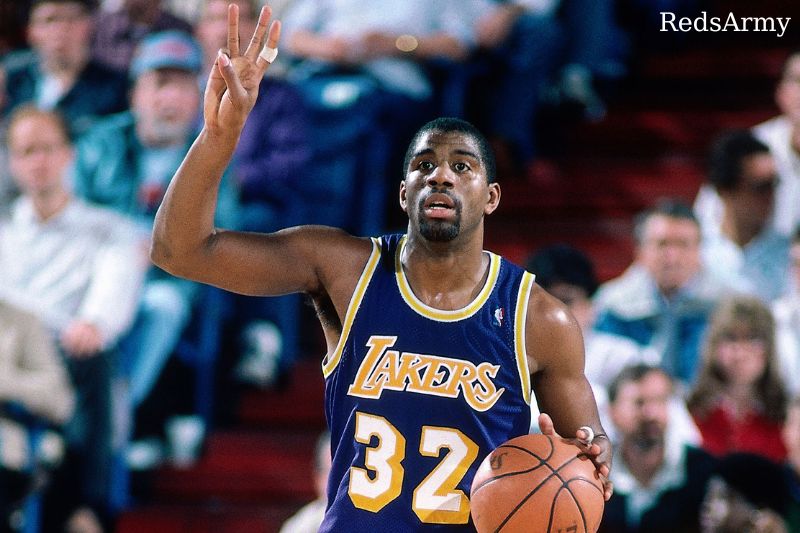 Few basketball players are as memorable as Magic Johnson. Magic was a one-of-a-kind basketball genius: a 6-foot-9-inch Point Guard (PG) with incredible offensive talents. He was recognized for his great ball control, exquisite passes, and, most notably, his famous “no-look” passes (video to follow).

His flamboyant “street-ball” style of play was beautiful and inspiring. Even now, he is regarded as one of the game’s most brilliant players. Magic put the show in the “Showtime Lakers” of the 1980s. Because of Magic’s approach, they were one of the most interesting and mystical teams. 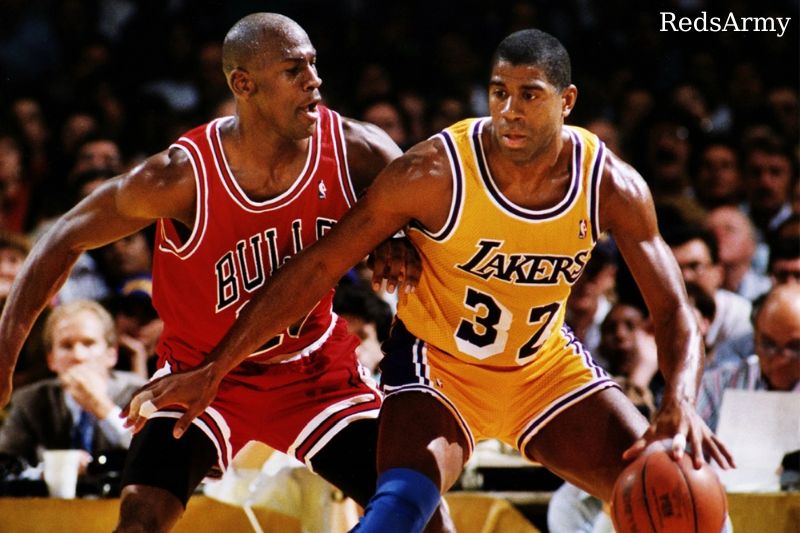 While Bird averaged 0.5 fewer points per game in the playoffs, Magic averaged one more assist and 0.5 more rebounds. This means that Magic always performed better in the playoffs when the money was on the line, as seen in game 6 of his rookie season. This is why he has two more titles than Bird.

The game was modified by Magic. 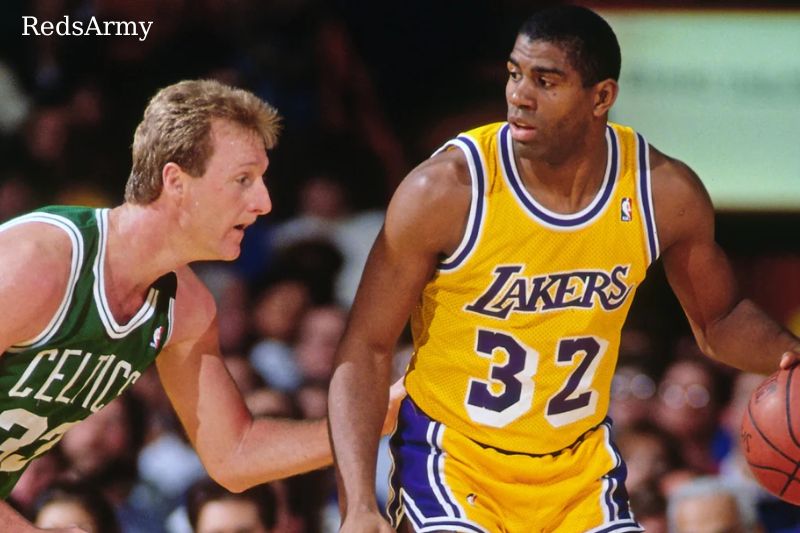 The bird was a great little forward, but he was also a bit boring. Magic, on the other hand, transformed the point guard position and the game itself. Back then, the duality was clear: if you’re tall, you’re a forward and play like a forward, which means you play closer to the rim, focus on rebounds, and rarely dribble. Magic altered that: he was a tall all-around point guard who handled the ball expertly, passed it properly, took it to the hoop, and rebounded.

He paved the groundwork for today’s all-around stars like Kevin Durant and LeBron James. Furthermore, Magic signified the transition of the game from a solid half-court game to one played on the entire court, on the move, and above the rim.

The bird had less to work with 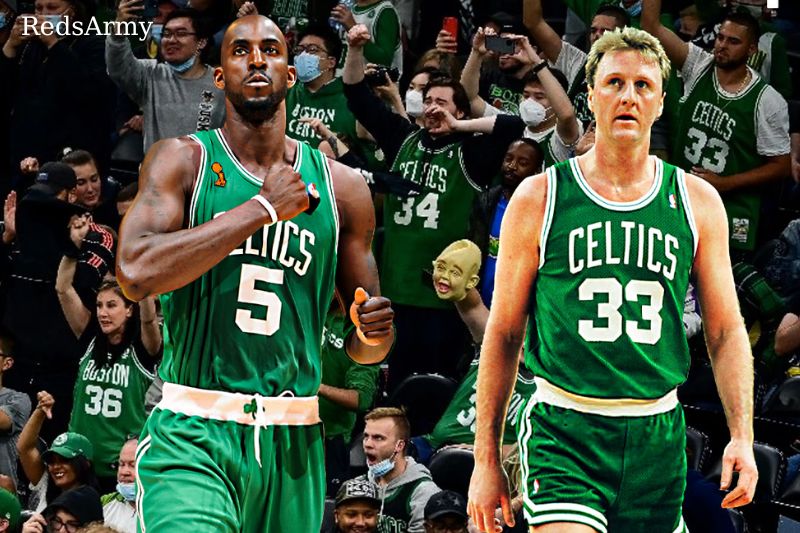 Larry Bird played with a bunch of players whose combined talent was nothing like that of Magic’s colleagues. Magic shared the court alongside Kareem Abdul-Jabbar, probably the finest center in NBA history, and James Worthy, a No. 1 draft selection, three-time NBA champion, and one of the 50 greatest players in NBA history.

Bird is what made the Celtics great. With Bird, the Celtics went from 29 to 60 victories in a regular season. His energy and approach influenced the entire team. This is not to suggest that his colleagues were horrible players; nonetheless, Robert Parish, Dennis Johnson, and Cedric Maxwell, to name a few, were not as skilled as the Lakers’ players at the time. The bird had less to work with, and without him, the Celtics would most likely be a terrible team, which cannot be said of Magic.

Bird was a complete player. 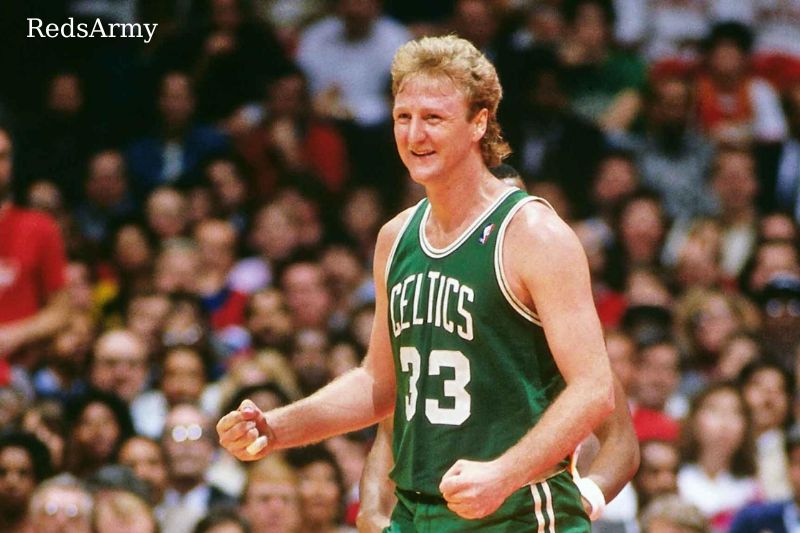 Statistics show that both players were complete players, meaning that they excelled in most elements of the game (such as scoring, rebounding, and assisting), each in their own manner.

For example, Magic has fewer points and rebounds on average, and Bird has fewer assists. The only real difference between the two was in defense. Bird’s fierce competitive drive made him one of the finest defensive players of his era. He was named to the NBA All-Defensive Team three times (although Magic was never nominated) and was regarded as a strong and tenacious defender.

The things that are not in the stats

Hustle Statistics are the intangible acts done by a player during games. It measures the effort-based actions in basketball, both defensive and offensive. Hustle plays include actions such as drawing, rushing from the opponent, leaping for loose balls, disputing an opponent’s shots, and others.

Bird is one of the best hustle players in the game’s history. He was an inspiring hustler with intangibles and smarts to match his amazing tangibles. So, while Magic’s and Bird’s numbers differ somewhat, Bird’s hustling plays placed him on top. 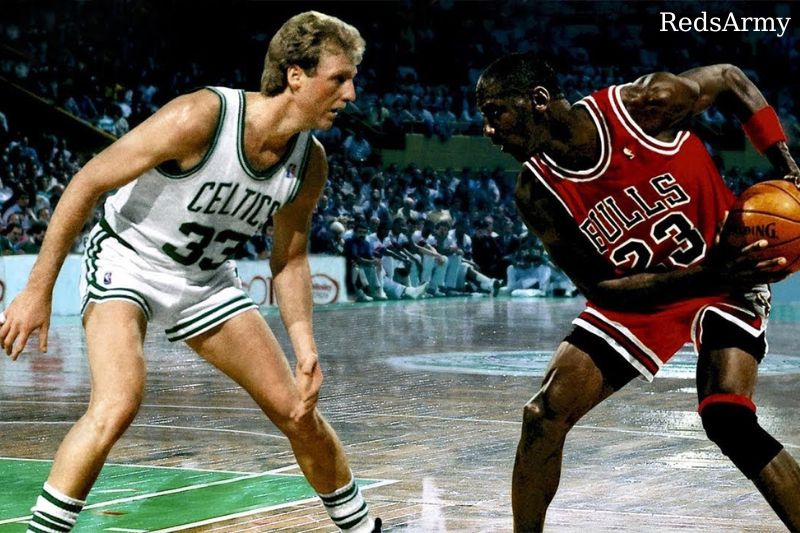 Jordan Vs Bird  In The NBA Playoffs: 0-6 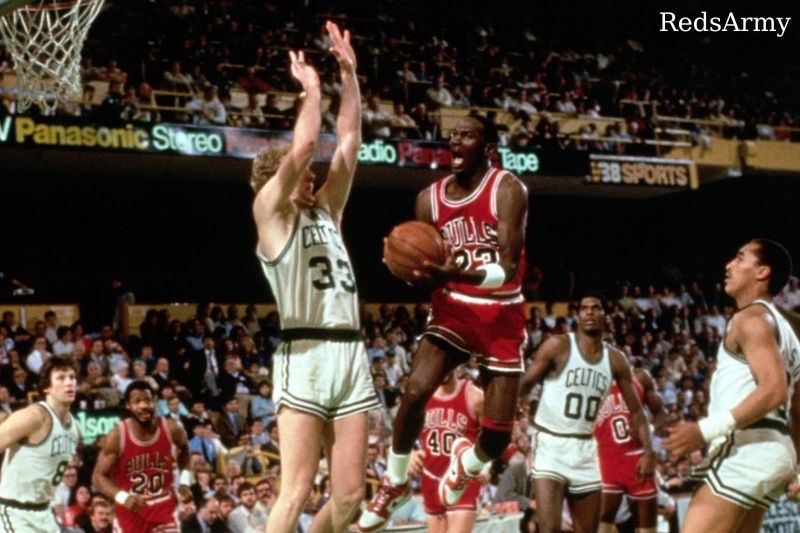 Before Michael Jordan became the league’s most dominant player, he had to endure beatings at the hands of Larry Bird and the Boston Celtics. Jordan’s Bulls lost every playoff game to Bird’s Celtics for two years in a row. The first of two occurred in 1986 when Jordan was only 23 years old.

In the first round of the playoffs in 1986, Bird’s Celtics swept Jordan’s Bulls. Jordan narrowly led the Bulls into the playoffs as the 8th seed, and he had a difficult assignment in dealing with Bird and the #1 rated Celtics. The Bulls, as predicted, had no chance.

Jordan, now 24, would see Bird and the Celtics again a year later. Unfortunately for Jordan, the outcome was the same. Despite Jordan’s 35.7 PPG, the Bulls were swept for the second year in a row.

McHale, Ainge, and Johnson all contributed to Bird’s (26.0 PPG and 10.0 RPG). Other than Charles Oakley (20.0 PPG and 15.3 RPG), Michael did not have enough to get past the #1 seed for the second time. Jordan would set a precedent as the finest individual player in the NBA, but he would need a team to upset the powerful Celtics.

Michael Jordan was the finest pure talent in the NBA by his first season since he was already exhibiting glimpses of greatness at 21 years old. However, having a superstar like Larry Bird at his peak had to teach Jordan some painful lessons, some of which may have helped him become the best of all time. Jordan faced Larry Bird on 28 different occasions throughout the regular season, totaling nine years of epic confrontations. Between 1984 and 1992, Jordan and Bird had several chances to outperform each other in individual contests.

Despite putting up incredible scoring figures, Jordan could never beat Bird in those nine seasons, losing 17 of 28 matches. During those matchups, the Bulls shooting guard averaged 33.5 points per game, while Bird added 26.9 points and 8.6 rebounds. Jordan was clearly the better individual scorer and athleticism, but Bird exploited other aspects of his game to defeat the Bulls.

Higher scoring stats worked in 11 of the 28 games, but it was evident that the rookie shooting guard did not have enough skill on his squad early in his career. This helped the Celtics beat the Bulls both during the regular season and in the playoffs. Of course, Jordan would receive an All-Star in Scottie Pippen by 1990. Jordan would have beaten Bird seven times between 1990 and 1992, with four of those victories occurring between 1984 and 1989.

Jordan clearly needed All-Star assistance to defeat Bird, who just had the guard’s number for the entirety of the game. Those teachings may have taught the future GOAT how to be a well-rounded superstar, as Jordan would go on to become a 6-time NBA champion and one of the best athletes in professional sports history.

How many times did Larry Bird and Magic Johnson meet in the finals?

The duo was incredibly dominant during the 1980s. In fact, Bird and Magic Johnson played in each NBA Finals of the decade and had a combined 13 NBA Finals appearances between two during the 80s

While Bird was the better shooter, Magic was the better playmaker, so those advantages are a wash. Yet, both players were known for their versatility, but in that area, Johnson proved to be better with his commanding lead in triple-doubles.

Did Magic ever beat Larry in the finals?

BOSTON — The Boston Celtics, pro basketball’s most successful team, used a 24-point performance by Cedric Maxwell and 20 by Larry Bird to beat the Los Angeles Lakers 111-102 Tuesday night in the seventh game of their championship series and win an unprecedented 15th NBA title

How many times did Jordan lose to Larry Bird?

How many championships did larry bird win?

How many rings does magic johnson have

In short, Larry Bird was the best player of his era. He was able to score at will, pass the ball well, and play defense. He was a total package and was able to lead his team to numerous championships.

Michael Jordan was the best player of all time. He was able to score at will, pass the ball well, and play defense. He was also able to lead his team to numerous championships. He was the greatest player of his era and was able to surpass all of the other great players of his time.