In this blog, we will compare and contrast the careers of two NBA legends: Kobe Bryant and Larry Bird. Both players were incredibly successful during their time in the league, but there are some key differences between their games. For instance, Bryant was a much more prolific scorer than Bird, while Bird was a better shooter and passer.

We’ll take a closer look at the stats and achievements of each player to see who comes out on top in this matchup. 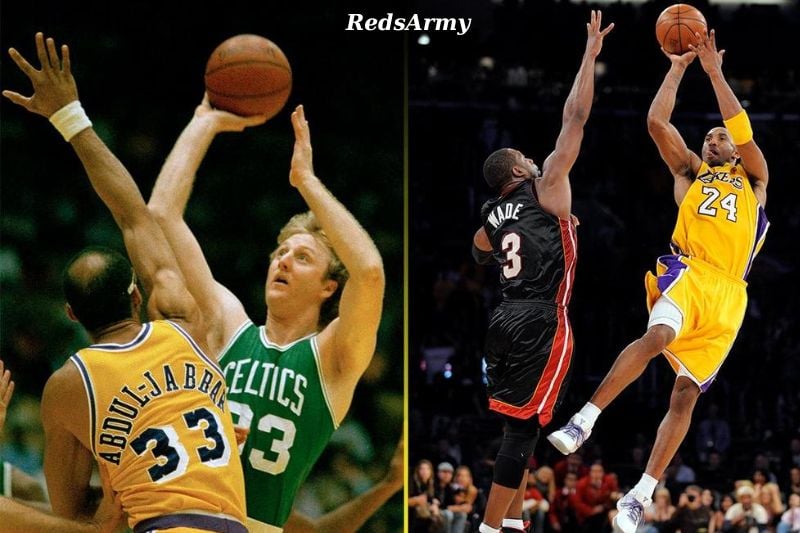 Kobe Bryant’s place on the all-time list is controversial. Some consider him the GOAT, while others believe he is only a top 20 player of all time. Most people rank him in the top ten of all time, although there is considerable controversy about where he ranks.

Johnson, in my opinion, is the third-greatest player of all time. My top three are 1) Michael Jordan, 2) Kareem Abdul-Jabbar, and 3) Magic Johnson. Kobe isn’t there…yet.

So Kobe will have to settle for a spot in the fourth through tenth categories. Russell, Wilt, Bird, Shaq, Duncan, and Hakeem are among his opponents. Those are household names. Just being on this list indicates you’ve attained basketball immortality.

But Russell, Wilt, Bird, and Hakeem will not succeed. Duncan and Shaq are still active, but they are unlikely to have a significant enough influence to propel them up the all-time list. So Kobe will have the ability to rise even higher than he is today with more rings and heroics.

When I think of where to place Kobe Bryant, I think of Larry “Legend” Bird. Kobe is better than him. Period. So, wherever you have Bird, move Bryant one slot ahead of him.

To the old-timers, the suggestion is sacrilege. I’ve heard Larry Bird is “simply flat-out better than Kobe Bryant.” However, when both raw and advanced statistics are considered, it is evident that Bryant is the greater performer. 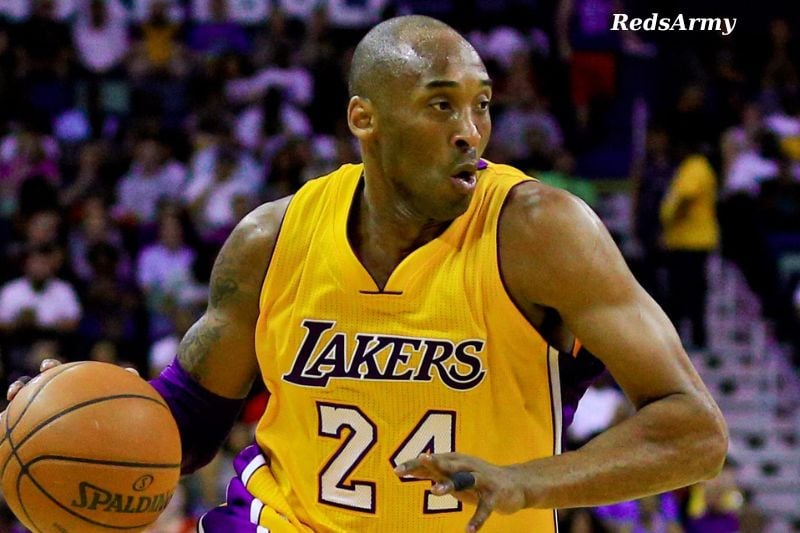 Larry Bird, for example, has a career PER of 23.5. Kobe Bryant has a career player efficiency rating of 23.6. You could think the gap is insignificant, but keep in mind that Kobe entered the league at the age of 17. He didn’t play much during his rookie or sophomore seasons, both of which he had PERs under 20.

The playoffs are no different. Kobe Bryant’s postseason PER average is exactly 22.0, whereas Bird’s is just 21.4. Again, despite entering the league considerably earlier than Larry Bird and playing restricted minutes in his first three years, Kobe’s Player Efficiency Rating is better.

Of course, PER does not determine who is the superior player, but it does disprove the notion that “Bird was just better than Kobe.”

Then you look at all of the star games. Kobe has 12; Bird has 12. When it comes to All-NBA First Teams, Kobe has seven (probably eight after this year), and Bird has nine. Kobe has 11 All-NBA Team honors, while Bird has 10.

So far, Bird and Kobe are as close as they come, but Kobe actually outperforms Bird on the defensive end. Kobe Bryant is a legendary defender. While many fans believe Bryant’s defensive reputation is exaggerated, the NBA coaches have named Kobe to the All-Defensive Team nine times. Only five players in NBA history have had more defensive team selections than Bryant. Bird is not one of them. Throughout his career, he was only chosen three times.

People love to point up Bird’s MVPs over Kobe, but in truth, that is the weakest justification for Bird. First, Bird won in 1984, 1985, and 1986. Who else was going to win? It was either Magic or Bird in the 1980s. There was no one else until Jordan came up, and even then, it took a while for the Bulls to become successful enough for Michael to be considered for MVP. 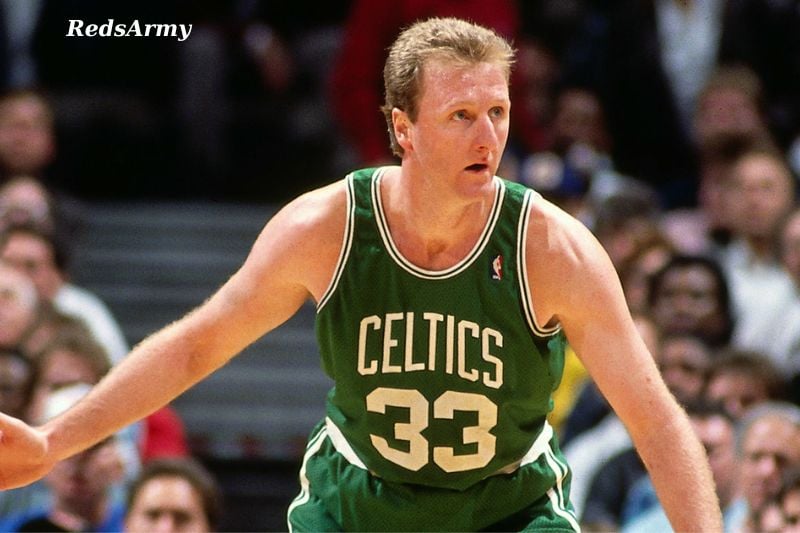 Kobe will never win an MVP award, but such accolades were never based on a player’s ability. Kobe has played in the most talented period. You will never find an era in history that featured more great—potentially all-time great—players than the one in which Kobe played. Shaq, Duncan, Wade, LeBron, McGrady, Carter, Roy, Nowitzki, Nash, Howard, Garnett—for this era, Kobe is rated better than any of them.

LeBron is getting up to Kobe, but Bird was never considered the league’s finest player by fans or peers. For over a decade, Bryant has been regarded as the finest player in the age of talent. 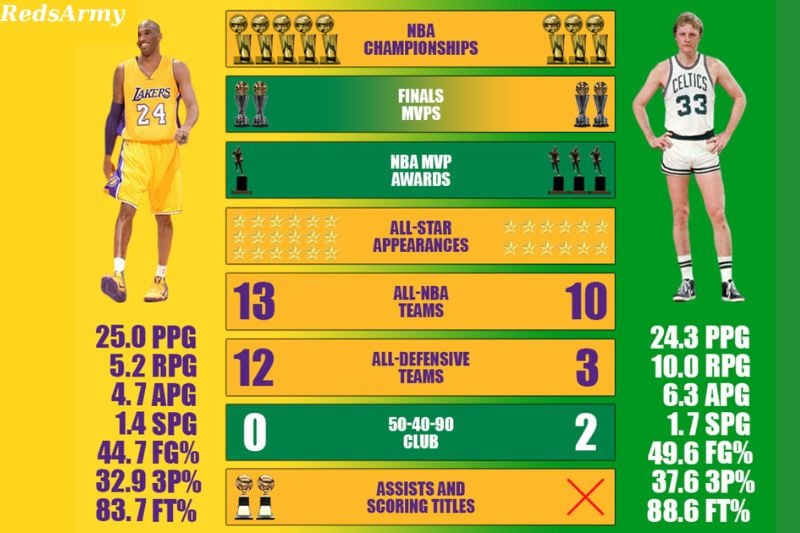 READ ALSO  How many rings does Kevin Durant have? 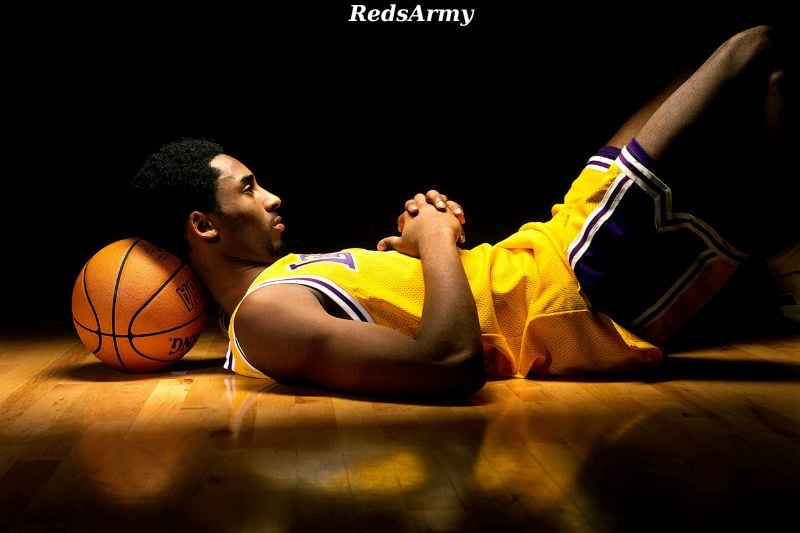 READ ALSO  Who is the shortest NBA player 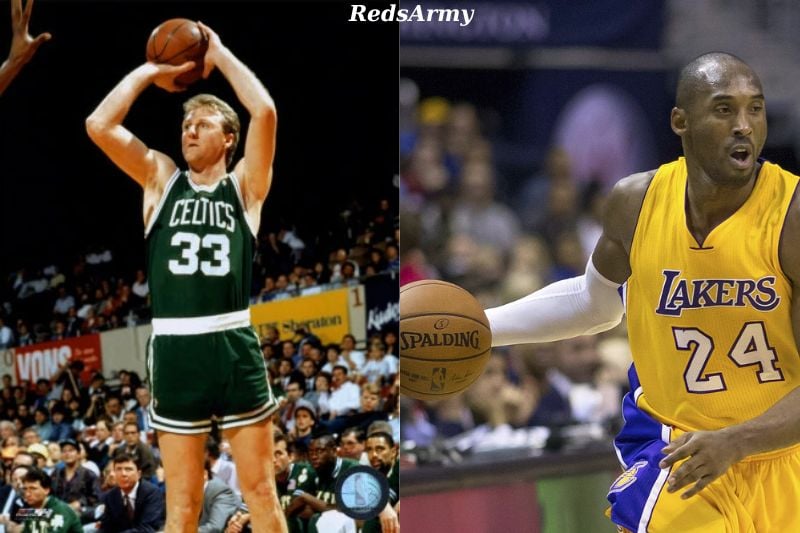 Did Kobe Bryant ever play against Larry Bird?

The two waged war in one of the most memorable Finals series in NBA history (1984), then battled twice more in the 1985 and 1987 Finals. Bryant never had a rivalry along the lines of the one between Larry and Magic, unless you’re willing to include his own teammates (namely, Shaquille O’Neal).

Who was better, Bird or Jordan?

Bird’s career stats aren’t as glamorous as Jordan’s because his points per game average isn’t as high, but his all-around game was better. Remember, this is about the best player ever, not scorer, winner or clutch performer. What he lacks in scoring by six points, Bird makes up in other categories.

Is Bird better than Magic?

RedsArmy hopes the information in this article was useful to you. Thank you for reading