In this blog, we will compare and contrast the two basketball greats: Kevin Durant and Michael Jordan. We will discuss their playing styles, their accomplishments, and what makes them each unique. Whether you are a fan of Durant or Jordan, we hope that this blog will give you a greater appreciation for both players. 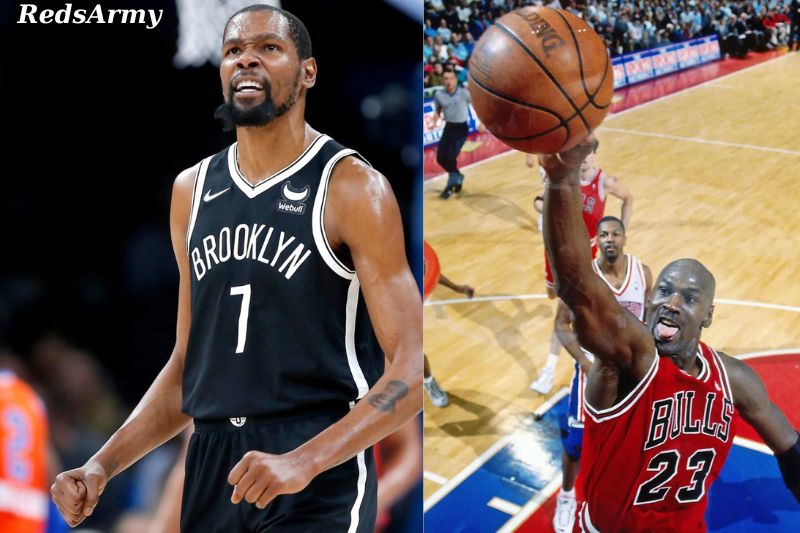 The advanced statistical categories provide a more in-depth examination of Michael Jordan vs. Kevin Durant’s figures than the standard boxscore data, enabling us to analyze each player’s talents and production and their respective contributions to their teams. 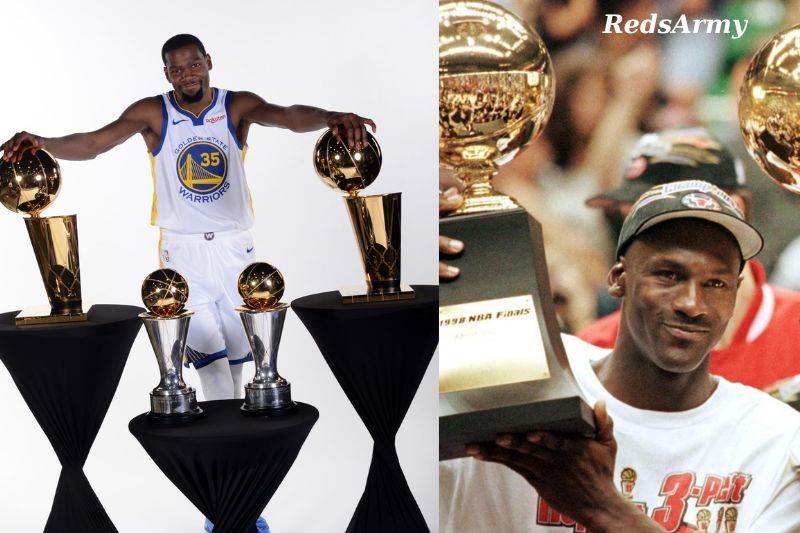 The Naismith Memorial Basketball Hall of Fame is a unique fraternity of the finest players to ever play the game, with just 171 players inducted to date. 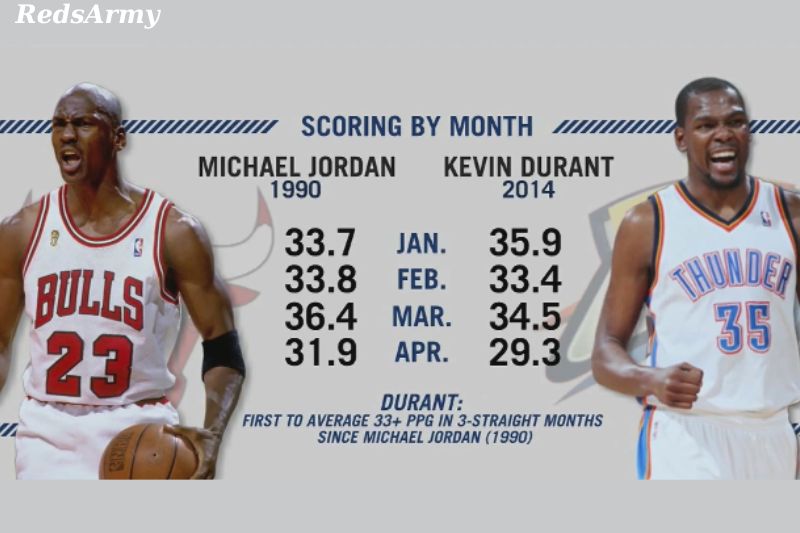 Why Kevin Durant Is A Better Scorer Than Michael Jordan 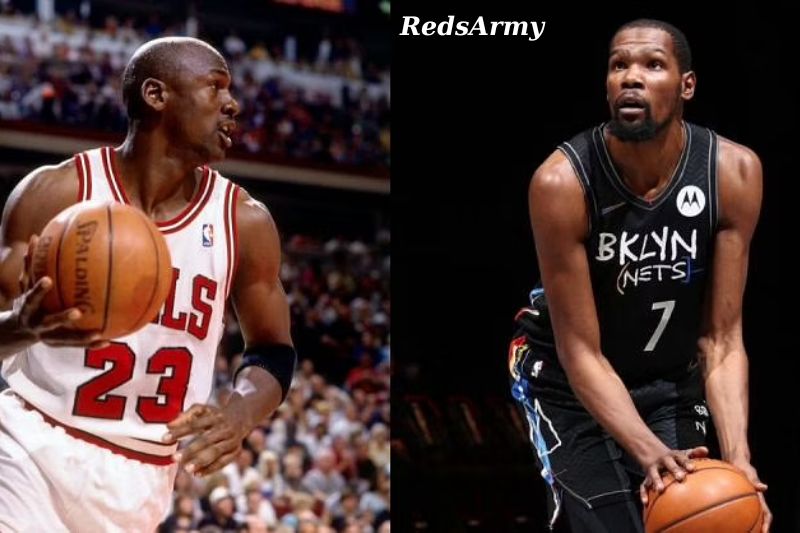 Michael Jordan was listed at 6’6″ and had a wingspan of roughly 6’10”, 6’11”. Kevin Durant is four inches taller than Michael Jordan, standing at 6’10”. Durant has a reported wingspan of 7’5″. That is six inches longer than Jordan’s wingspan, implying that Durant has few opponents capable of guarding him. Durant simply shoots over lesser players, and if opponents send bigger players (power forwards) to guard him, he just blasts by them due to his superior agility.

Another crucial issue is Kevin Durant’s extraordinarily high release point. Durant launches his jump jumper from about 11 feet in the air. Most NBA players cannot jump that high when they are forced to challenge a jump shot without appropriate space or momentum.

2. Kevin Durant has shot better than 50.0% from the field in eight NBA seasons (and counting), whereas Michael Jordan had only six. 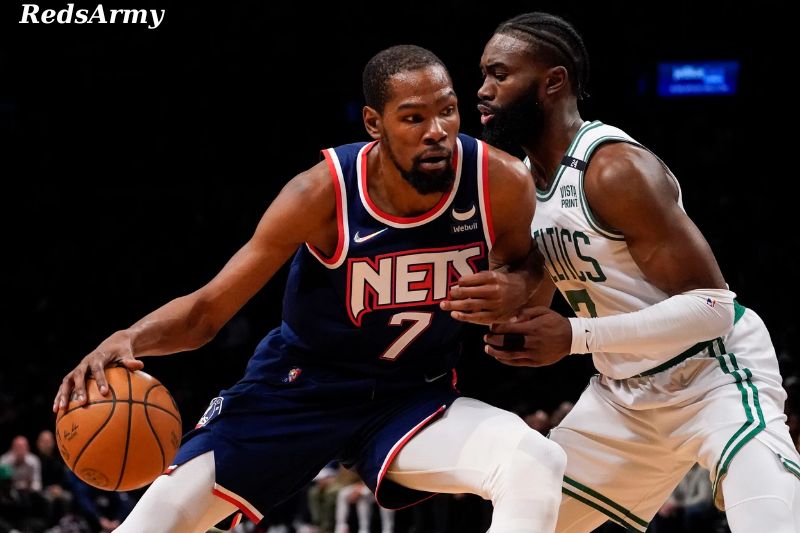 Over the course of his 13-year NBA career, Kevin Durant has shot 49.4% from the field. Michael Jordan outperforms Durant in the overall study, shooting 49.7% during his career (including his time with the Washington Wizards). However, a closer examination of shooting efficiency exposes another aspect of the similarity.

As the body loses agility, speed, and athleticism over time, even the best players’ shooting suffers. But Durant’s skill appears to be maturing like excellent wine. If he continues to develop at his present rate, Durant might surpass Jordan’s field goal efficiency by the time he retires.

3. Kevin Durant is unquestionably a better three-point and free-throw shooter than Michael Jordan. 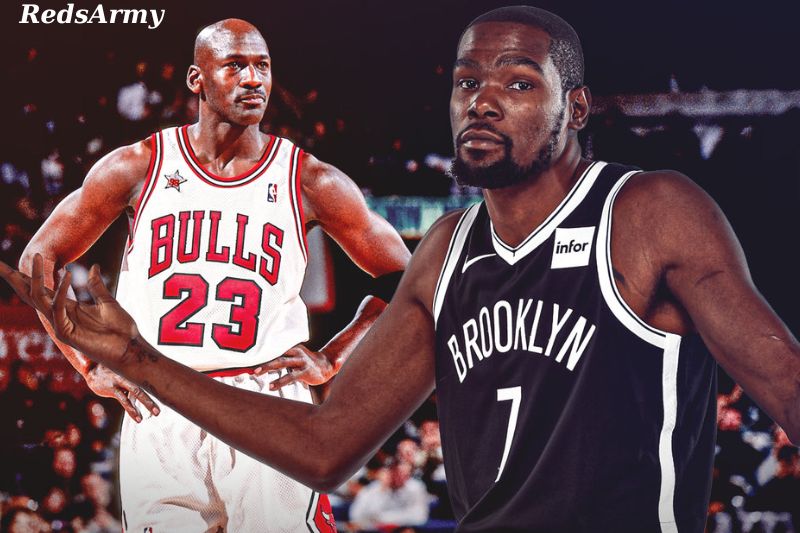 This is a no-contest zone. Kevin Durant has a lifetime three-point percentage of 38.4% and a free throw percentage of 88.3%. Michael Jordan, on the other hand, shot 32.7% from downtown and a solid 83.5% from the charity stripe. Jordan, of course, was not pulled up to the three-point line.

READ ALSO  How To Cancel NBA League Pass Before You're Stuck Paying For Another Season!

The arc was first used in collegiate basketball in 1986, a few years after Jordan entered the NBA. But it isn’t Durant’s fault. He is an expert at this contemporary part of the game, having made 1655 career triples versus Jordan’s 581 long-range splashes.

Take a look at the tweet below. Kevin Durant did not win a single 1v1 game against the King. Wow. This is a 7-foot sniper, a build many think to be virtually unbeatable in any kind of game, never mind a 1v1 setup.

Kevin Durant is one of the greatest scorers in NBA history, and he could potentially beat even Michael Jordan.

Why is KD the best scorer ever?

Durant is the most efficient scorer in league history, and it’s really not all that close. His marksmanship from every area on the floor, coupled with his superb free-throw shooting, makes him one of the most destructive scorers ever. Durant’s proficiency makes his competition look average in comparison

There is no clear-cut answer as to who is better, Kevin Durant or Michael Jordan. They are both incredible players with a lot of individual awards and accomplishments. However, when looking at their overall impact on the game, it is clear that Jordan was the more dominant player and had a greater impact on winning.