In this blog, we will compare the two superstars’ small forwards in the NBA, Kawhi Leonard and LeBron James. Both players are at the top of their game, but who is better? We will take a look at their stats, accomplishments, and impact on the court to make our decision. 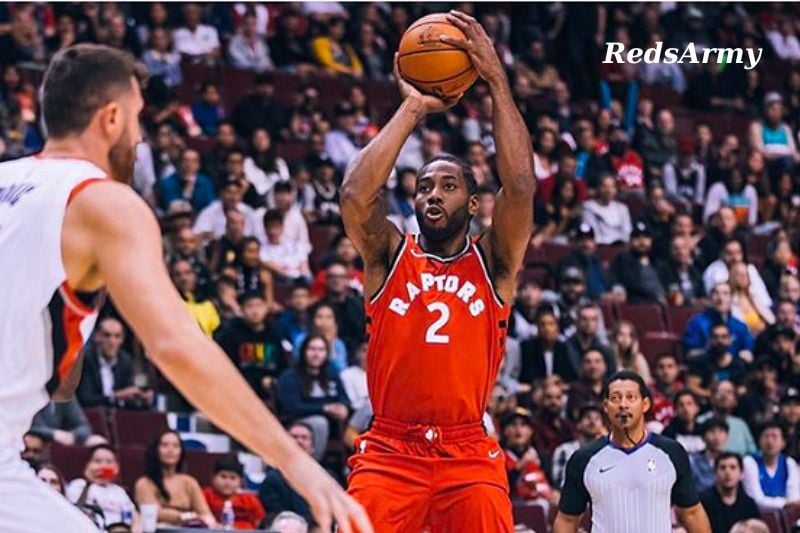 Kawhi Leonard is averaging 27.1 points per game on 47.0% shooting from the field. He also has a free-throw percentage of 88.6% and a three-point percentage of 37.8%. Kawhi moves and scores at his speed, never rushing and always in command, much like Michael Jordan used to.

LeBron James is becoming older and is more suited to being a primary playmaker rather than the primary offensive option. James can still score whenever he wants, but his style of play requires him to score less frequently. LeBron James is hitting 34.8% from the three-point range. His free throw percentage is also low (69.3%), averaging 25.3 points a game this season.

Kawhi is a stronger scorer because he is younger and the primary offensive option. He can take any shot he wants and is expected to score more points for his team, whereas LeBron can rely on Anthony Davis. 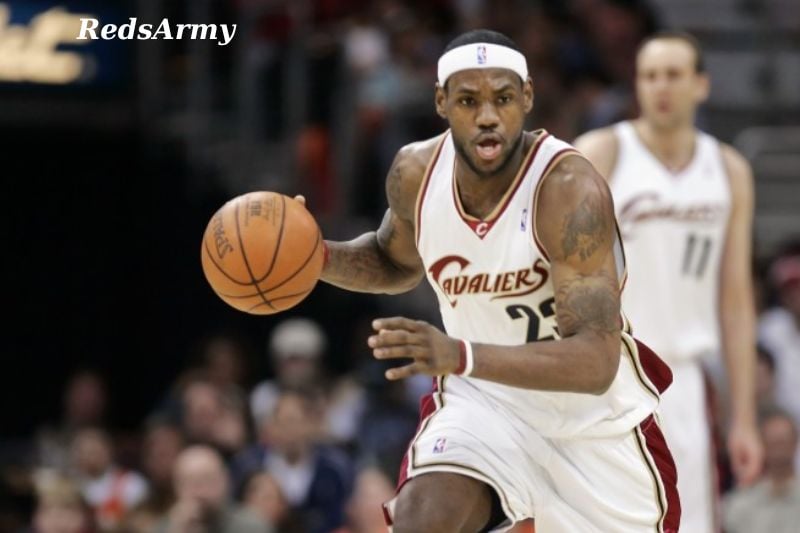 Kawhi Leonard is a very athletic player for his size since he is strong and has a quick first step. Kawhi will not necessarily jump from the roof, but he has massive hands and a powerful body that can take and absorb contact. Leonard has the ability to chuck it down at times and uses a combination of vertical and speed to get his shots off the ground. However, he is not LeBron James.

LeBron remains one of the most athletic players in the NBA. He is 35 years old, but his strength and explosiveness allow him to dominate the game. James takes better care of himself than any other NBA player in history, and his athleticism even surpasses that of the younger Kawhi Leonard. 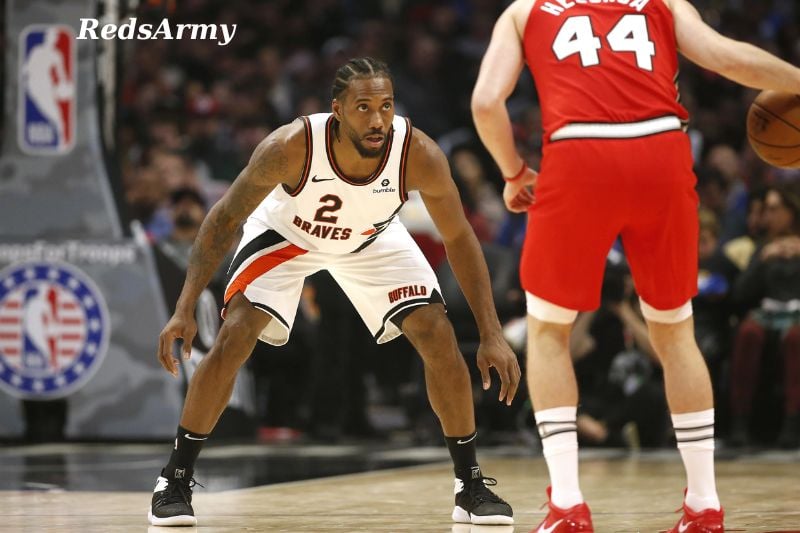 Kawhi Leonard is a fantastic offensive player, and his scoring figures speak for themselves. However, Kawhi Leonard is regarded as one of the top two-way players in the NBA since he is the league’s best perimeter defender. This season, Kawhi averages 1.8 SPG and 0.6 BPG, but his effect extends beyond the numbers. Kawhi has proven that he can lock up the majority of guys on any given night.

LeBron James has been ineffective on defense for several years now, owing to his excessive offensive responsibilities. LeBron does everything on offense for his team, including being the key playmaker and second-leading scorer, at the expense of his defensive ability. Because Kawhi has won two Defensive Player of the Year awards, this is a no-brainer. 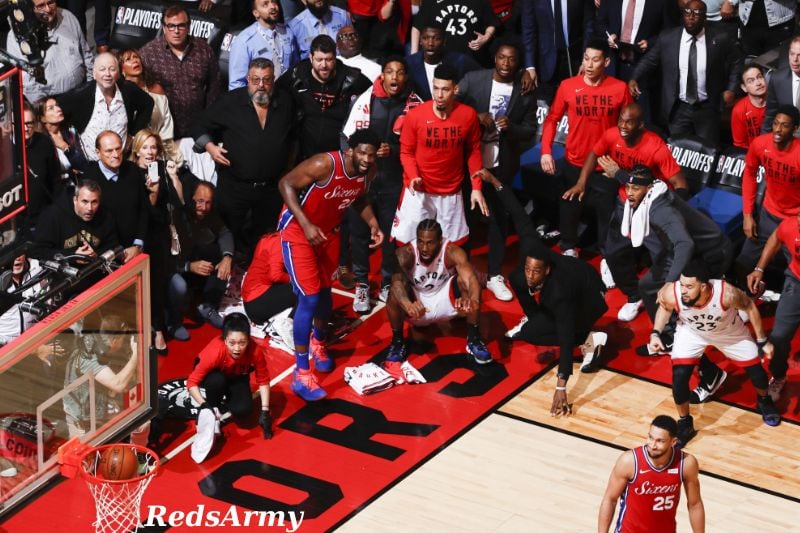 Kawhi Leonard has established himself as a clutch performer. His game-winning shot over Jimmy Butler in last year’s playoffs propelled the Raptors to the NBA Finals. Kawhi is a fantastic shooter who can put on his own show and rarely feels rushed when he has to make a move. His patience and shooting ability give him the upper hand here.

LeBron James does not suffer with decision-making, and he is experienced enough to be productive in crunch time. He frequently makes the correct moves, which sometimes qualifies him as a clutch player. However, LeBron tends to avoid tense situations, frequently drawing up plays for others. He is virtually always the best player on the court. Therefore he should take on a little more scoring responsibility. 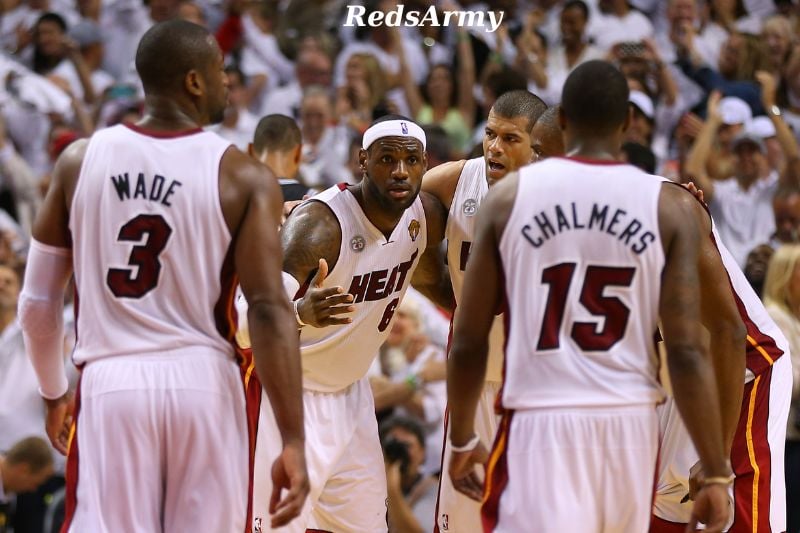 Other than Chris Paul, LeBron James is the league’s best leader. LeBron James is a role model for every athlete in the league, whether he leads vocally or via his skills. James works harder than anyone else in the game right now, spending almost $1 million a year to maintain his body. He is in fantastic shape and is unquestionably one of the greatest basketball leaders of all time.

Kawhi has grown as a leader, and he now bears the burden of winning and carrying his team. Kawhi was formerly quiet and in the shadows of important personalities like Tim Duncan and Greg Popovich, but he has now emerged as a top-3 player in the league. When it comes to leadership, Kawhi leads by example, but he isn’t LeBron James. 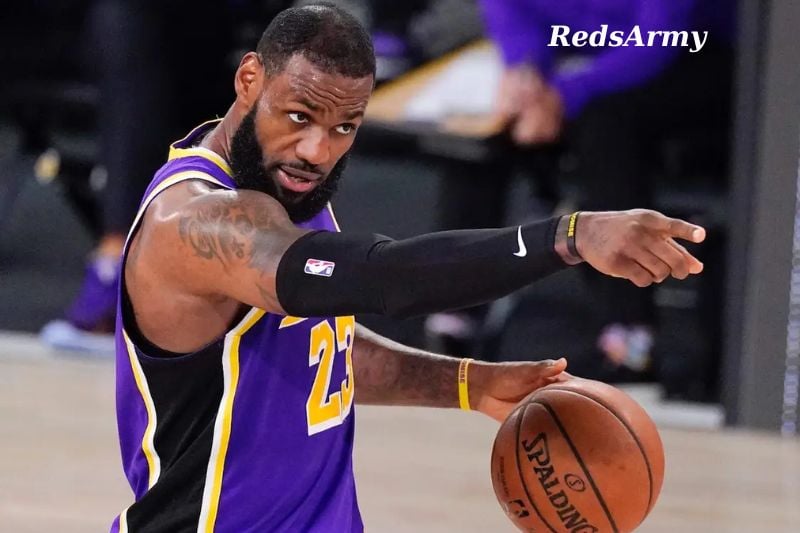 When it comes to basketball intelligence, LeBron James is possibly the best in NBA history. LeBron James is capable of accomplishing anything he sets his mind to, including topping the league in scoring or assists. LeBron is able to dominate the game in every area because he is a master’s student of the game. His experience and numerous postseason appearances benefit him even more, and no one has his basketball intelligence.

Kawhi Leonard certainly has a high IQ and is now one of the finest overall players in the NBA. He dominates on both ends of the field and has no weaknesses. The fact that Kawhi moves at his own pace demonstrates his intelligence, but he is not on LeBron’s level in this regard. 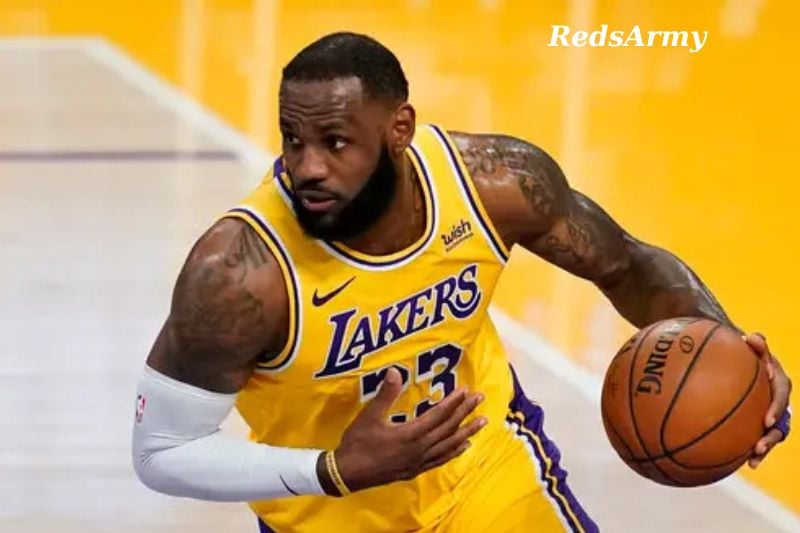 This is the most difficult to assess. LeBron currently leads the NBA in assists and is the best passer in the game. He can get to the rim whenever he wants, find open shooters, and control the tempo of the game better than anybody else in the NBA.

Kawhi’s effect is undeniable, as he is currently one of the best two-way players in the game. He has transformed the Clippers into a major danger in the West, and they may be the favorites to win it all.

Considering everything, both players have an equal impact. Kawhi may have the better offensive and defensive numbers, but LeBron James is just the best passer in the league.

READ ALSO  Michael Jordan Vs Kobe Bryant vs Lebron James: Who Was the GOAT 2022 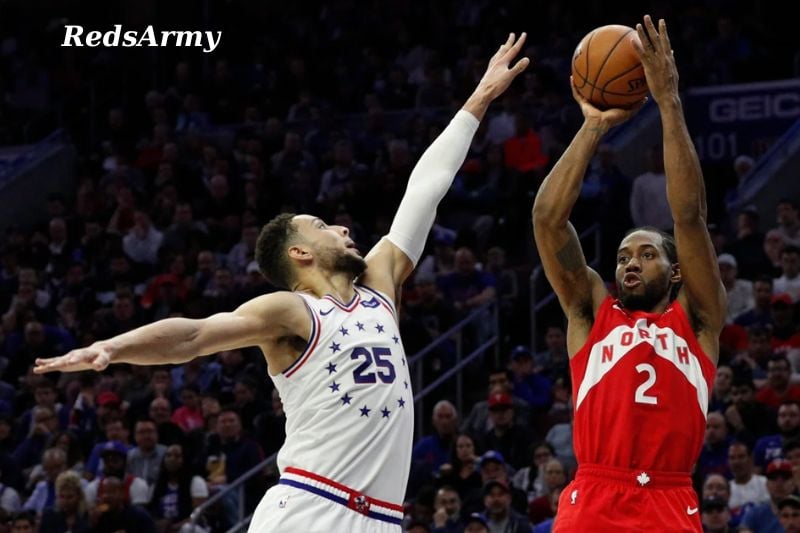 Kawhi Leonard is a better one-on-one player than LeBron James at this point in their careers. Kawhi’s shooting is crucial in this situation because he is better from the free-throw line and from a distance. Kawhi is also younger, so he can handle the burden of going one on one more frequently, which gives him an advantage.

LeBron has never been a one-on-one scorer, preferring to score at the tempo of the game. He scores the ball more easily than other players at his position since he is so physically dominating and skillful. However, he has demonstrated that he cannot always create his own shots as frequently as Kawhi since Kawhi is a better marksman. He has the upper hand in this one. 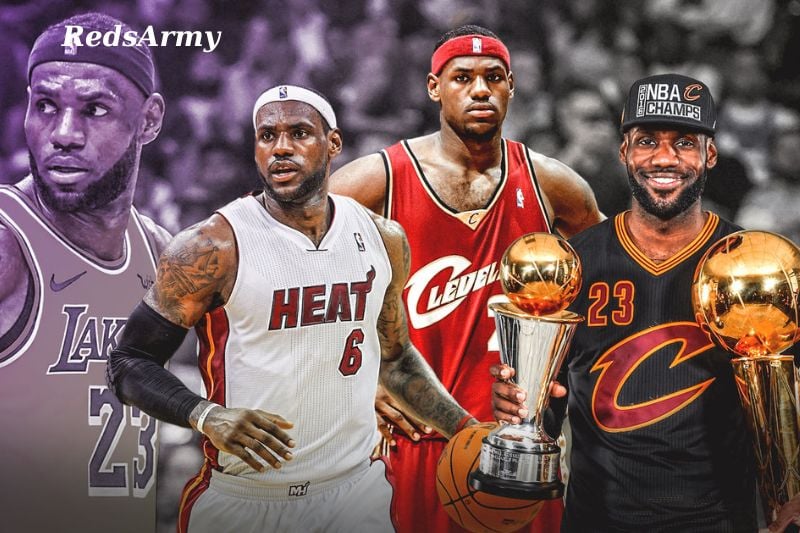 Without question, LeBron James has had a more successful career than Kawhi Leonard. Though Kawhi Leonard is only 29 years old and has plenty of time to add to his already Hall of Fame career, LeBron has already won three NBA championships and established himself in every aspect of the game. LeBron has appeared in the NBA Finals nine times, collecting three titles and three Finals MVP awards. James has a shot at making it four with someone like Anthony Davis on his side.

Kawhi has two Finals MVPs to his name and a shot for a third. Kawhi has four All-Star appearances to LeBron’s sixteen, while LeBron has 15 All-NBA Team selections to Kawhi’s three. Clearly, Kawhi has a long way to go before he can match LeBron’s Mt. Rushmore career; therefore, King James has a better career, and that may not change. 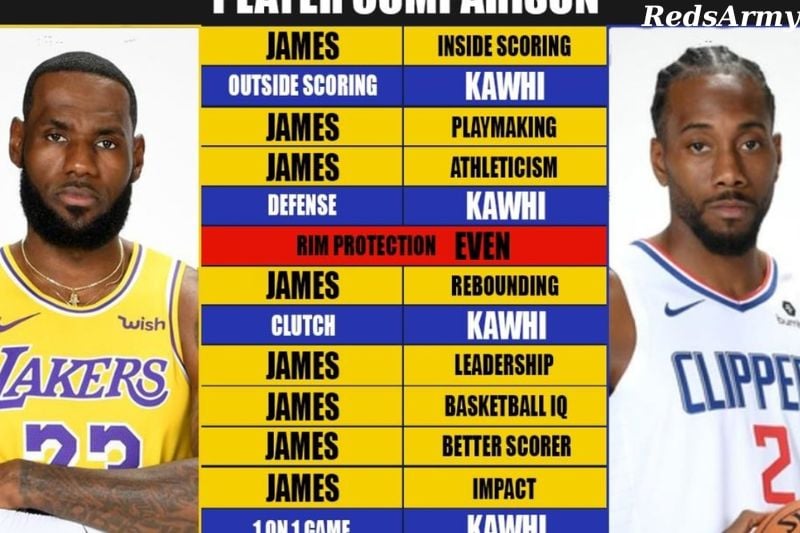 LeBron James is the league’s most charismatic leader right now. LeBron is a role model for many athletes in the league and basketball fans in general, whether by his actions or his words. He presently works harder than anyone else in the NBA, reportedly spending over a million dollars every year to maintain his body.

On the other side, we can see that Kawhi has improved his leadership and now accepts more responsibility for carrying his teammates. He leads by example, but he still has a long way to go in comparison to LeBron.

Kawhi certainly understands how to read a game and is one of the finest players in the NBA right now. He has no obvious limitations and dominates on both offense and defense. Having said that, he is not yet on LeBron’s level.

When it comes to game awareness, LeBron James is often regarded as the best player in NBA history. He is able to dominate in any facet he sets his mind to since he has been a lifelong student of the game, which he has perfected. His vast experience places him well ahead of the competition. 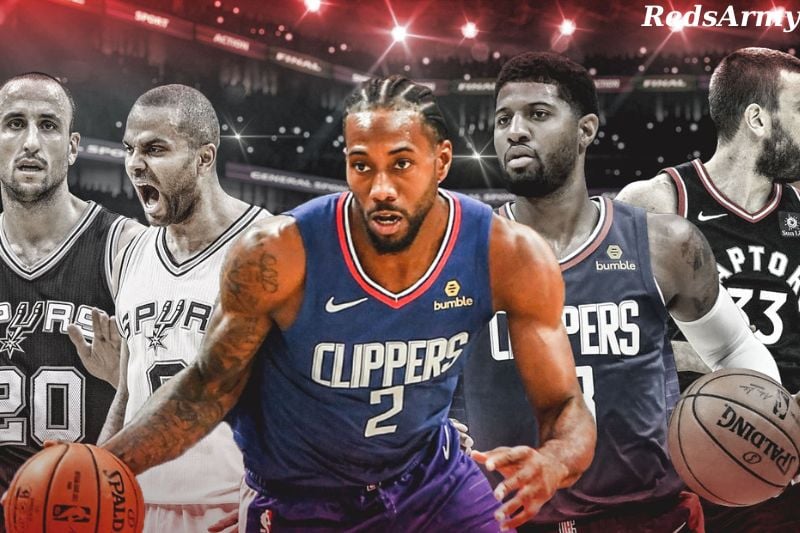 Kawhi Leonard will play small forward and shooting guard for the Los Angeles Clippers in 2021. It’s logical given his abilities as both an attacker and a defender.

His current teammates are: 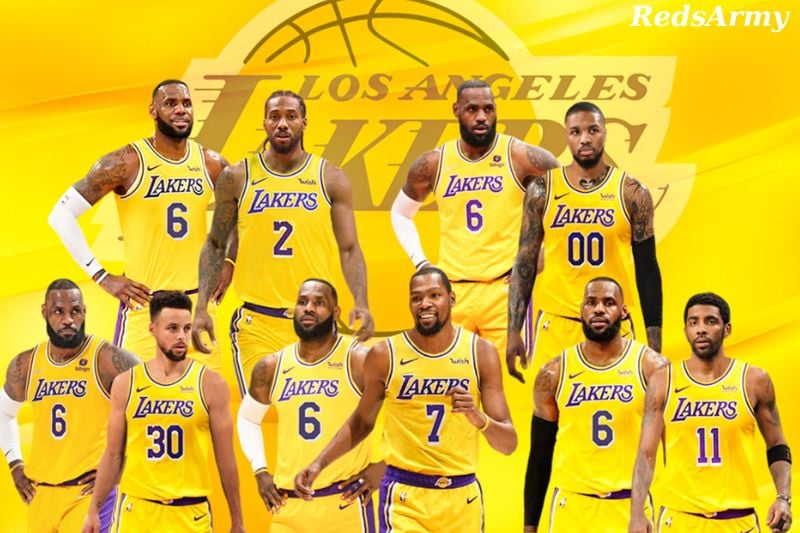 LeBron James has been a member of the Los Angeles Lakers since 2018. He is one of the few professional basketball players who can play all five positions, but he is officially assigned to small forward and power forward.

His current teammates are: 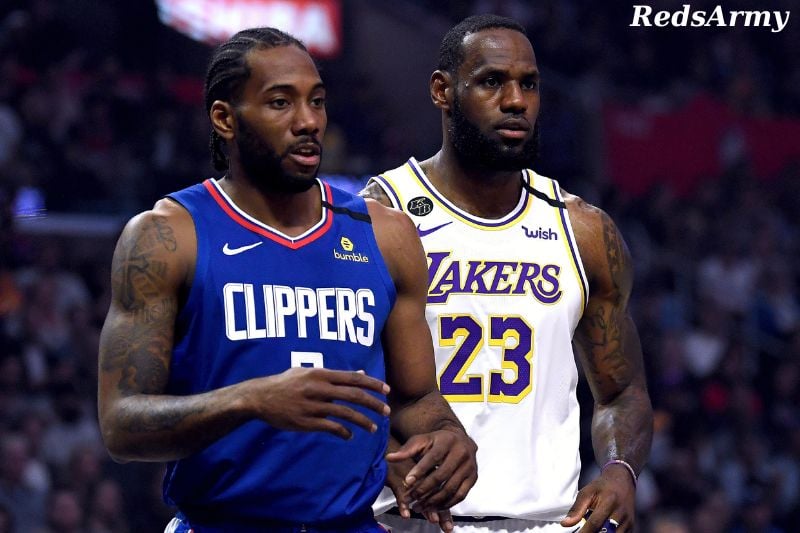 On the court, Kawhi and LeBron met a few times. To be precise, 26 times. Fourteen regular-season games and 12 playoff games, Kawhi Leonard’s club won the majority of those, with 16 wins and ten losses. Those games did a good job of highlighting their diverse playing styles. Looking at the figures, Kawhi scored more, and LeBron had more assists. Kawhi was more aggressive on defense, with more steals and blocks on average, but LeBron had more assists.

Stats in Games Between Them

Games with better stats than the other player…

How much does LeBron average against Kawhi Leonard?

LeBron James has averaged 23.6 points, 7.5 assists and 6.9 rebounds in 14 games versus Kawhi Leonard in his career.

Why is LeBron the best player in the NBA?

James has won half of his total championships since turning 30, along with two Finals MVPs. He’s been an All-Star every year, he’s been All-NBA every year, and he’s led the league in assists in that time frame while averaging a cool 26 points (52 percent shooting), 8 rebounds and 8 assists.

In short, That’s all about LeBron vs Kawhi.  Kawhi Leonard is a better player than LeBron James. Kawhi is a more efficient scorer and shooter and is a better defender. He also has a higher PER and Wins Shares per 48 minutes. LeBron is a better passer and rebounder, but Kawhi is the better overall player.