In this blog, we will take a look at the matchup between Karl Malone and Tim Duncan. These two players are some of the best power forwards to ever play the game, and they have had some great battles over the years. We will see how they match up against each other in several different areas and then see who has the edge. 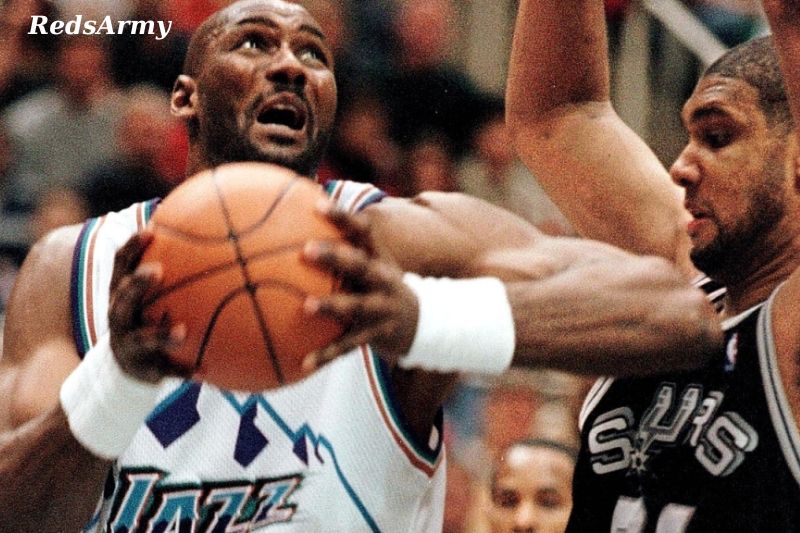 In addition to being 20-and-10 players on a consistent basis, multiple-time MVP winners, and annual First Team All-NBA selections, Tim Duncan and Karl Malone were members of a breed of players that are becoming increasingly rare in the NBA: players who spent their entire careers (or almost all of it) with the same team.

Duncan’s incredible rookie year would be the start of a remarkable run of consistency; over the next eight seasons, he would average at least 20 points, 11 rebounds, and two blocks per game on better than 49% shooting;

During that span, he would also achieve the trifecta of being an All-Star every season (except for the lockout-shortened 1998-1999 season, when it was not held), as well as being named to First Team All-NBA and First or Second Team All-Defensive each year The pinnacle of his career was winning the Most Valuable Player award in consecutive seasons (2001-2002 and 2002-2003), which made him one of just two MVPs in Spurs history (the other being Robinson).

Duncan would inherit the role of San Antonio’s indisputable franchise cornerstone and leader following Robinson’s retirement at the end of the 2002-2003 season. He would also establish an international triad with the French point guard Tony Parker and the Argentine shooting guard Manu Ginobili. 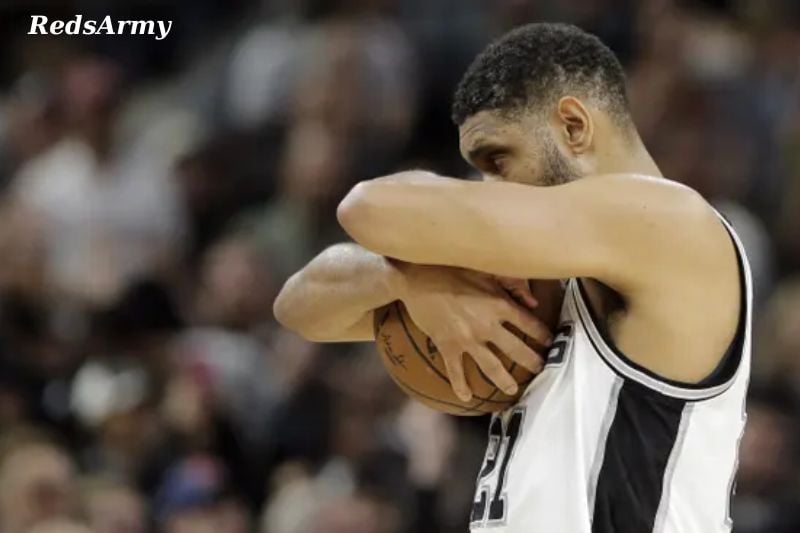 Duncan’s statistical production began to decrease gradually as he approached the midpoint of his career, but he continued to be a formidable opponent on both ends of the floor. The 2005-2006 season was the statistically worst of his career, with Duncan “only” averaging 18.6 points (on a career-worst 48.4% shooting) with 11.0 rebounds and 2.0 blocks per game; for most players, a selection to the Second Team All-NBA would be a great accomplishment; however, for Duncan, it was the first time in his career that he was not chosen for First Team All-NBA.

Duncan would make his final appearance in the All-Star Game, as well as be named to the Third Team All-NBA and the Second Team All-Defensive in 2014-2015. He would then quietly retire at the end of the following season at the age of 39, having spent his entire career with the Spurs. 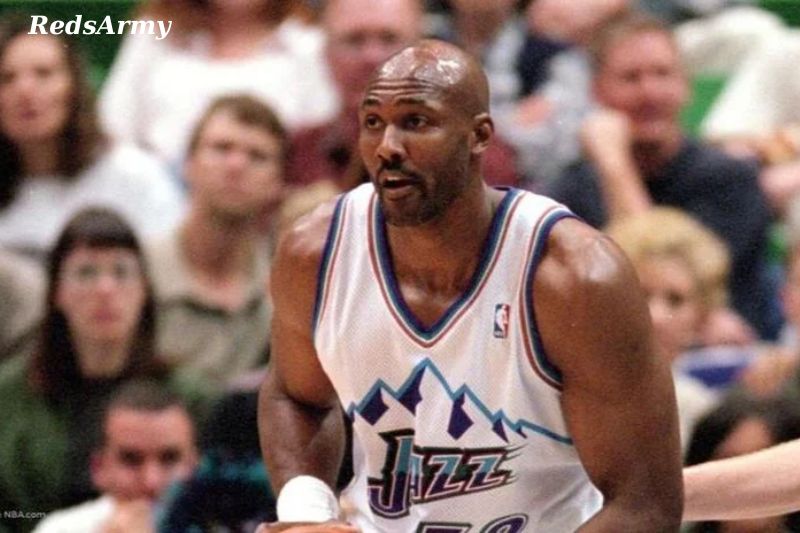 In a similar vein, Malone was a paragon of consistency throughout his long and illustrious career. Beginning with his second season, he would go on to post 17 consecutive seasons in which he scored at least 20 points per game, including 14 consecutive years in which he also averaged at least 9 rebounds per game.

During this time period, the late 1980s and early 1990s were some of Malone’s highest scoring years, as he averaged at least 27 points per game in each of the six consecutive seasons that spanned from 1987 to 1993; of particular note is the fact that he scored at least 30 points in a game on three separate occasions during this stretch:

Before reaching his MVP-level dominance in the late 1990s, Karl Malone maintained his status as a 25-and-10 guy for the Jazz during the middle of the 1990s. In the 1996–1997 NBA season, Karl Malone won his first MVP award by edging out Michael Jordan with a performance that saw him average 27.4 points, shooting 55.0% from the field, and pull down 9.9 rebounds a game.

The following year, Malone finished in second place, behind Jordan, despite having another outstanding year in which he averaged 27.0 points, shot 53.0% from the field, and 10.3 rebounds per game. Even though statistically, it was not one of his best years by his own high standards, Malone won his second MVP award in the lockout-shortened 1998-1999 season after Jordan announced his second retirement from the NBA. Malone averaged 23.8 points, shot 49.3% from the field, and pulled down 9.4 rebounds per game in the 50 games he played.

Malone’s averages started to drop off as the new millennium approached, but he still managed to put up 20 points and 8–9 rebounds per game in his years after winning the MVP award. After his longtime teammate John Stockton announced his retirement at the end of the 2002–2003 NBA season, Karl Malone became a free agent and decided to sign with the Los Angeles Lakers with the hopes of winning a championship. 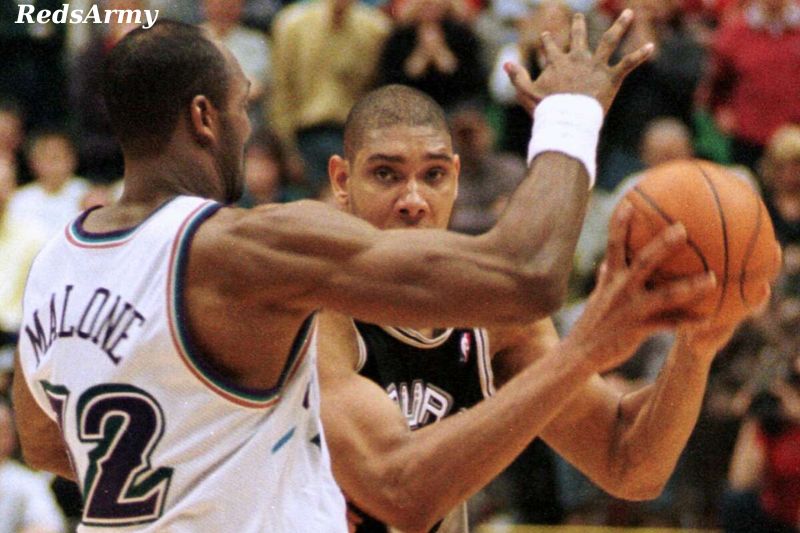 However, despite having posted good stats, he only played in 42 games before retiring at the end of the 2003–2004 season at the age of 40. He finished second in the history of the NBA in terms of career points scored, trailing only Kareem Abdul-Jabbar, who finished with 36,928 points.

In terms of how this translated to career accomplishments, both Malone and Duncan won the Most Valuable Player award twice, but Duncan has a slight edge in both All-Star Games and All-NBA selections (15 to 14 in both cases). The biggest difference comes on the defensive end, where Duncan was also named 15 times to the All-Defensive team, whereas Malone was only named to the team four times.

When considering advanced numbers, Duncan also holds a slight edge in Player Efficiency Rating (PER), but Malone has accumulated more career Win-Shares than Duncan has (as he continued to have heavy usage later in his career). Both Malone and Duncan are sure bets to be inducted into the Hall of Fame, given their status as two of the most dominant power forwards in NBA history; Malone was admitted in his first year of eligibility (2010), while Duncan followed suit in 2020.

Both Tim Duncan and Karl Malone are credited with guiding their respective teams to the postseason in each and every one of the seasons of their respective careers (though Duncan missed the 2000 postseason due to a meniscus injury suffered shortly before the end of the regular season). 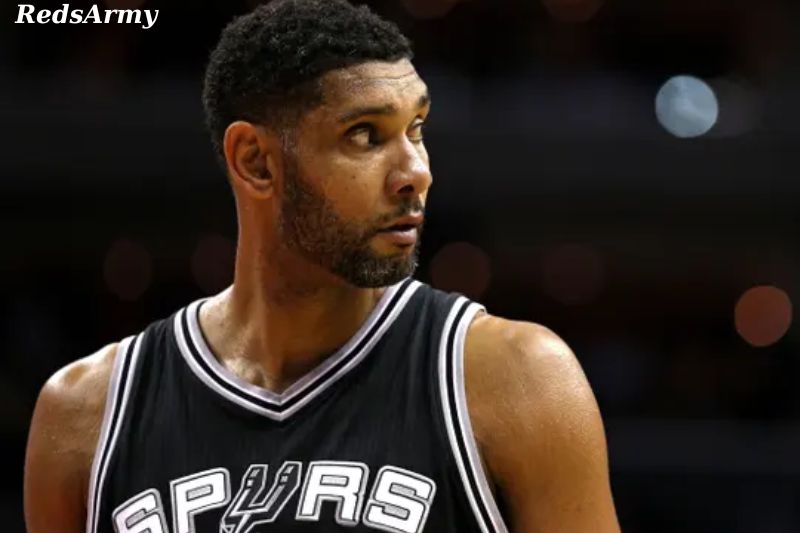 It is interesting to note that Duncan’s playoff numbers are actually slightly better than his regular season averages, whereas Malone’s are generally worse; in particular, and probably most glaringly, the Mailman’s shooting percentage plummeting from 51%+ to under 47% is the dip that stands out the most. This helps explain one of the most significant distinctions between their careers: whereas Malone, like many other great players from the Jordan era, was never able to win an NBA championship, Tim Duncan won the title of NBA champion five times.

Duncan not only won five NBA titles but he was also named Most Valuable Player of the Finals three times:

Duncan played a supporting role in the Spurs’ 2007 Finals victory over a youthful version of LeBron James and the Cleveland Cavaliers. 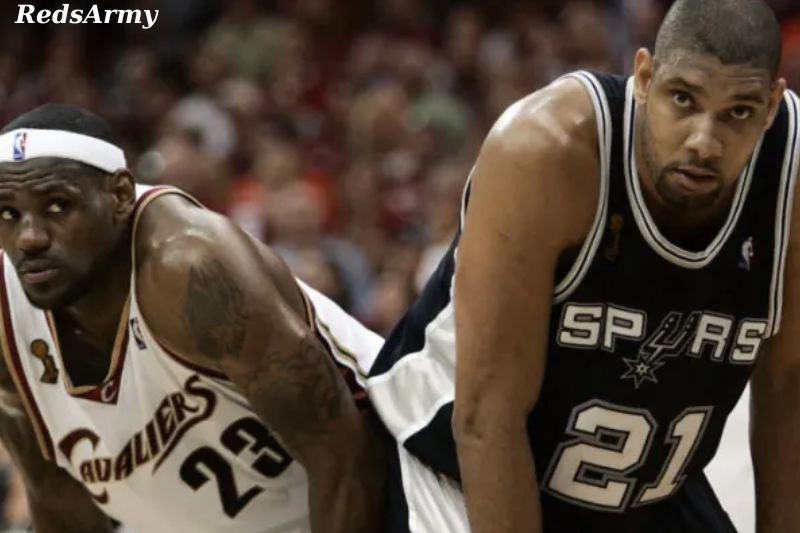 The Heat prevailed in seven games, highlighted by Ray Allen’s game-tying three-pointer in Game 6 of the NBA Finals; the only time he came up short in the NBA Finals was in 2013 when the Spurs lost to an older James and the Miami Heat; despite a strong series for Duncan, who played increased minutes beyond his regular-season workload and led the team (which the Heat eventually won).

The next year, however, the Spurs exacted their vengeance on the Heat by claiming a 4-1 victory over them, with Duncan once again averaging a double-double and leading the Spurs in rebounds.

Malone has the unfortunate distinction of having the most career postseason defeats, which stands in stark contrast to Duncan’s success in the playoffs (95). In the 1987–1988 season, he led the Jazz in scoring with 29.7 points per game, averaged 11.8 rebounds per game, and played a superhuman 45 minutes each game. 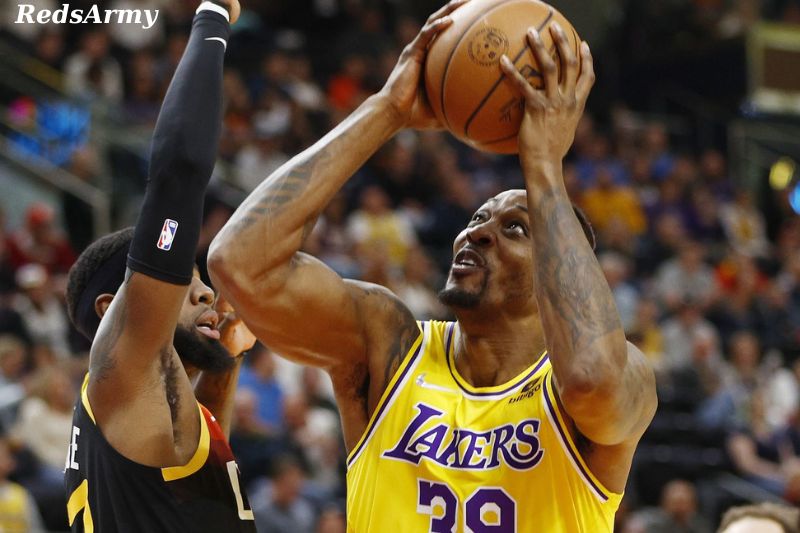 However, they were ultimately eliminated by the Portland Trail Blazers in the best-of-seven series. Back-to-back appearances in the NBA Finals were the closest Utah got to winning an NBA championship in the 1990s, a decade that was dominated by Michael Jordan and the Chicago Bulls. 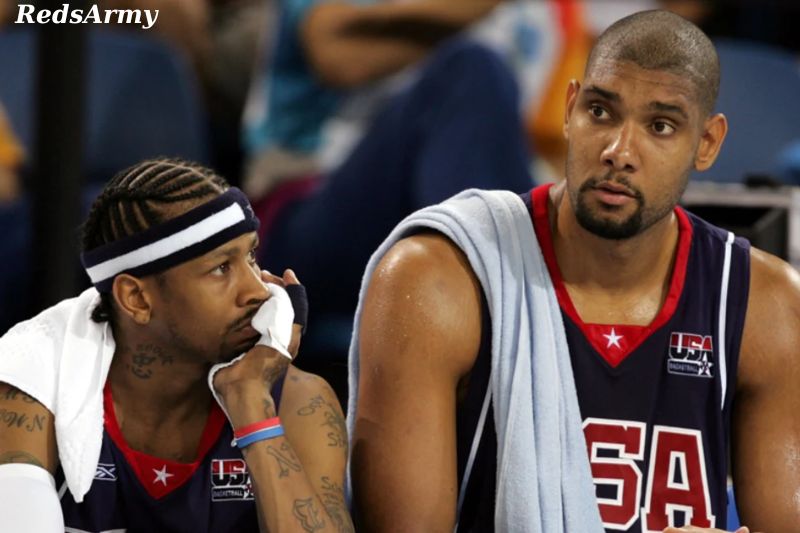 In addition, throughout their respective careers, Duncan and Malone were both indispensable members of the United States national basketball team. Duncan missed the 2000 Summer Olympics in Sydney owing to the injury that was described before, but he was a member of the team that competed in the 2004 tournament that finished in third place in Athens.

Duncan had previously won gold medals at the 1993 and 1997 FIBA Americas Championships (and led to the formation of the Redeem Team for the 2008 Games in Beijing). Malone actually enjoyed greater success on the international scene when he was a member of the teams that won the gold medal in 1992 in Barcelona and again in 1996 in Atlanta. 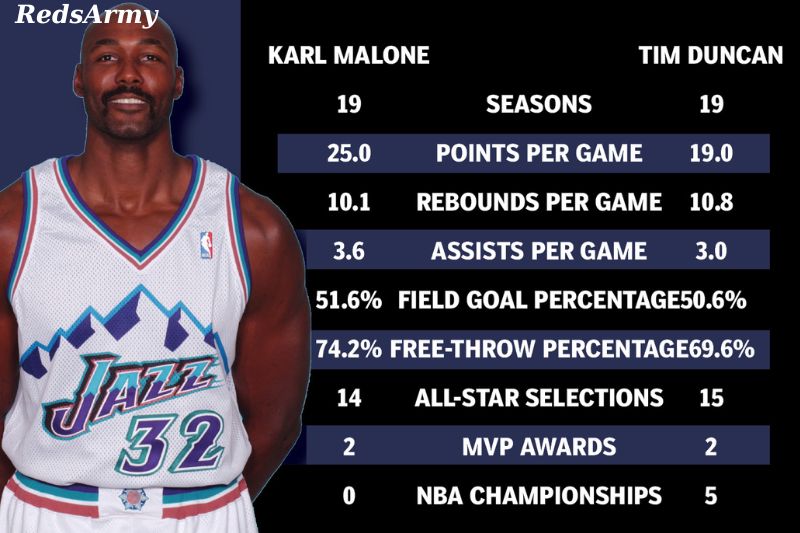 Every athlete goes through a natural career lifecycle, beginning as a rookie and progressing to peak years of performance before eventually retiring due to a combination of age and/or injury; despite their long and sustained excellence, Duncan and Malone would eventually decline owing to Father Time.

I prefer to look at a concept I term a “decade of domination” for Hall of Fame-worthy athletes across sports. The reasoning behind this is that for most Hall of Fame-type careers, there are generally 10 excellent seasons that characterize a player (this idea is mirrored in some ways by the NFL’s All-Decade teams), but they may not be 10 consecutive years owing to injury or other causes.

Who is better Tim Duncan or Dirk?

Dirk Nowitzki was a better offensive player who was one of the greatest shooters ever, but Duncan did more to impact the game over his career. Tim Duncan’s leadership on defense and his all-around game was the reason he captured 5 NBA rings over his career, which makes him the greatest power forward in NBA history.

Who is better Karl Malone vs Tim Duncan?

Karl Malone and Tim Duncan are two of the greatest power forwards in NBA history. They both had long, successful careers and were dominant forces on both ends of the court. It’s hard to compare the two players because they played in different eras, but based on their individual accomplishments, it’s clear that they are both all-time greats.