In this blog, we will compare the two greatest basketball players of all time: Kareem Abdul-Jabbar and LeBron James. Both players have achieved incredible things on the court, but who is the better player? We will take a look at their statistics, accomplishments, and impact on the game to try to answer this question. 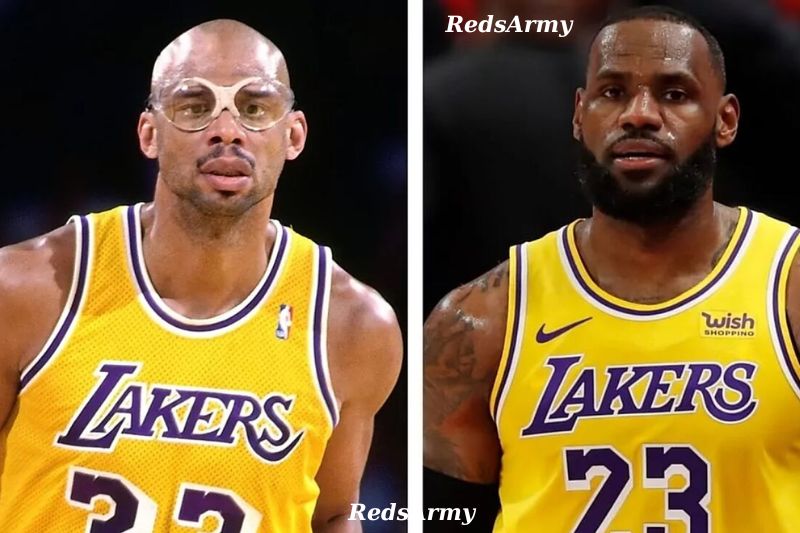 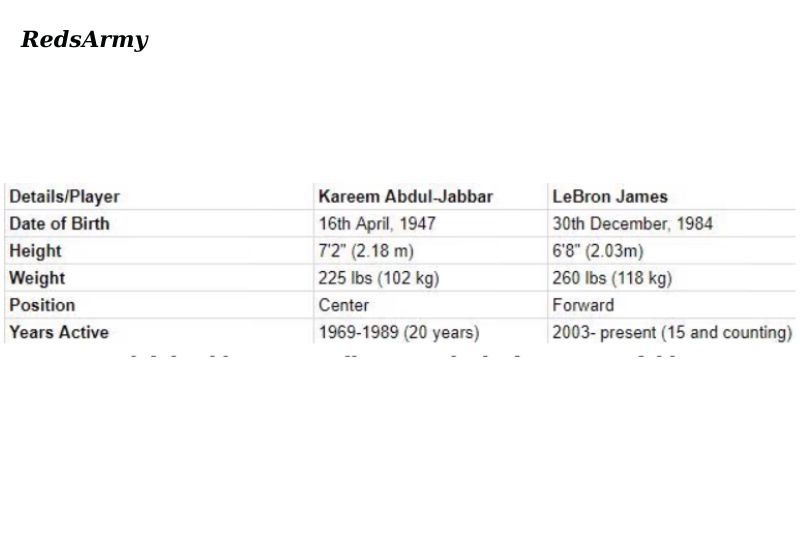 Kareem Abdul-Jabbar was a towering center with an unguardable “skyhook” who relied on his shooting due to a lack of extremely high levels of physical strength, but LeBron’s freight-train-like body combined with an otherworldly ability to accelerate at any time made him a nightmare for any defense.

Kareem typically used his large physical stature to score over lesser opponents, dominating the game during the 1970s and early 1980s. Prior to his enrollment at UCLA, his offensive ability prompted the collegiate basketball rules committee to declare dunking illegal.

LeBron James, on the other side, is a 6-foot-8-inch (2.03-metre) tall “point forward” who can bring the ball down the floor as well as play near the basket. James poses a unique challenge to opposing teams; his unrivaled agility and well-muscled body would not have been out of place in the National Football League.

Kareem Abdul-Jabbar certainly has twice as many championships as LeBron, who is in his 15th season in the NBA this year. LeBron has been chasing rings and superteam collaborations since he first entered the NBA in 2003, and he has managed to fill three of his fingers with title rings to date, winning two of them with the Heat (2012 and 2013) and the most recent one being the iconic comeback from 3-1 down against the Warriors in 2016.

Kareem’s NBA titles were evenly distributed across his 20-year career, with the first coming in 1971 with the Milwaukee Bucks and the last (sixth) in 1988. Kareem earned two NBA Finals MVP awards throughout his legendary six title campaigns, but LeBron won the Bill Russell NBA Finals MVP award every time his team won the NBA Championship.

In his 15th season, LeBron James averaged 32.4 points, 9 rebounds, and 9 assists while finishing as a finalist for the 2017-18 NBA regular season MVP award. He will undoubtedly play more seasons and continue to compete with the great Kareem in sectors that have been left unexplored.

Consider that the stats shown above are after Kareem Abdul-Jabbar has completed 20 seasons. LeBron, on the other hand, has just finished his 15th season and has put up numbers comparable to Kareem’s. Kareem outpaces James in every area of the game except defense.

LeBron’s scoring prowess and authority on the floor go far beyond the stat sheet. Both of these guys are capable of carrying their clubs all the way to the playoffs on their own.

The fact that his stats are on par with a man who was elected to the Naismith Memorial Basketball Hall of Fame in 1995 and designated one of the 50 best players in NBA history in 1996 puts LeBron’s brilliance into perspective. 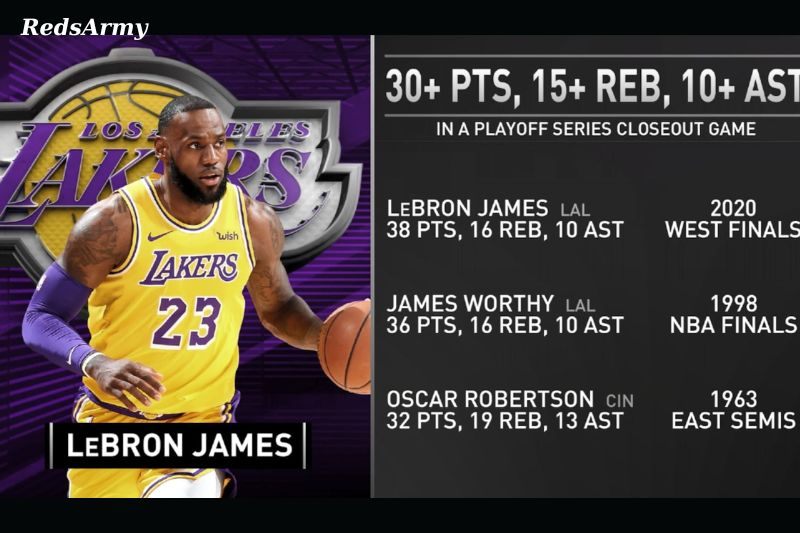 As has been seen time and again, James brings his A-game in the playoffs. With 6,911 postseason points, he is the Playoffs’ all-time top scorer. It is undeniable that ‘Playoff LeBron’ is the “Best Basketball Player on the Planet.” During his NBA career, Kareem reached the playoffs 18 times. LeBron has outperformed his stats from previous visits and has dominated the postseason stat sheets. 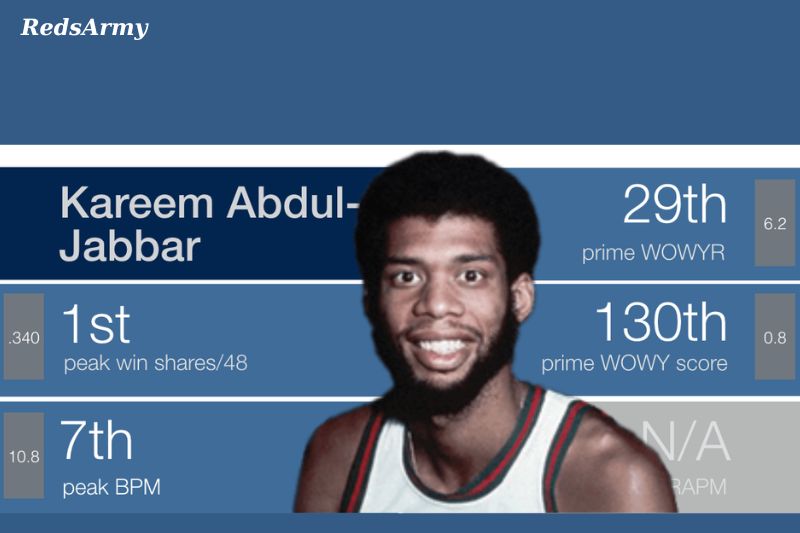 Although LeBron’s two-way effectiveness is unrivaled, he still has some room to make up in terms of block shots and rebounds. In well over 400 more games, Kareem has about double the rebounds and quadruple the block shots than LeBron had in the regular season.

The King’s active, hands-on defense (1,865 thefts versus Kareem’s 1,160) generates a lot of transition fastbreak points for his team, highlighting his intercepting skill and basketball IQ to read the play before it happens. Kareem Abdul-Jabbar, on the other hand, favored a shot-blocking mindset that matched his big physique and broad wingspan. 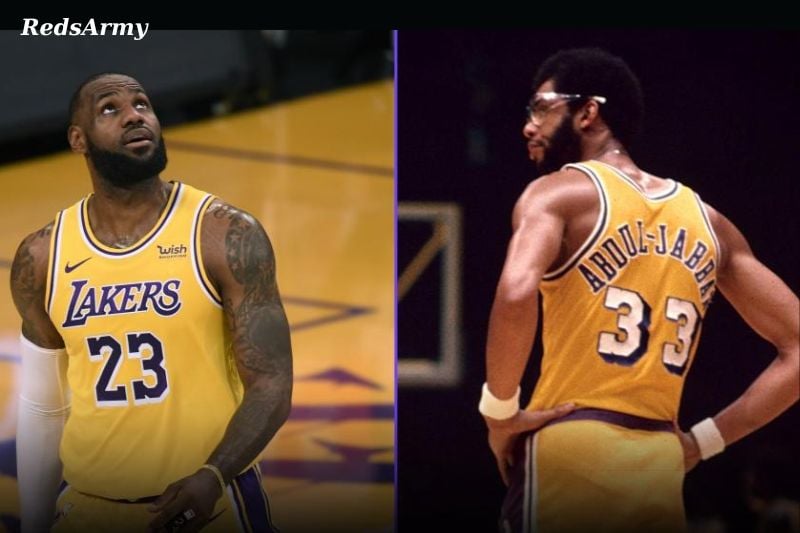 Kareem and LeBron have nearly identical shooting percentages in the postseason and regular season, IF the 3-point %, is ignored. Kareem played in an era when big guys were limited to the paint, and playmakers either gave them the ball or took long-range jumpers themselves. Big guys in that period were not supposed to be prowling around the 3-point line looking for triples but rather to struggle for a firm pivot position in the post.

Wilt Chamberlain, Bill Russell, and others cleared the path for other offensive big centers to step up and create drive-in lanes for themselves and shoot the ball from previously unexplored locations. The contemporary NBA does not utilize size as an excuse to limit players within the paint, allowing players like Cousins, Anthony Davis, LeBron James, and others to swing for the fences.

NBA championships are frequently brought up during goat debates. After all, winning is everything, and the greatest player of all time must be a champion. Both players won at least four NBA championships, while Kareem Abdul-Jabbar has six. This surpasses LeBron’s total thus far and provides Kareem a significant advantage in this comparison.

Kareem managed to win six NBA rings with the Milwaukee Bucks and Los Angeles Lakers, while LeBron has won with the Heat, Cavaliers, and Lakers. Kareem had the good fortune to play alongside Oscar Robertson, Magic Johnson, and James Worthy, whereas LeBron James had Kyrie Irving, Dwyane Wade, and Anthony Davis. Both superstars worked with Hall of Famers, but Kareem gets the nod here. 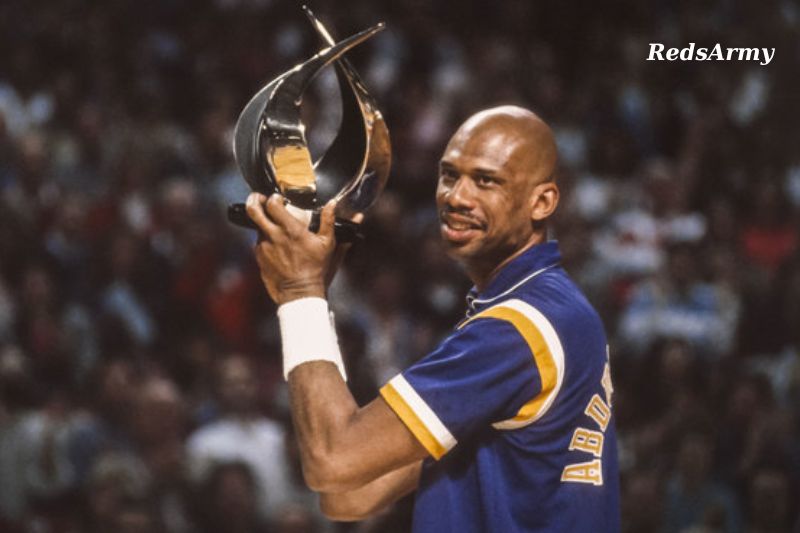 Another significant feat that comes up in GOAT arguments is the MVP Award. This award recognizes the best player for a whole regular season, and in the case of both of these guys, it indicates how many times they were the top player in the league. Kareem has six MVP Awards, whereas LeBron James has four.

Kareem deserves all six MVP Awards because he was the most dominant superstar in the NBA on both sides of the court. On offense, Kareem had an unbeatable and unblockable skyhook shot, and he was also one of the greatest defensive centers of all time. LeBron James was unlucky not to have more since he was too good in the regular season for modern voters. It would have been “extremely dull” to award LeBron the MVP every year. Therefore Kevin Durant and Derrick Rose may have snatched some MVP Awards from him. In any case, Kareem benefits as well. 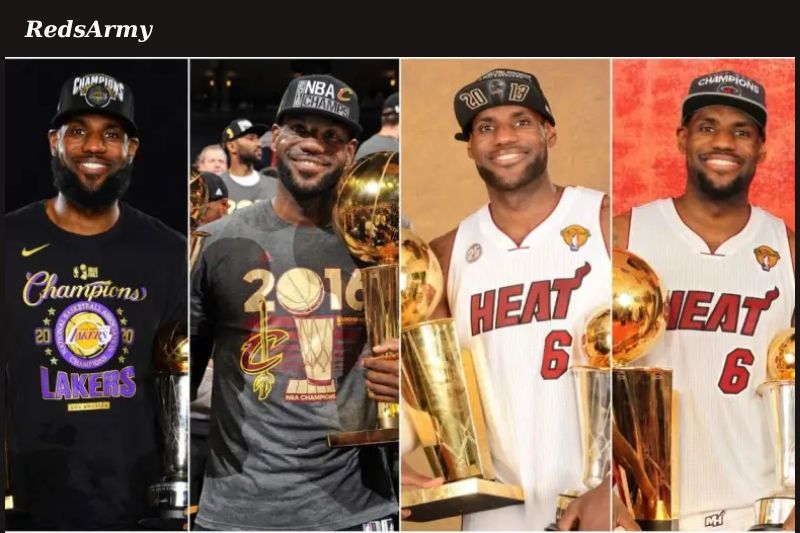 While Kareem Abdul-Jabbar has two more NBA titles than LeBron James, James has four Finals MVPs to Kareem’s two. This may be more amazing than earning two additional MVP Awards because being the best player in the Finals resulted in winning NBA championships rather than winning games during the regular season. Kareem won two Finals MVPs because he played alongside the great Magic Johnson and James Worthy.

LeBron James has four Finals MVPs and four NBA titles, indicating that he was the greatest player for each of his rings. LeBron was the best player in the world for his titles with the Heat, Cavs, and Lakers, and he hopes to add a fifth next season. LeBron needs at least two more seasons to match Kareem’s six NBA rings, but he has already eclipsed Kareem’s two Finals MVPs. 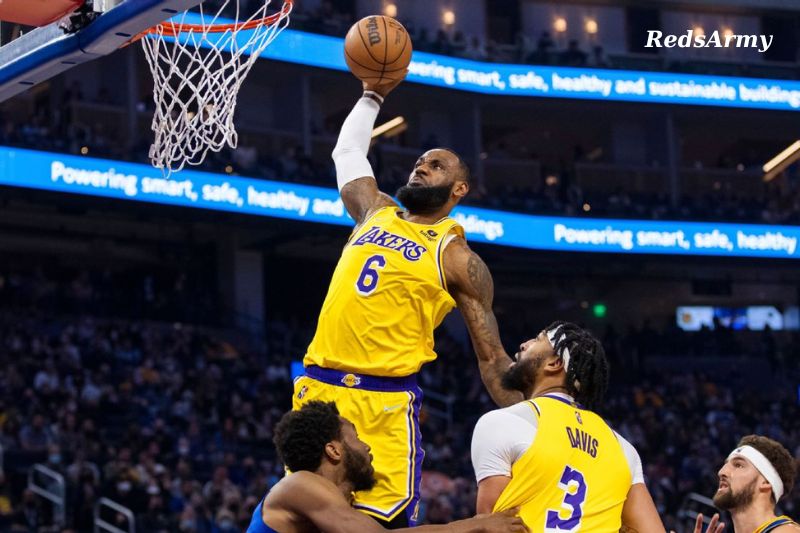 Kareem Abdul-Jabbar is the single greatest player in terms of baskets. On offense, the man was unbeatable, owing to the skyhook in his arsenal. Kareem possessed the single most unstoppable move in game history, allowing him to just flip the skyhook for two points at any time during a game. Even as his athleticism decreased with age, he was still able to score points, which is why he is considered the best scorer of all time.

With 34,241 points, LeBron James is third on the record, trailing only Karl Malone (36,928 points) for second place. LeBron may not have Kareem’s unstoppable shot, but he has amazing physical gifts that allow him to score in the paint whenever he wants. James also improved his jump shooting as he aged, ensuring that he will be remembered as one of the greatest scorers of all time.

James is a natural playmaker rather than a scorer, yet the fact that he is the third leading scorer in history attests to his greatness, and he may well pass Kareem before he quits. Kareem has the upper hand till then. 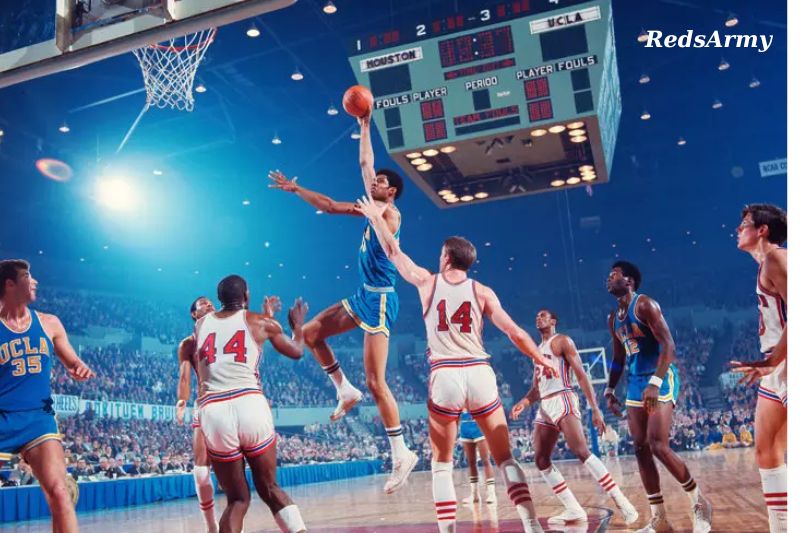 Kareem Abdul-Jabbar is known for his endurance. He was an All-NBA player in 15 of his 20 seasons, which is astounding considering he was a center who absorbed a lot of blows in the paint as a big guy. Kareem won this honor by being consistent and dominant for almost a decade and a half. However, LeBron James beat him here.

Aside from his Finals MVPs, this may be the most amazing honor in LeBron’s career. LeBron managed to surpass Kareem’s incredible feat of being named to 15 All-NBA Teams. Nobody expected LeBron to play as long as he has and still be the best player in the world. Thus he gets the nod over Kareem. By finishing a challenging 2020 season, LeBron earned his 16th All-NBA Team selection, surpassing Kareem. 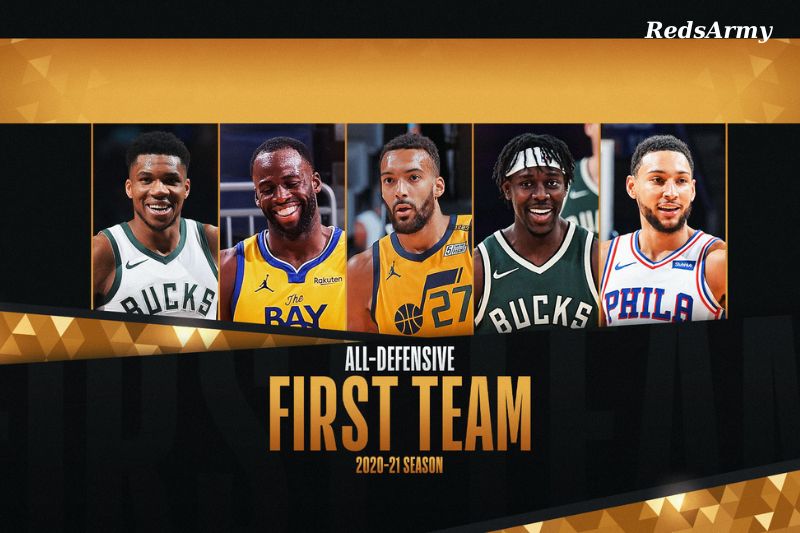 This one also finishes in Kareem’s favor. Kareem is largely regarded as one of the greatest defensive players of all time. 11 All-Defensive Teams in 20 years is amazing, as are his career stats of 2.6 BPG and 0.9 SPG. Even in his forties, Kareem was a defensive beast due to his size and knowledge. Kareem knew how to influence any game defensively because he could naturally discern the opponent’s plays and moves.

LeBron James should have been named to more All-Defensive Teams during his career since he had the physical attributes to be the finest defender of all time. LeBron was an outstanding defender early in his career, particularly with the Miami Heat, but he began to give up on defense as he matured and fell short in this comparison of honors.

He went for 23 points in the first half alone, becoming the second all-time leading scorer before halftime. When could he pass Abdul-Jabbar for the top spot? LeBron is still 1,440 points away from passing Kareem, meaning he’ll need at least another season to make that leap

To many fans, especially the younger audiences, LeBron James is already the GOAT without the all-time record in points scored. But capturing that record would convince many more people that we are witnessing the best player ever because that is yet another unbreakable record to his name

To break Kareem’s scoring record, he would have to average 2,000 points per season for the next eight seasons. For all of his career efforts, he’s only broken 2,000 points in a season five times in his 13 years in the league.

Share
READ ALSO  How many teams are in NBA