Whether you’re looking to add a new game to your rotation or want to try something different, horse game basketball is a great option. This game is similar to regular basketball but with a few key differences that make it a unique and fun experience. Here’s everything you need to know about how to play horse basketball. 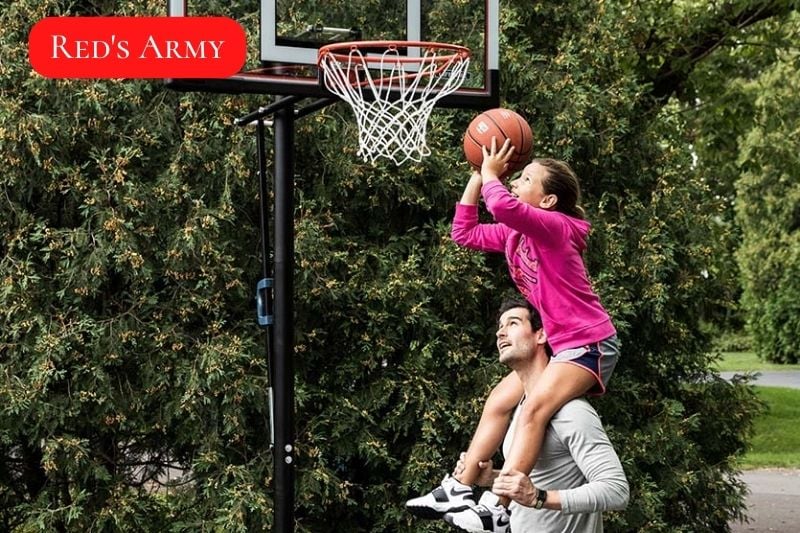 You don’t need much to get started playing HORSE, which is one of its biggest benefits. Even without a full basketball court, you can still play! The following tools are required to play HORSE:

Basketball: Whether it’s a FIBA-sanctioned game, a pick-up game, or in this case, a HORSE game, every basketball game needs a ball. Nothing unexpected here. But you must also take into account the surface you’ll be playing on.

It is advised to use a rubber or sturdy synthetic ball if you plan to play outside. Using leather and soft synthetic balls indoors is recommended because hard surfaces like loose gravel can harm them.

Basketball Hoop or Rim: Yet another obvious choice. A hoop through which to shoot a ball is essential. However, consider this: You don’t have to saddle up for HORSE in the park or the YMCA gym. It suffices to have just one driveway hoop or any hoops.

Two or more players: HORSE can be played with just two players, but more people make the game more entertaining. Invite your family, friends, relatives, and neighbors to increase the fun and excitement for a friendly shooting game.

Although you should ideally have ample room to take long shots from behind the three-point line, you may still enjoy the game in a smaller area.

The Principles of Horses 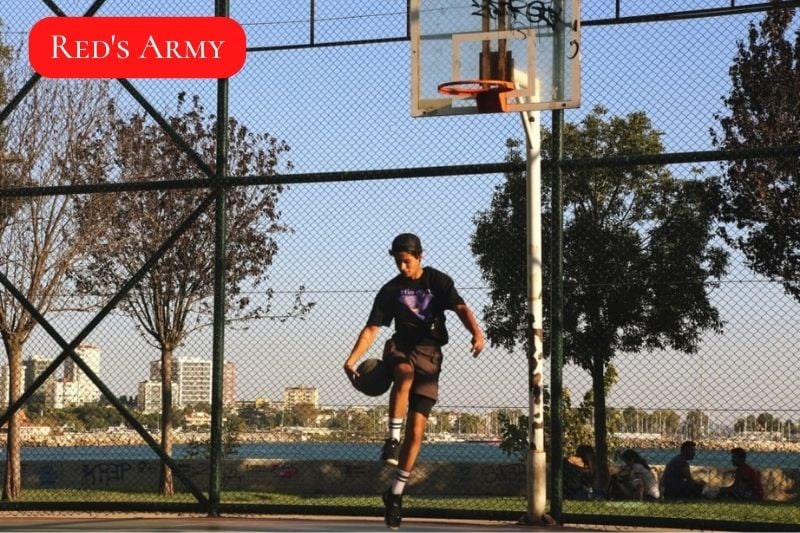 A basketball game called HORSE is played on the court by two or more players. The idea behind the game is to match baskets. Consider HORSE to be the basketball equivalent of the trivia game “Simon Says.”

The winner of the game is the one who makes shots that their opponent(s) are unable to match. For instance, the second player must attempt to duplicate the shot made by the first player. If he doesn’t, he’ll pay a fine: the word “HORSE” will be written out one letter at a time.

A player receives five letters (HORSE) after failing to duplicate other players’ shots five times in a row and is eliminated from the game.

Although the game’s rules are rather straightforward, a lot of things can happen that can make it much more fascinating. What happens, for instance, if the player who comes after you makes the shot but doesn’t perform it exactly as the shot caller instructed? The basket won’t be counted in that case, and they’ll get another letter.

When there are only two players, the game is much easier. One of them starts things off, and the other copies. The second player is free to decide who would take the following shot if the first player misses.

The player who misses five times and spells HORSE with all five letters loses. The game’s rules do not change even if there are more than two players, although it becomes more complicated. 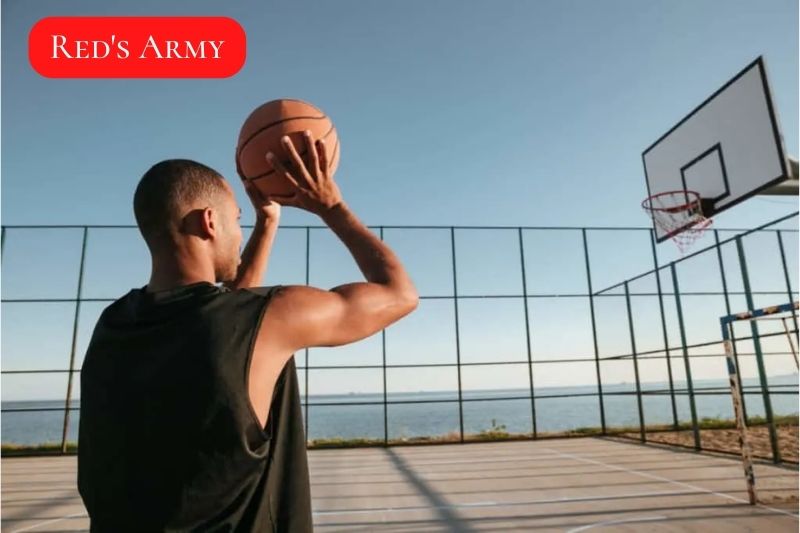 In Horse, the person who goes first has the first chance to put the other players on the defense. There must be a fair method for selecting who goes first because it is a highly sought-after position.

A common method for deciding who goes first is to see who can make the first jump shot; the winner gets to go first. Flipping a coin is an additional technique. The player that is allowed to fire first chooses and executes their first shot.

Players must decide the sequence they will shoot in before the game starts. The group can choose how to decide this, for example, by playing a quick round of rock, paper, scissors or having a quick free-throw tournament. 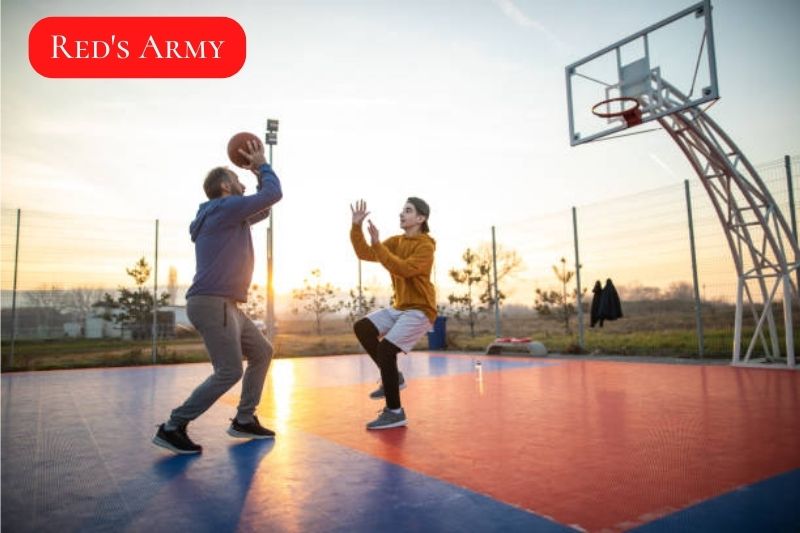 The first player is free to shoot from wherever on the floor and in any way imaginable. One’s imagination is the only restriction!

The next player only needs to score from the same position if they simply choose a spot and shoot. This counts as a normal shot.

Players may also add additional requirements to this shot, but they must call them out before attempting it. A player might describe a shot as a “bank shot” or even as “two dribbles behind the back and a left-handed layup.”

When a player calls a shot, they formally announce the shot they will make. If the player who called the shot makes it, the other players are required to make the exact identical shot.

Also read: Way to be good at basketball?

Everybody Tries To Duplicate The Initial Shot

The following players must duplicate the initial shot in the predetermined order.

The second shooter in line gets the chance to start a new shot challenge, nevertheless, if the first shooter themselves missed the shot.

The first time someone tries to duplicate the shot caller’s shot and misses, they get the letter H. Every time someone commits this blunder, they get a new letter until HORSE is written. If you spell out the complete word, you lose the game.

A player is out of the game if their letters after missing five shots spell out the word “HORSE.” The eliminated player’s turn is skipped as the other players continue to play in the same order. There will be one person left who will be the winner once everyone else has been eliminated. 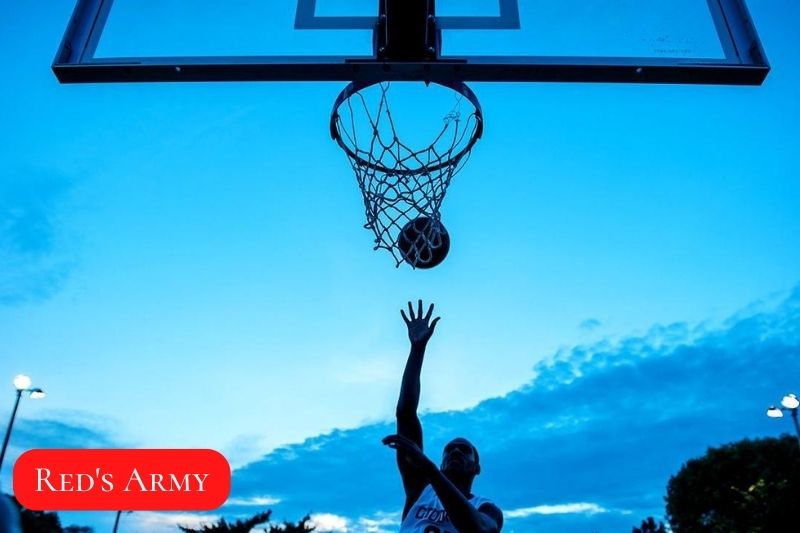 While “called” shots are what make a game of HORSE truly fascinating, normal shots (shots with no defined specifications other than the position) are advised for novices.

Although basketball players of all ages and skill levels can play HORSE, more seasoned players typically have the advantage. They will not only have better shooting skills, but they will have played long enough to be able to recognize and visualize various types of trick shots.

After all, winning this game requires imagination. Your shots are harder to recreate the more intricate they are. Naturally, this does presuppose that you can actually make these shots, so be selective in your choice!

Here are some suggestions to get you started with trick shots if you need a push in the right direction:

Off-hand shots: Since most players are right-handed, practicing with your left hand is logical. It’s an easy approach to make players who solely use their powerful hand miss. 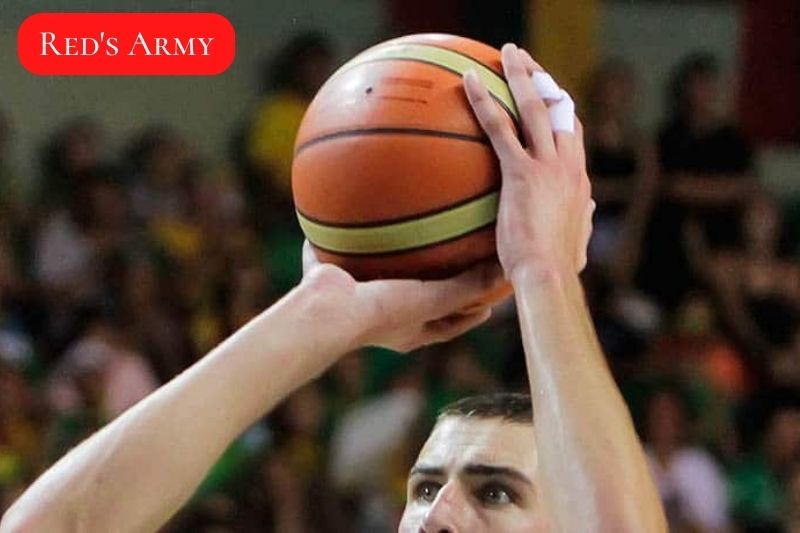 Behind the backboard: The behind-the-backboard shot appears difficult, but it’s not as difficult as you may imagine. If you create one, it appears quite frightening. Additionally, if you play basketball, you can use the practice to give your jump shot some arc.

Bounce Back: The problem with HORSE is that it’s not simply about shooting, as you might have heard. Take advantage of that by mandating that dribbling techniques, including crossovers, between the legs, behind-the-backs, etc., be used before the shoot.

All Net: It takes some practice, but it is possible to pass the ball through the basket without touching the rim at all.

Jordan-esque: No, dunking is against the rules in HORSE, but you are more than welcome to copy a Michael Jordan classic: the no-look free-throw shot. Although it is one of the simpler shots to master, it requires muscle memory to execute. 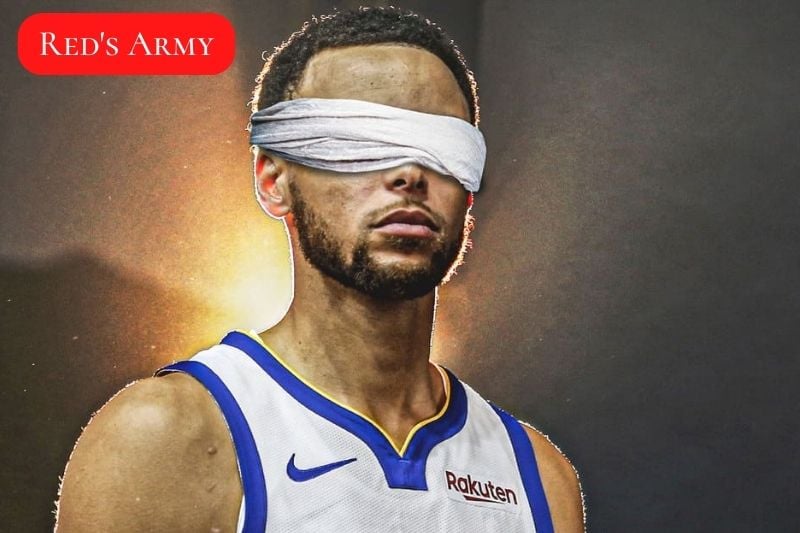 Take a no-look shot: You can step things up a level by attempting some wacky photos if things are a little too simple and no one is receiving letters. A no-look photo is one of the best ways to get this conversation going.

Shoot while sitting down: Because you generally use your lower body to assist you when shooting, this shot is really challenging. This means that your arms are your only power source when you are seated. 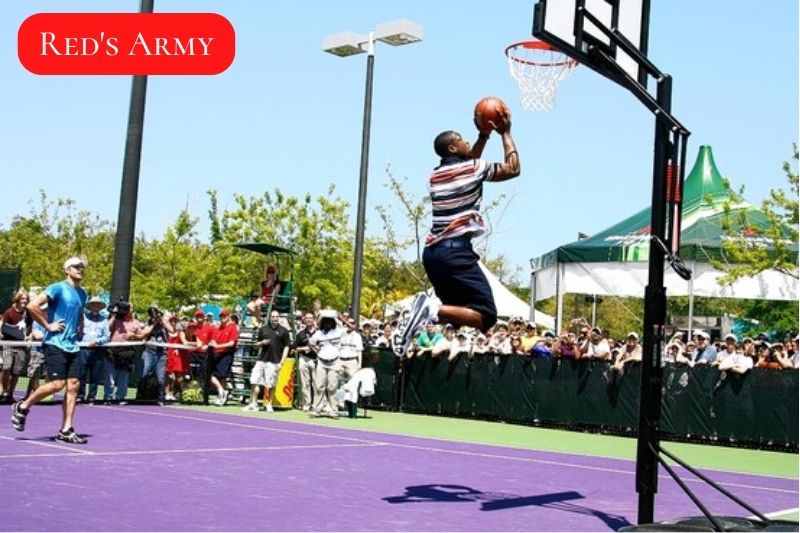 The basic rules of HORSE have several common variations, tweaks, and additions listed below.

In the game’s version known as PIG, the word PIG is used in place of the word HORSE. This speeds up the game, which is fantastic if you have many or extremely young players. Actually, you can play the game with any term you like.

To keep track of how many shots you have missed during the game is the word’s entire purpose.

If you had a way to keep track of the letters and a lot of free time, you could play Parastratiosphecomyia stratiosphecomyioides (it’s a species of fly).

It can be quite common to impose limitations on the kinds of shots that can be taken, depending on the players’ skill levels and physical capabilities. For instance, you might set a limitation that says “no dunking” if all of the players are too tall or have poor jumping skills to dunk (like Larry Bird did with Michael Jordan in the commercial above). 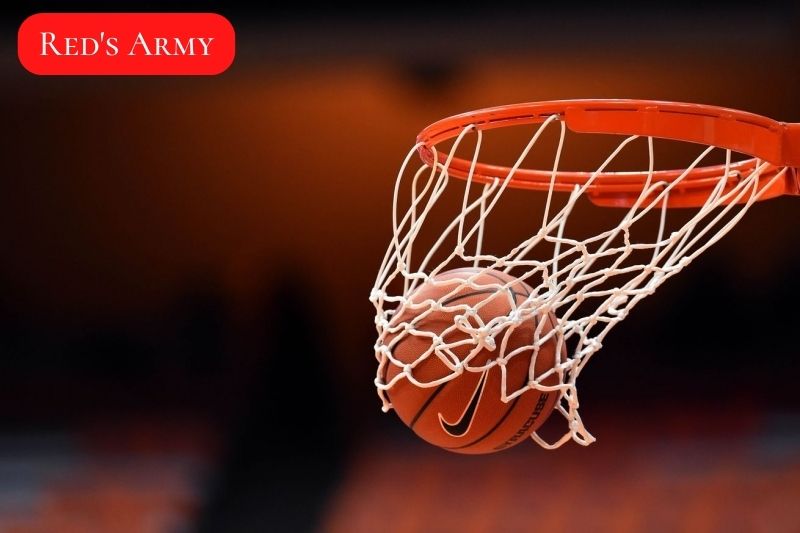 One of my favorite supplemental game rules is this one. Any other player may attempt to tip the missing ball into the basket if a player misses a shot. During the tip-in, their feet must be raised off the ground.

If the tip-in is successful, the ball shooter is sent a letter. If a shooter misses a shot made by the shooter before them, this provides them the chance to get two letters in one shot. Missed shots may still be tipped by players who already possess the word “HORSE” in their name.

You can also deduct a letter from the individual who successfully completed the tip-in as an additional regulation to Tip HORSE. As a result, players who have been eliminated may be able to rejoin the game by switching from HORSE to HORS.

Numerous other rules can be added, such as the original shooter receiving a letter if all participants make the shot. This aids in discouraging shooters from attempting layups and other simple shots.

The number of tweaks and adaptations to the game is probably limitless, but that is one of the things that makes it so fantastic. You can use your imagination to customize the game to work best for you and the other participants.

Watch this video to learn how to play horse game basketball step by step:

The basketball game HORSE is a terrific way to unwind and have fun, and it also allows you to be as inventive and skilled as you like. The game can be played with just two or more participants, a basketball and a hoop. As soon as you’ve decided on the rules that will work best for your group of players, just have fun.