In this blog, we will compare and contrast the two NBA legends: Dwyane Wade and Kobe Bryant. Both players have had successful careers, but there are some key differences between them. For instance, Wade is a better rebounder and passer than Bryant, while Bryant is a better shooter and scorer. Who is the better player? That’s up for debate, but we’ll take a closer look at both players in this blog. 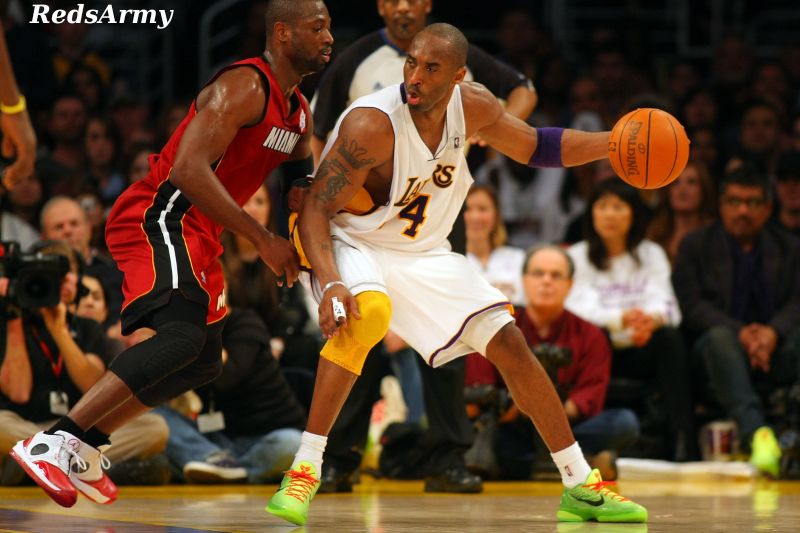 What is Each Player’s Career High Point?

This is a no-brainer for Wade. His Finals MVP effort against the Dallas Mavericks in 2006 was undoubtedly his career highlight. Wade practically threw his team on his back in his first NBA finals at the age of 23, eager for Miami to capture its first championship. How did he do it?

First and foremost, the Heat were a team constructed with NBA icons such as Shaq, Alonzo Mourning, and Gary Payton. Although the Heat performed well to reach the finals, the Heat’s older players, particularly Shaq, appeared fatigued and drained.

Already trailing the Mavericks 2-0, the Heat came within an inch of losing game three as well, but Wade willed his side to win with a game-high 43 points and 13 rebounds. Wade then went on to dominate the next three games in a row. Wade scored 36, 43, and 36 points in the final three games to help the Heat win four in a row and defeat the Mavericks in six games. 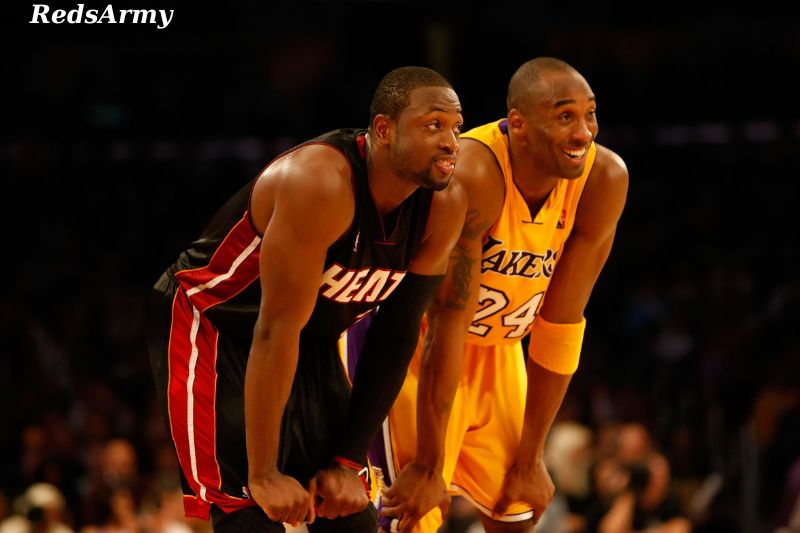 Wade’s Finals scoring average of 34.7 points is the third highest in NBA Finals history. In addition, Wade had an incredible Finals PER of 33.8, which some consider to be the finest finals performance ever.

On paper, Kobe Bryant’s career highlight would be his 81-point performance against the Toronto Raptors, however a closer examination of that game would disprove it. The Raptors were one of the league’s worst teams, and their top defender in the paint was none other than Chris Bosh.

“We just stood around and watched,” stated Bosh after that historic game. If anyone saw that game, they would know that not only was Bosh correct in his judgment, but none of the Raptors starters fouled out.

What was more impressive was Bryant’s 62 points in three quarters against the Dallas Mavericks. Before the start of the fourth quarter, Bryant had outscored the entire Mavericks squad 62-61, and there was no Chris Bosh to sully that record.

If Kobe had played the fourth quarter of that game, he would have easily surpassed his 81-point performance.

Kobe Bryant has numerous career highlights, including outscoring the Dallas Mavericks through three quarters. But the 81-point performance against Toronto epitomizes his game. Many analysts believe this was the most amazing performance in NBA history, even surpassing Wilt’s 100-point effort.

Kobe displayed a more spectacular diversity of shots in a game where the Lakers required his scoring to come back from a roughly 20-point hole (Wilt’s game featured his Warriors up large the entire time). Phil Jackson has stated that Kobe has a larger arsenal of offensive moves than Michael Jordan.

If Kobe’s career had followed in Jordan’s path, and he had equally cared to “get his 30 ppg” in order to win scoring titles, Kobe could have the NBA’s all-time highest scoring average. 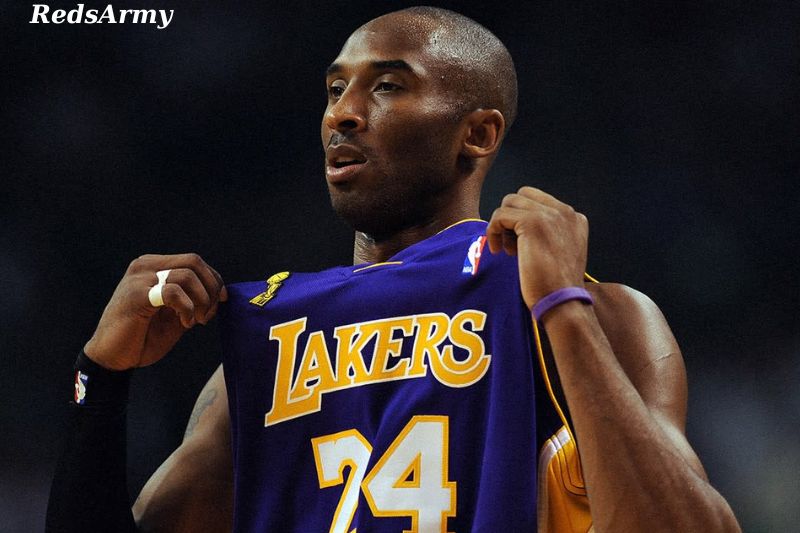 Observing Kobe in recent seasons reveals that he is willing to defer to teammates more in the first halves of games in order to let his teammates get going. This was something Jordan struggled with, and it was an indication of Bryant’s maturation.

Nonetheless, the 81-point game may represent the most skilled offensive player in NBA history.

Dwyane Wade’s career highlight has to be his Finals MVP effort in the 2006 Finals series versus Dallas. Wade put on a show for the ages, averaging 34.7 points per game and 7.8 rebounds per game.

Even more astounding is Wade’s ability to lead the Heat back from a 0-3 series deficit to win the championship.

Although unpopular among Mavericks supporters, Wade used his agility and offensive arsenal to earn over 16 trips to the foul line on average per game. Wade was able to lead his squad by scoring multiple clutch shots and free throws while few other teammates were able to score as easily against Dallas’ defense.

What is the Best Aspect Of Each Player’s Game?

Wade and Kobe are both highly clutch and have the unusual ability to finish out games with a win when the pressure is on, as they have demonstrated time and again. 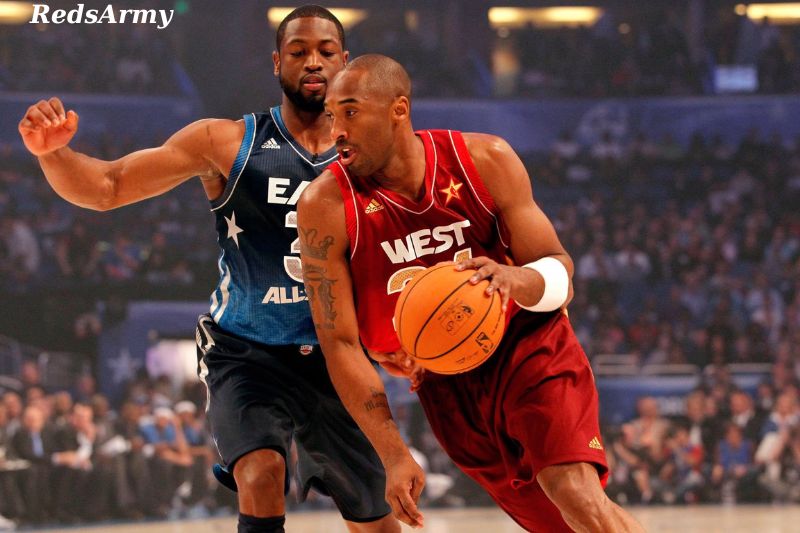 Even though Kobe has never had the best field goal % in the NBA, he has the ability to hit game-winning shots like only Michael Jordan could. When the game is on the line and a win is required, who else than Kobe Bryant should handle the ball? The best aspect of Kobe’s game is winning under extreme circumstances.

Dwyane Wade possesses the same game-closing recklessness as Kobe, albeit to a lesser amount, but Wade’s genuine strength lies in his driving ability. He has one of the most explosive first steps in the game, and he uses it to finish at the rim like few players can.

Whether Wade is driving the lane and then abruptly pulling up for a jump shot or finishing at the basket with a thunderous dunk, his driving finesse is without a doubt the strongest aspect of his game.

Both athletes have fantastic all-around games. Wade’s ability to produce effectively in the clutch trumps his other skills. The Heat have LeBron James and Chris Bosh, but few players are as courageous or successful in high-pressure circumstances as Wade. 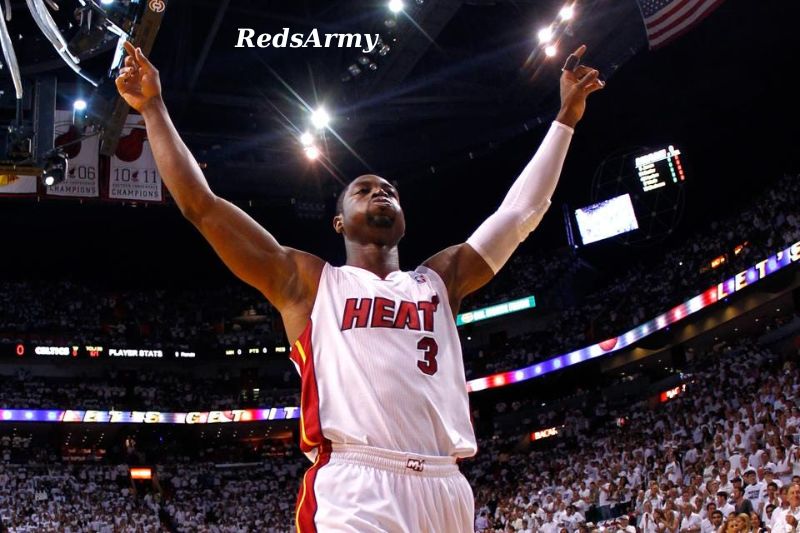 Although James is the reigning two-time MVP, Wade is by far the Heat’s best pick to take pressure shots in the fourth quarter.

Bryant’s desire to win distinguishes him from other players. Despite multiple significant injuries, this has inspired him to work hard in preparing for each game and performing at MVP levels (something few players in NBA history have done).

Speaking of injuries, can you think of another player in NBA history who has battled with as many significant injuries as Kobe and still performed at an MVP level, especially after being in the league for ten years?

Who Would Win A One-on-One Match Between Wade and Bryant? 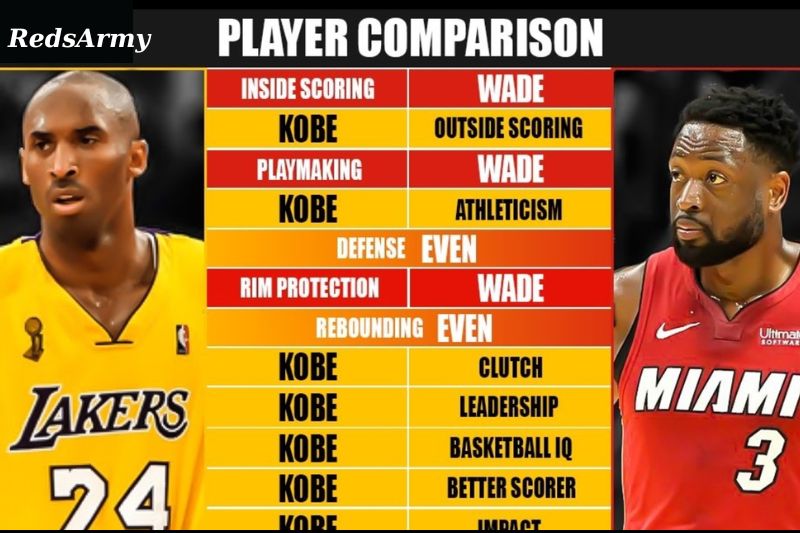 Wade’s better explosive first step and driving finesse help to address the prior point. Both Wade and Kobe are speedy, but Wade has that added explosiveness that allows him to blow by everyone in the game.

A one-on-one game between Wade and Bryant would be thrilling for spectators. If Kobe were four years younger to match Wade’s age, I believe he would easily win.

If this game were played today, I would still pick Kobe to win in a close match.

Wade may be a little speedier and have superior driving ability than Kobe.

However, Kobe possesses a better mid-range game, a more accurate outside shot, and a more diverse repertoire of post moves. Furthermore, the fact that Kobe has around 2-3 inches on Dwyane would make it tough for Wade to stop Bryant. 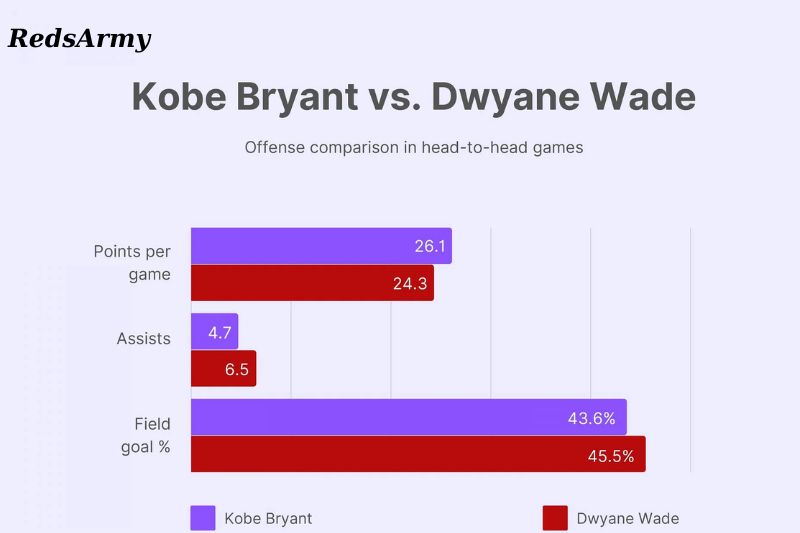 Although both were exceptional scorers, Bryan was more reliable from deep, while the Miami Heat guard depended on his cutting ability. In games against each other, Bryant averaged 26.1 points on 43.6% shooting while Wade averaged 24.3 points on 45.5% shooting.

The superstar of the Los Angeles Lakers averaged 4.7 assists per game, which he used to keep teammates involved. Wade was superior, scoring 6.5 points per game.

In 11 games, Kobe scored more points than Dwyane, but Wade had more assists than Kobe in 12 games to six.

In addition, Bryant’s scoring record in these games was 42 points in a defeat against the Heat in overtime in 2004. On Christmas Day, Wade scored his best 40 points of 2006. 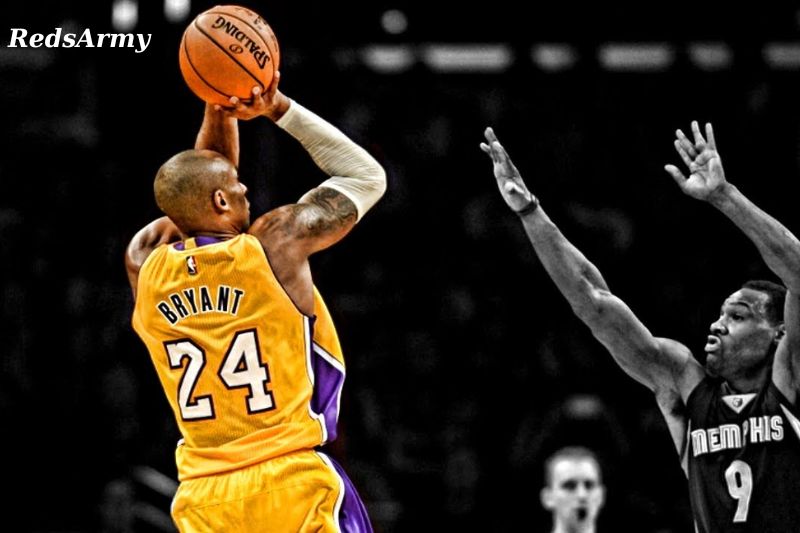 It is evident that Kobe Bryant is a better outside shooter than Dwyane Wade, yet Wade has a higher field goal percentage because he shoots fewer three-pointers and more shots from the paint. However, I will demonstrate the formula I use to calculate the “overall shooting score.”

I’m not sure if this formula for “total shooting score” has ever been utilized, but I should certainly patent it just in case no one has ever claimed it as their own. 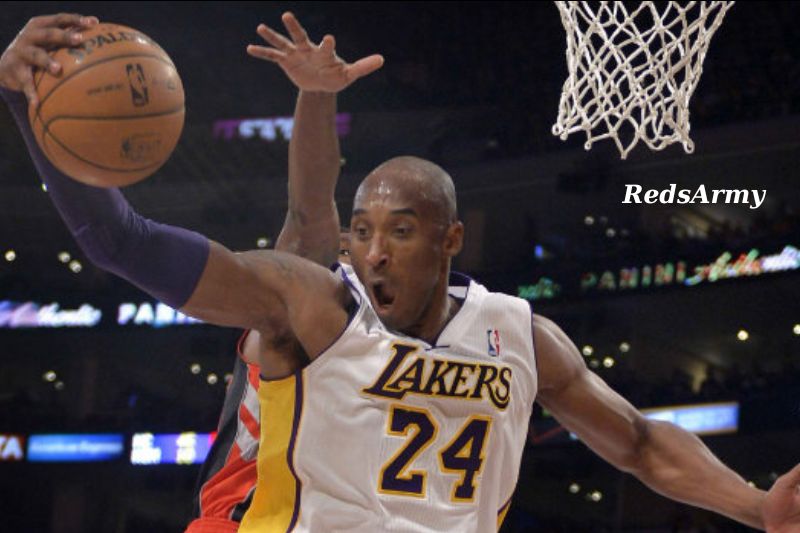 Finally, Bryant has the edge in total rebounding percentage (an indication of the proportion of available rebounds a player grabbed while on the floor), 8.2 percent to 8.0 percent. 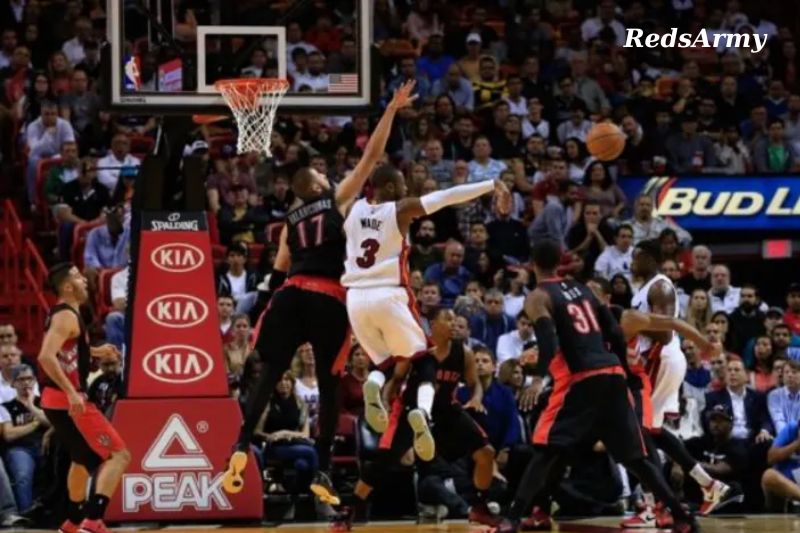 Finally, Wade has a 33.3 to 23.9 advantage in career assist percentage (an indication of the proportion of teammates’ field goals a player helped while on the floor). 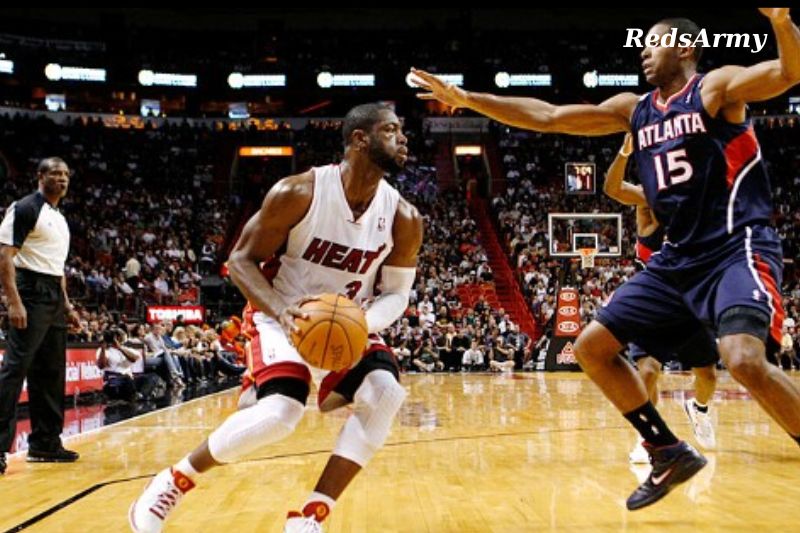 This is a challenging pick because, on one side, you have Kobe Bryant with nine All-Defensive First-Team selections and Dwyane Wade with zero.

But, let’s be honest, voting for the All-Defensive team is mostly a popularity contest.

However, when it came down to it, the massive disparity in career steals and blocks cinched the deal for me. 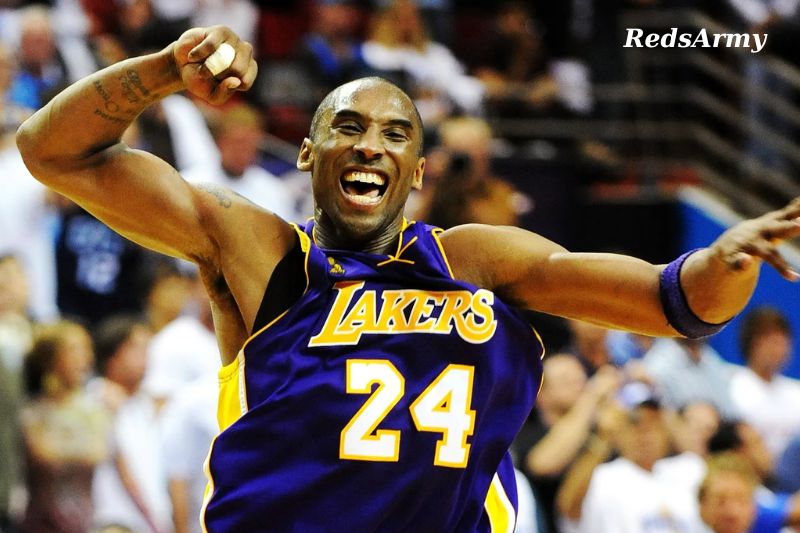 It’s finally come to this. The score is 2-2, with “intangibles” remaining to settle the score.

These are two of the finest players in the world, but when it comes down to it, intangibles are what distinguish Kobe Bryant from the pack.

When you think about Kobe Bryant, what is the first thing that springs to mind? Hunger. Determination. Drive. Desire. Determination. Killing instinct, Clutch. A desire to win at whatever cost. A never-say-die mentality. The greatest rival. Refusing to give up. Complete trust.

To be honest, when I think of Dwyane Wade, I think of one of the top five players in the world, but none of the attributes listed above come to mind.

Stats in Games Between Them 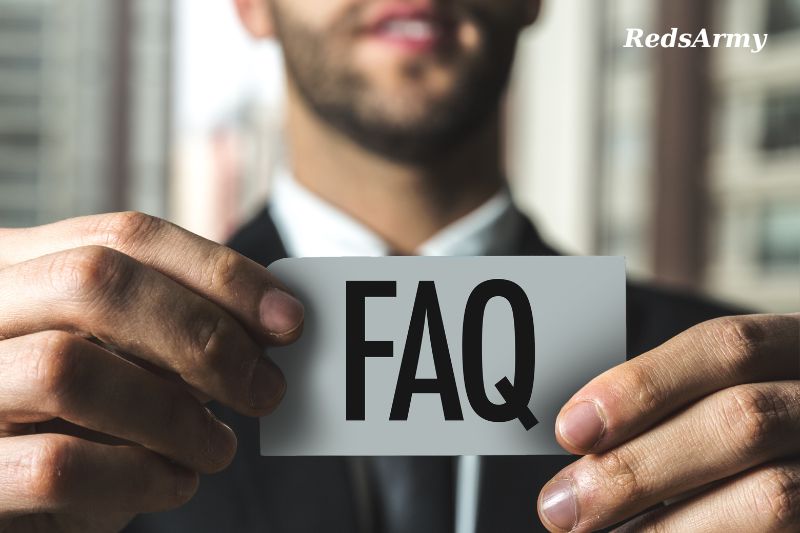 1. Did Dwyane Wade play with Kobe?

“I only played Kobe twice a year, but those two nights were always special. All I ever wanted was for him to work as hard guarding me as I did with him,” Wade writes in his book. “When I came into the league, I wanted Kobe to feel like he had to get some sleep the night before he played me.

2. How many rings does Dwayne Wade have?

There is no clear winner in this matchup – both players are all-time greats who have had tremendous success in their careers. However, if we had to choose one player as the victor, it would be Kobe Bryant. He has more championships, individual awards, and All-Star appearances than Dwyane Wade and is generally considered to be the better player overall.