It’s been an eventful NBA offseason thus far, and the draft was no different. With so many new young faces joining the league, it’s hard to keep track of who’s who. But don’t worry, we’re here to help. Here’s a list of the best NBA rookies you should keep an eye on for the upcoming season. 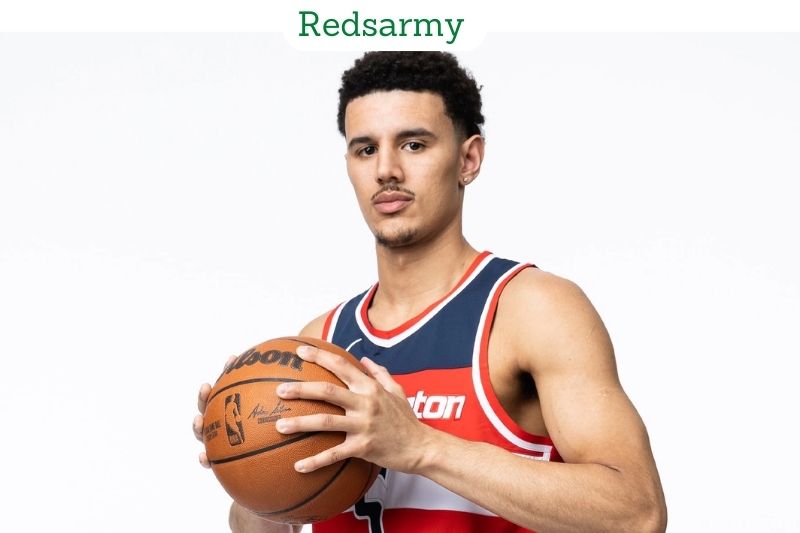 Verdict: Davis is a prospect ready for the pros, thanks to his two years of college experience. Bradley Beal’s potential return in free agency will significantly impact whether he can enter the NBA Rookie of the Year discussion. 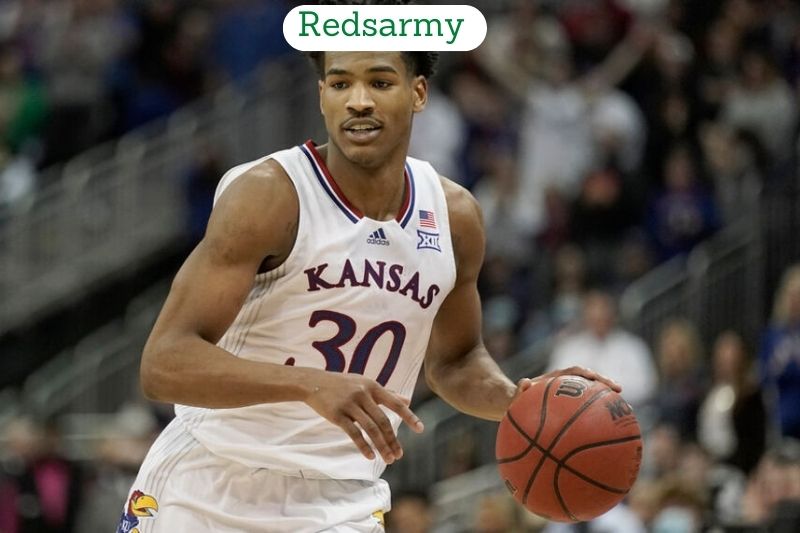 Verdict: With Collin Sexton likely to be dealt or sign in free agency with another team, Agbaji could currently find himself in the Cavaliers’ rotation. It remains to be seen if that would qualify as a major contender for this prize. 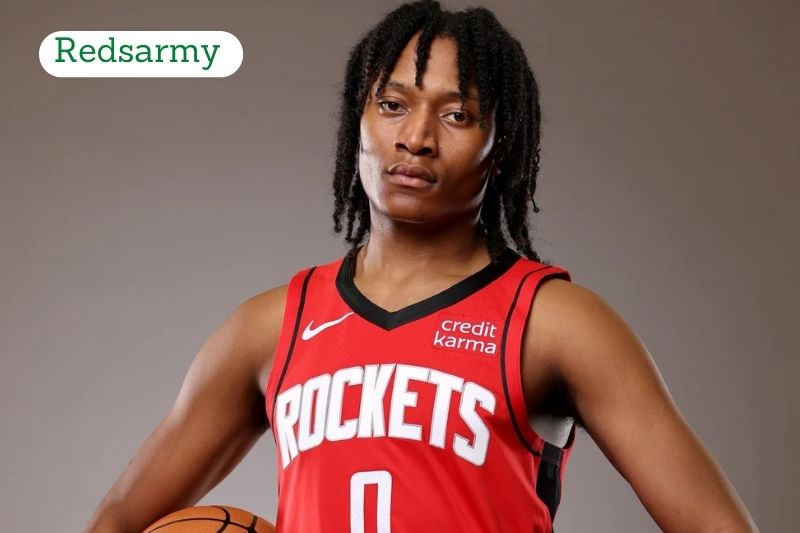 Conclusion: We adore Washington’s compatibility with the struggling Houston Rockets. He has a very strong chance of playing a lot as a rookie next to Jalen Green in the backcourt. 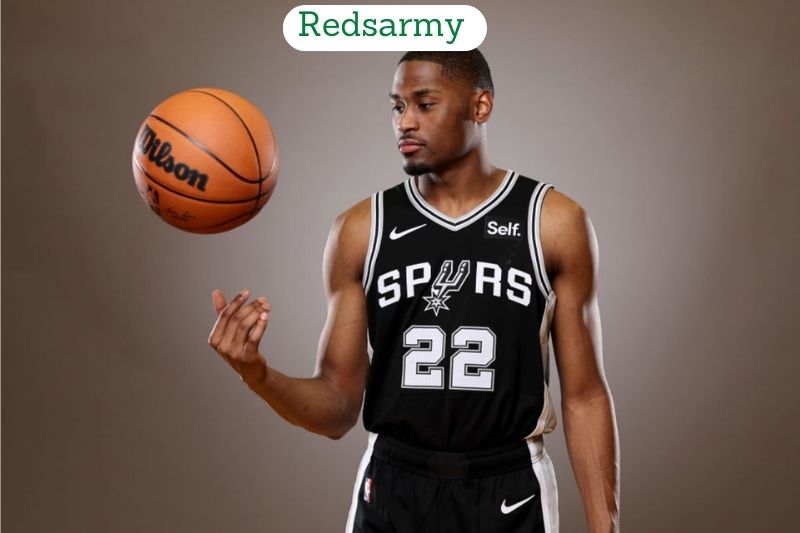 Verdict: San Antonio’s performance at the wing position will determine how well Branham can contend for the NBA Rookie of the Year award. It has an excess with Keldon Johnson, Lonnie Walker, Devin Vassell, and Joshua Primo. These players should be transferred, at least in part. 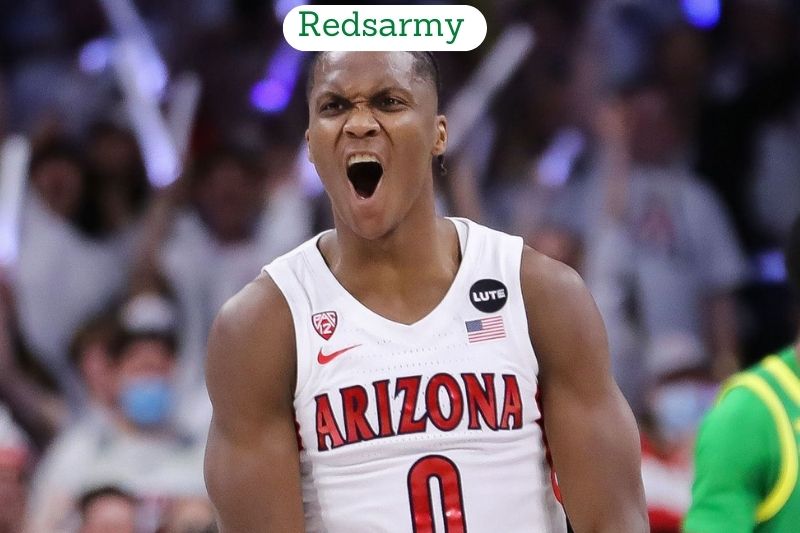 Verdict: Mathurin’s ability to score independently has proven to be a significant asset. This might be very helpful for him going ahead on a Pacers team that is developing without a go-to scorer. 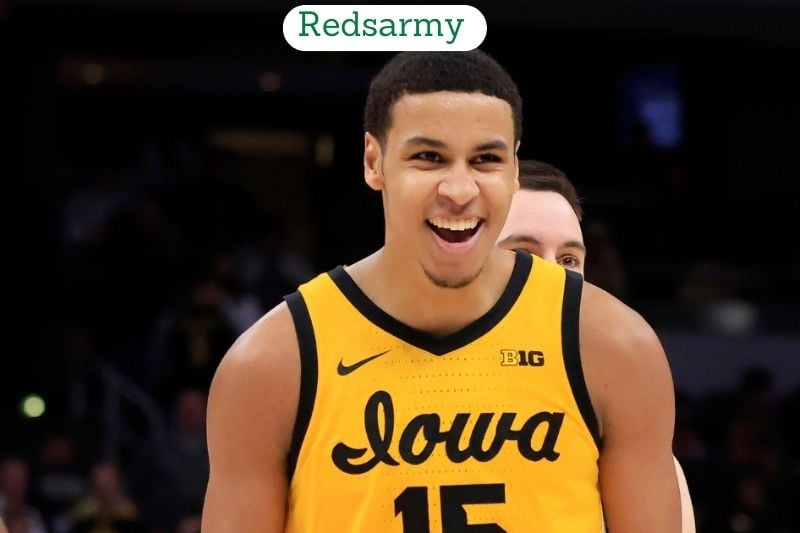 Verdict: Murray’s game translates incredibly well to the next level, especially when compared to Pascal Siakam. That is excellent shooting and an above-average defensive presence. In Sacramento, he ought to have an instant influence. 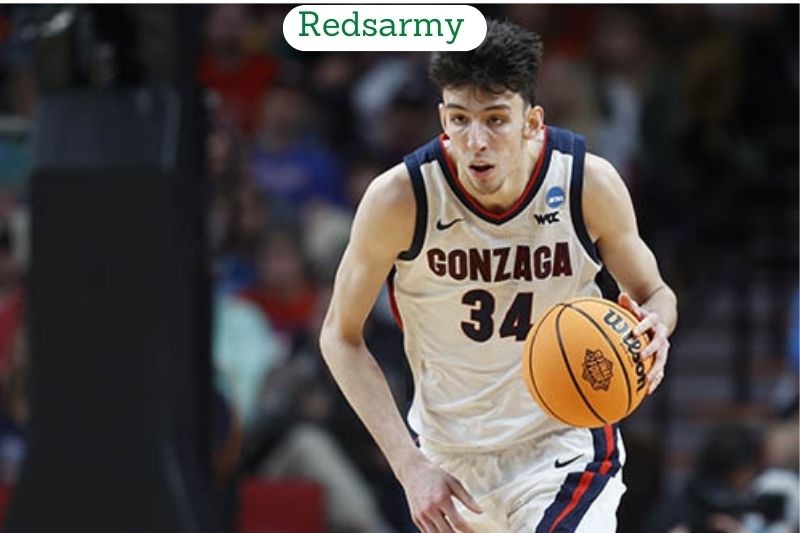 Verdict: The only thing that matters here is whether or not Shai Gilgeous-Alexander is in OKC. He will take away some chances for Holmgren to score. Even so, the kid’s overall game makes him or her a strong candidate for ROY. 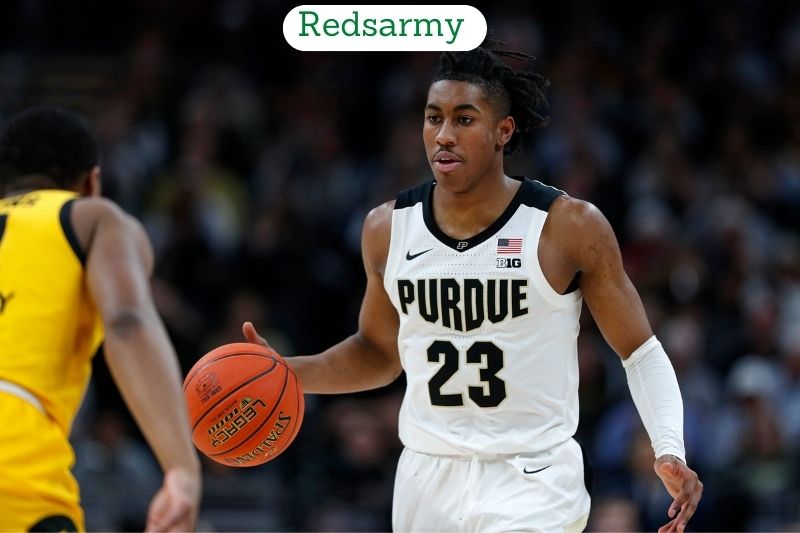 Verdict: Ivey shot better mid-range and long-range, making him soar in the rankings. How he plays will show if he’s a strong candidate for NBA Rookie of the Year. But we’re betting on it because Cade Cunningham, the No. 1 pick in 2021, will start next to him in Detroit. 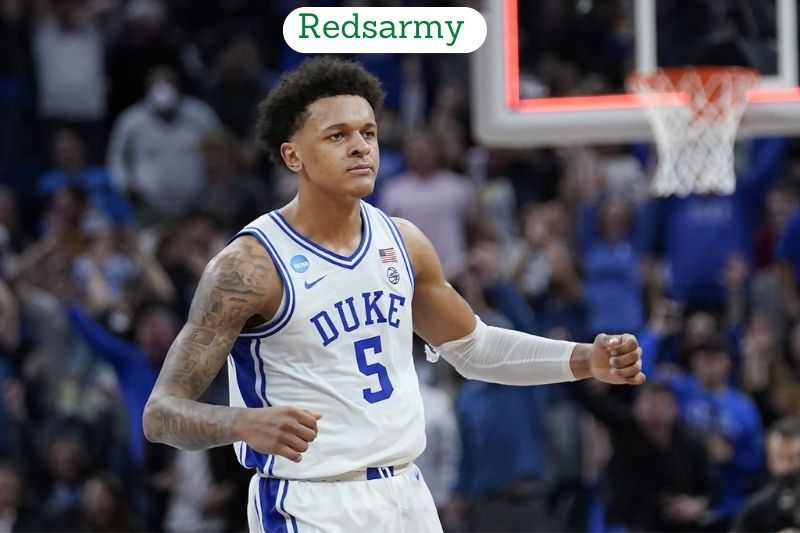 Verdict: Banchero was a surprise No. 1 pick by the Magic, and he will be given every chance as a rookie to be their main guy. It’s a team with many young players who need to step up and play their roles.

Smith’s game is pretty hard to find fault with. This 6-foot-10 forward is the No. 4 recruit for 2021. He can hit from almost anywhere on the court.

Smith is big, athletic, and has the potential to be a key player for a team. He did this all the time during his one season with the Tigers.

Smith’s game is good enough for the pros. He’s going to join the Rockets, who still need more talent. There’s no reason to think he can’t end up being the NBA Rookie of the Year. 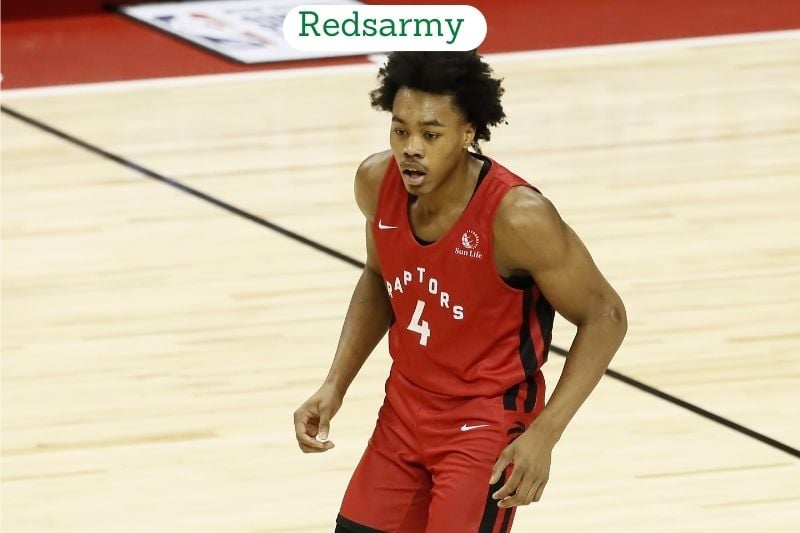 The Raptors chose Scottie Barnes instead of Jalen Suggs, which was the first big surprise of the night. After a year, it seems like a great idea. Barnes is a very versatile player on both ends of the court, and as a rookie, Toronto used him in many different ways.

Offensively. As a 6’9″, 227-pound forward, Barnes was free to make plays off the dribble. His aggressive driving, precise finishing, and ability to make advanced pass reads impressed him.

Early in his career, he was supposed to be known for his great defense, and he was. Barnes is fast enough to chase down guards on the perimeter during traps or switches, and he is still big and strong enough to defend the paint.

His three-point shot is still a weakness, but he made 30 percent of the 58 threes he took this year, so the Raptors probably feel good about his long-term shooting potential. Barnes can score well inside the 3-point line, pass the ball well, and could be a very good defender. 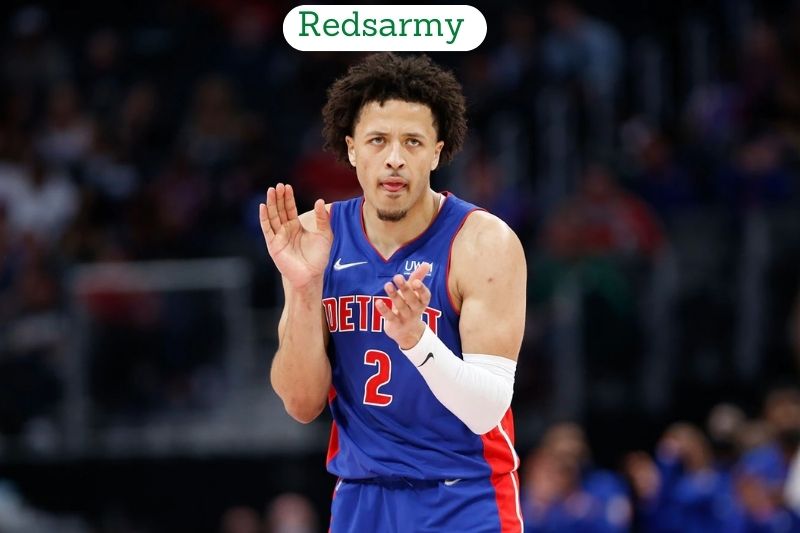 Cunningham was taken first in a strong draft because he was the best bet to simultaneously be a key offensive player and a good defender. His first season was slow because he was still recovering from a sprained ankle he got in training camp, but by the middle of the year, he was starting to look like the future star everyone thought he would be.

Cunningham, a strong guard of 6’6 and weighs 220 pounds, led all best rookies in NBA in points per game with 17.4 and was second in assists per game with 5.6. He had trouble scoring well for most of the year, but his 50.4 percent true shooting can be partly explained by the fact that no one on his team shot three-pointers (the Pistons finished No. 29 in three-point percentage).

The best news for Detroit is that Cunningham improved as the season progressed. By March, he averaged 22 points, seven assists, and 55 percent true shooting. The next steps for Cunningham should be based on these numbers.

Even though he might not be one of the best NBA rookie cards to invest in the 2021 class as we thought (the guy at the top of this list might have something to say about that), he’s still on track to be an All-NBA guard at some point in his career. 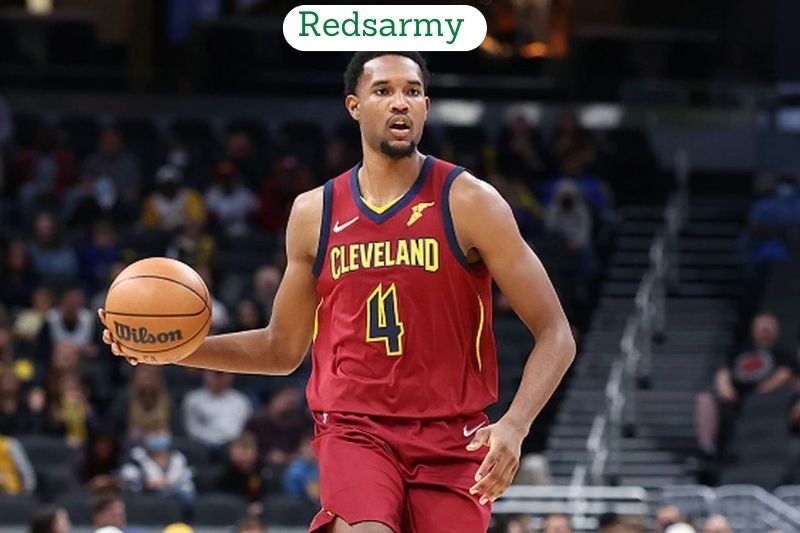 From the first time he played for the Cleveland Cavaliers, Mobley showed a unique mix of size, speed, touch, and basketball IQ. His ability to play offense and defense was the key to the Cavs’ three-big lineup. It was also a big reason why the team beat preseason predictions and won 44 games (they would have won more if they hadn’t been hurt so much).

The 7-foot-tall big man was one of the best defenders in the league right away. He destroyed pick-and-rolls with his length and speed, and his rotations and shot contests showed he had great timing. According to Cleaning the Glass, on offense, Mobley made a few more shots than expected and showed that he was a good finisher by making 73 percent of his shots at the basket.

Jarrett Allen’s breakout season was made possible by his ability to play on the perimeter and make pass reads. These skills should be a big part of his game going forward. Since he’s already an elite defender (he finished in the 96th percentile on that end, according to EPM) and his offense is just getting started, we’d move Mobley from No. 2 to No. 1 in this class after his impressive rookie year. 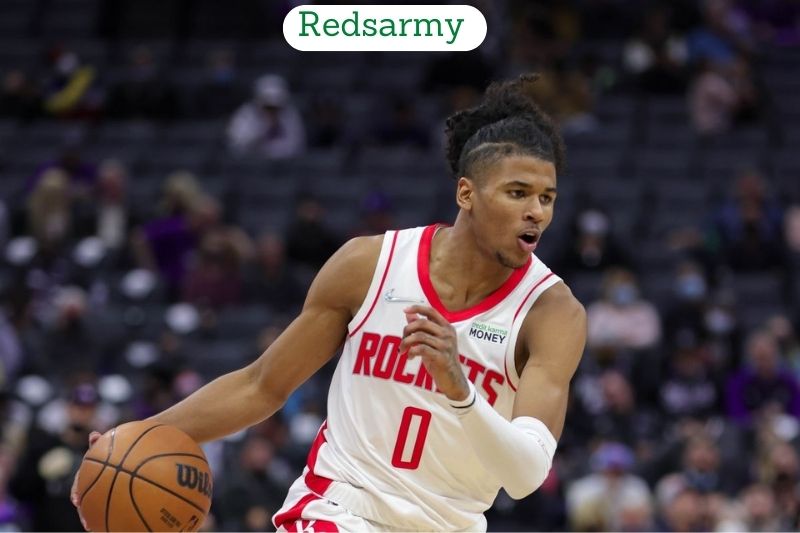 After a successful high school career and a very productive season with the G League Ignite before entering the draft, it was a safe bet that Green would one day be a go-to scorer in the NBA.

It took him a few months to get going with the Houston Rockets, partly because he hurt his hamstring in December, but by the end of the year, the 6’5 guard was living up to the hype. Green is an amazing athlete.

He used his elite speed and crazy hops as a rookie to constantly pressure the rim. He was in the 82nd percentile of all combo guards for how often he got to the rim and made 63 percent of his shots. During the last 2.5 months of the season, he shot close to 40% from three-point range, which should be a big part of his game going forward.

The defense is still a problem—he finished in the 7th percentile for defense, according to EPM—but he will score so quickly that it might not matter. Houston now has the first great piece for the time after James Harden.

Giddey had a great pre-draft season in the NBL, which got him noticed by NBA teams. However, it was still surprising that the Thunder picked him at No. 6.

There were doubts about the 6’8″ Australian guard’s shooting, speed, and defense when he joined the NBA, but it didn’t take him long to show that his stat-stuffing skills could work against NBA veterans. Giddey is a great passer who uses his height to get through windows that other guards can’t reach. His 32.3 percent assist rate was the top among rookies in the NBA and ranked 12th in the league.

Giddey also showed that he is already one of the best rebounding guards in the league by finishing with a 12.7 percent rebound rate, which only Luka Doncic beat among backcourt players. EPM says he finished in the 73rd percentile on defense, which was better than expected.

He needs to work on his three-point shot, as he only made 26.3 percent of them. The Thunder have a young guard who already brings a lot to the team. As he gets better at shooting outside, he can take his game to the next level. 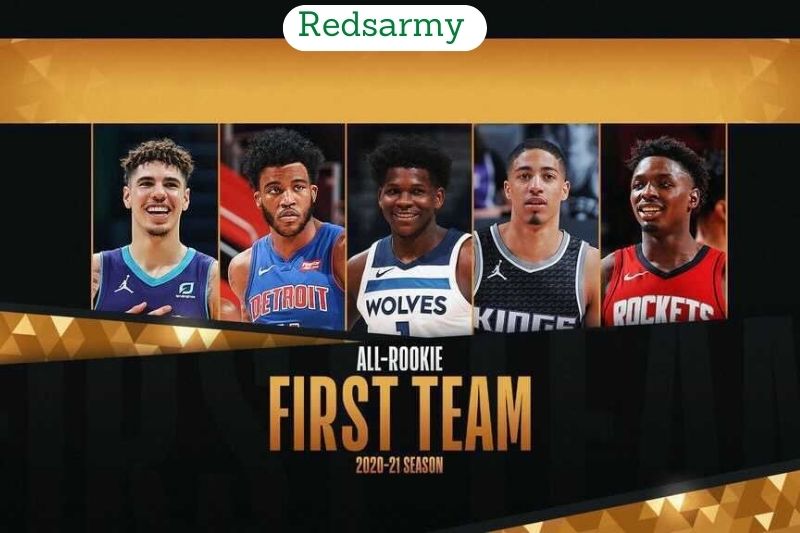 Anthony Edwards might lose the top spot to LaMelo Ball in the future, but Ant-Man proved exciting on the court and interesting enough away from it to become a fan hero. Anthony Edwards Jr., the dog of the No. 1 pick in 2020, has his own Twitter account. Now, that dog needs to get his own ID card. Get on it, Panini!

I’m a big fan of Cole Anthony and his future as a hobby once the Magic adds one of the big three in 2022, but I can’t deny what the top five did last season. 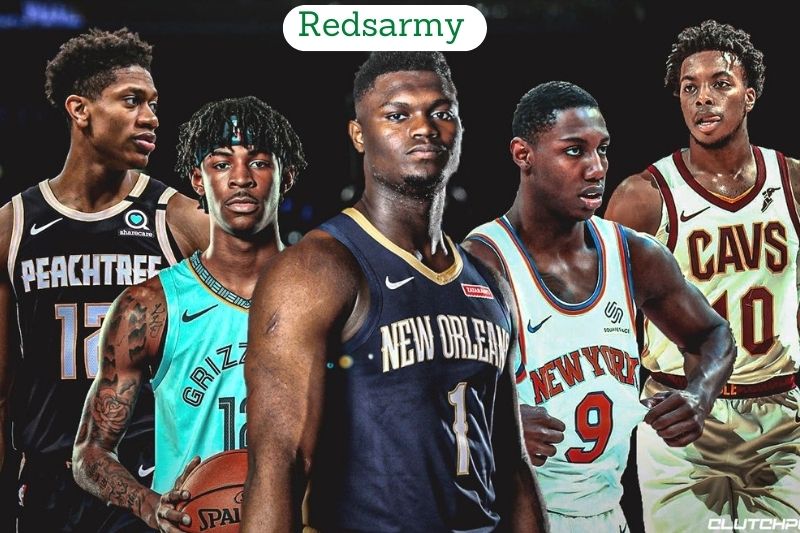 Poole can definitely catch up to Garland and even Zion if the Warriors keep making him another star Splash Brother. For the fifth spot, it’s hard to choose between Herro’s playoff experience on a team that could win the championship and R.J. Barrett’s skills in the biggest media market in the world.

Luka and Trae were named to the All-NBA team for 2021-22. At this point, Doncic is a true superstar, and Young is one level below him. If the Thunder can get some exciting pieces around SGA, he might join Young.

It could hurt his rookie card if Ayton moves to a different team this offseason. Since the NBA All-Star Game in 2022, SGA has scored more than 30 points in every game.

Regarding players who score 30 points after the All-Star break, Tatum is now right up there with Ja and Luka as one of the best NBA players in this group.

The top four scorers from the 2017 NBA Draft for the 2021-22 season are also the top four. Adebayo passed the ball because he played in the playoffs while the ball was hurt. Kyle Kuzma, Dillon Brooks, and John Collins look in from the outside.

The above guide highlights the top NBA rookies for the upcoming season. These are players that have the potential to make an impact on their teams and the league as a whole. Keep an eye on these players as they look to make a name for themselves in the NBA. Red’s Army hopes you found it useful. 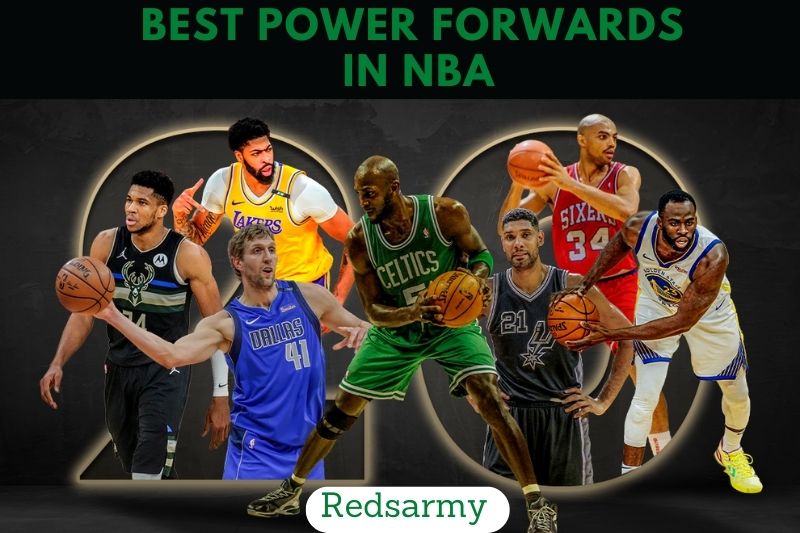