Loud chants will always have a place and be one of the most memorable moments for every supporter out there. Being a fangirl and a fanboy means you should get your vocals ready as shouting your chants would always be part of watching a sport, whether you’re at an arena or merely at a school sportsfest.

Nevertheless, are loud chants necessary? Don’t get me wrong; if you enjoy watching live sports competitions, engaging in the crowd shouts would be one of the most memorable experiences of your life.

Therefore, if you have plans to watch a live tournament or any other event, regardless of the sport or the event itself or the time it will take place, you can calm since we will be providing a ton of the finest crowd chants in this post that will undoubtedly boost the crowd’s energy.

These top crowd chants would also be ideal if you are a part of a group that intends to support and motivate your school or any team during an event. We promise that at the end of this post, you will have a ton of ideas for crowd chants that you may use.

Without further ado, let’s get started and begin strategizing how to get a crowd hyped!

Crowd Chants for Hyping Up the Crowd

This chant would be perfect to hype up the crowd and even your team before the game or event officially begins.

Why not try this out if you’re the cheerleader captain to energize your gals and get the audience energized before the game or event officially starts?

Can you handle it – Yeah

Can you handle it – Yeah

This is another perfect chant for all pretty cheerleaders out there to hype up the team you’re cheering for!

Show me how you get down

Show me how you get down

We stomp our feet

Boogie to the Beat

And touch the ground

And that’s the way we get down!

4. Were Strutin’ our Stuff

When the both teams are already on the court, field, or stage, this crowd chant would be perfect to make your team hyped.

We just can’t get enough

Our [team name] will dominate

Our [team name] in first rate

So move off and back away

Our [team name] is here to stay!

We’re here to show you what we’ve got

So move off cuz we’re hot!

If the crowd is still not hyped enough, this chant could make them more excited and thrilled.

One we are the [team name]

There I still can’t hear you

If there’s already a tension between your team and the other team, this chant must try to have a more exciting moment before the game or event begins.

Get out of our way

Today is the day

We will put you away

If you want to start the crowd chant at a very energetic level, give this out a try!

Looking for just a cool and calm crowd chant that would not cause much tension between any team? This one could be one that you are looking for.

There ain’t; no doubt about it

Spirit we got some

Another cool and calm crowd chant that won’t cause any tension between any teams. This is just a nice opening crowd chant just to make the crowd engaged.

We’ve got a team that can really fight

And the last for the opening crowd chants, this chant will surely make both your team and crowd feel so thrilled and excited at the same time.

The [team name] are here

And we are the bomb

11. All Across the Nation

If the game becomes more intense, a crowd chant like this could be the good combo for that to release some tension between the players.

All across the nation

We’ll take you for a ride

And move from side to side

Hey, can you feel it

Hey, can you feel it

Another chant to make the crowd more intense and thrilled with the game.

[first color] is our color

[second color] is the other

And do that I

If the other team is already becoming naughty with their chants, why not give them a simple yet solid naughty chant as well?

We’re gonna win, not lose, not tie the score

(Right hand on hip, Sprinkler to the right)

Having an intense game means you and other supporters must have a crowd chant that will make the players more relaxed and release some tension. This chant would be perfect for that.

We don’t mess around uh-huh

We don’t mess around no way

We don’t mess around we just huh

If the crowd is already feeling intense with the game as well, a chant that would make the crowd relaxed and show more support with your team, a chant like this is highly recommended.

You know what to do

So come on everybody

Another chant that could make your team feel more relaxed with their play.

And the real competition

Is the [team name]

Gonna take you through the leaves

Down to your knees

Another not-so-naughty and a cool chant at the same time. This will be perfect if all in the crowd will shout it loud.

We will, we will rock you

We will, we will rock you

We’ll rock you to the east

We’ll rock you to the west

When you’re rocking with the [team name]

You’re rockin with the best

A not so new crowd chant but will still surely make the crowd and your team feel hyped up especially if the game is becoming more intense.

Are the scores of your team and other teams very close? A chant like this that will make your team more motivated to play better could probably help.

And dot the I

During timeouts, a chant that will make the crowd stay hyped up is important. This chant could just not make the crowd more hyped, but the team you are cheering for will also be more hyped and more motivated.

Hey fans in the strands

Yell with us and clap your hands

Put it all together

If the timeouts occurred between an intense game, this chant could make the crowd more wild and make the players of your team more dedicated enough to win the game.

We can do it if we try

A simple yet solid crowd chant that will make your team feel happy and thrilled at the same time.

Give me an O-O

In this chant, you can get the crowd jumping with this cheer during a timeout.

The whoopsie outta you

Another short timeout crowd chant to get the fans excited.

Wadda we got, we got a lot

We got a team that’s, red hot

A cool chant during a timeout could also lessen the tension between the teams that could probably help the players lessen their tension as well.

We are fired up

Hey we are fired up

If the other team started again shouting a not-so-naughty chant during timeout, this chant will be perfect to shut them up.

Step to the back, get out of our way

And we’ll blow you away

Including your team’s colors are just something different that can make a chant very cool, just like this.

[three colors of the team]

The [team name] is dynamite!

The [team name] is back for more.

Another simple yet very cool chant that will get the crowd more wild during timeouts.

And last on the list is a chant that will make both the crowd and players of the team be more excited and thrilled with how the game will flow until the end.

Our team is pumped and ready for action

We won’t give up till we reach satisfaction! 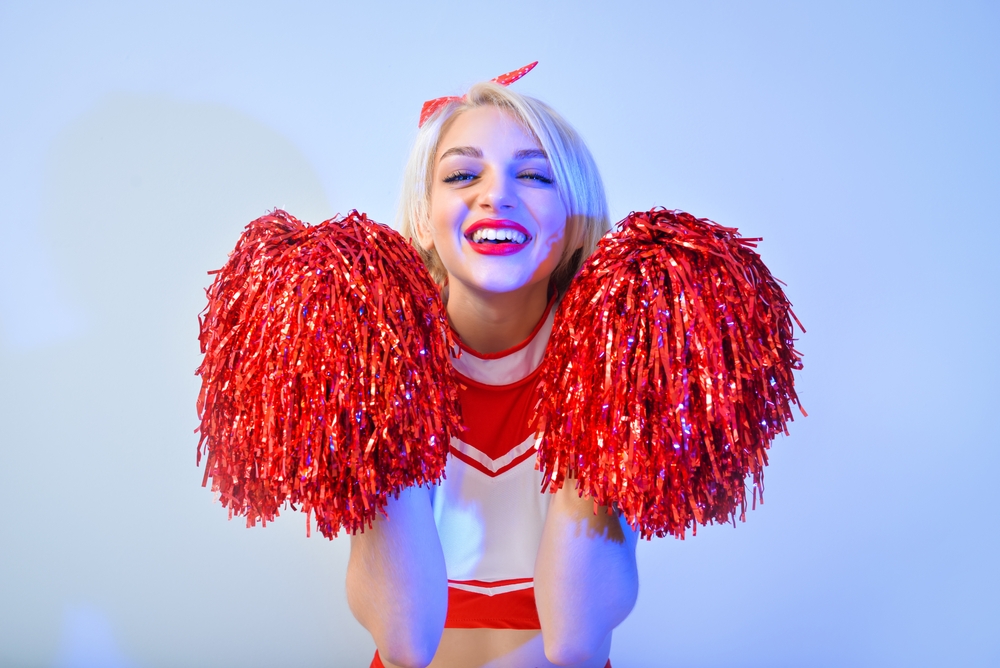