Watching live basketball games wouldn’t be complete without solid and loud cheer chants from every supporter. Cheer chants are just something that makes the game more fun, intense, and exciting.

Leading the audience in cheers is one way to motivate the basketball players or the team we are pulling for to win. By motivating the crowd with these cheer chants, you may help the team you are rooting for succeed.

Therefore, you’re definitely looking for the finest basketball cheers if you’re intending to attend a live basketball game this weekend, aren’t you? We are here to help since we are aware how difficult it may be to create your own chants, especially if they are needed immediately.

You won’t need to worry about anything since we’ll provide you with plenty of suggestions for the finest basketball cheers you can use to support the team you’ll be watching in a live game.

Be sure you read this page all the way through as we prepared a list of the top basketball cheers for timeouts, defense, offense, and free throws

What then are we still holding out for? Now let’s move on to the first list of our favorite basketball chants!

If the team decided to have a timeout between an intense game and a very close score with the other team, this could help the players and the crowd be somehow relaxed yet more thrilled with the game.

Shoot that ball, Right through the hoop

This is how we score, C’mon score

A chant that will make the crowd and fans more wild and hyped up during timeouts.

We’re the [team name], We’ve got the beat

So get down and move our feet

A power chant can also make the players of your team more powerful and regain some energy during their timeouts.

4. What about our color?

Hyping up the crowd can be more fun while chanting the colors of your team.

What about our color shout?

If the game is becoming more intense and the fans notice that the players in your team need a little time to regain their energy, this chant could be effective.

So shout it out

A cheer chant with some clapping of hand and stomping of foot will definitely make the crowd more engaged with the chant and will be more hyped up to cheer during timeouts.

7. People in the front

During timeouts, it is actually one of the best times to give out your best to shout out loud your cheer chant. And with this chant, the entire timeout for your team would not be dull and the hype will remain good.

People in the front

Let me hear you grunt (uh)

People in the back

Show me where it’s at (right here!)

Let me hear you scream (AH)

People in the stands

Stand up and clap your hands

When you cheer for your team, you must always be positive at all times, of course. Even if your time is not the one who is leading, it is important to still cheer for them. And this chant could be perfect for that.

Take it to the limit

Take it to the top (all right)

And we can’t be stopped!

As we say victory, the crowd will surely get wild. So, if during the timeouts and the crowd are already not that hyped enough, try to cheer this out. The hype will surely come back.

Is what we see

And last on the list for the best cheer chants during timeouts is this chant that will make the crowd get more excited and thrilled with the game.

Hey, let’s fire it up

Say hey let’s fire it up!

Cheers for a close game

A crowd chant like this one can be a nice combination if the game grows more intense to help the players relax.

We got spirit yes we do,

Cheering for a good defense could help the players in your team be more focused with their game.

If the game is becoming intense, it is natural that the crowd will be really loud. This chant could be perfect for that.

Let’s get a little bit rowdy

It might seem that it looks very long and too dull to cheer but trust me, if all the crowd will join you in cheering this, this will be one of the best cheer chants you’ve ever cheered for your team.

We don’t need no music

We don’t need no bands

All we need are fans

Jammin’ in the stands

If your team is behind or leading in the game that needs more than six score to have a tie game or to just simply win the game, this chant would be very perfect.

Move it down the field

If your team is lacking in defense between an intense game, try to cheer this out. It might help the players be more focused with the game and improve their defense skills.

Get, get, get that ball

Sounds simple and dull, right? But trust me, once the crowd cheered this out, the game will feel more intense.

If the other team had a foul between an intense game, don’t forget to include this in your cheer chants.

You make the touchdowns

We make the noise!

Once the team you are supporting has been doing great during an intense game, this chant could help lessen the tension.

And of course, not all the time the team you are supporting will do great. That’s why this chant can make the players feel somehow relieved and relaxed even in between an intense game.

Stay in there and

With this goofy long cheer chant, a defensive ang naughty lines could help improve the defense skills of your team.

Defense be aggressive get that ball

Jump up and block it, defense let’s stop it

R, RE, REBOUND that basketball

Lobos get it get it

Up down round and round

You don’t want your team to make such foul again so this chant could help for them to be more focused while on offense.

This is a classic offensive chant that might give the team a lift to make that goal on the next movement.

Another chant to hype everyone if the ball is within your team’s hand.

Move that ball on down the court

Shoot it through the hoop

Yes I think so

Dribble it, pass it

Free throw moments are the most crucial parts in a basketball game. To lessen some tension, cheer this out if your team will be doing a free throw. Cheering out the surname of the specific player who will be doing the free throw is much better.

Hype everyone up in the arena while your team does the free throw with this short yet powerful cheer chant.

And the real competition is the [team name]

Lessen the tension of the player who will be doing the free throw shot with this cheer chant.

You can do it

Put a little power to it

While the team is still on the center for the free throw shoot, make sure to make the most out of it and give out your best to cheer for your team.

Take that ball to the hoop hoop

Free throw shoots are just some of the moments that make us all nervous. And to lessen that, try to cheer this out for your team instead.

Woo! Shakin’ in their knees

And last but totally not the least, this long and powerful cheer chant will help your team to be more focused with their free throw shots.

Straighten that V, Dot that I 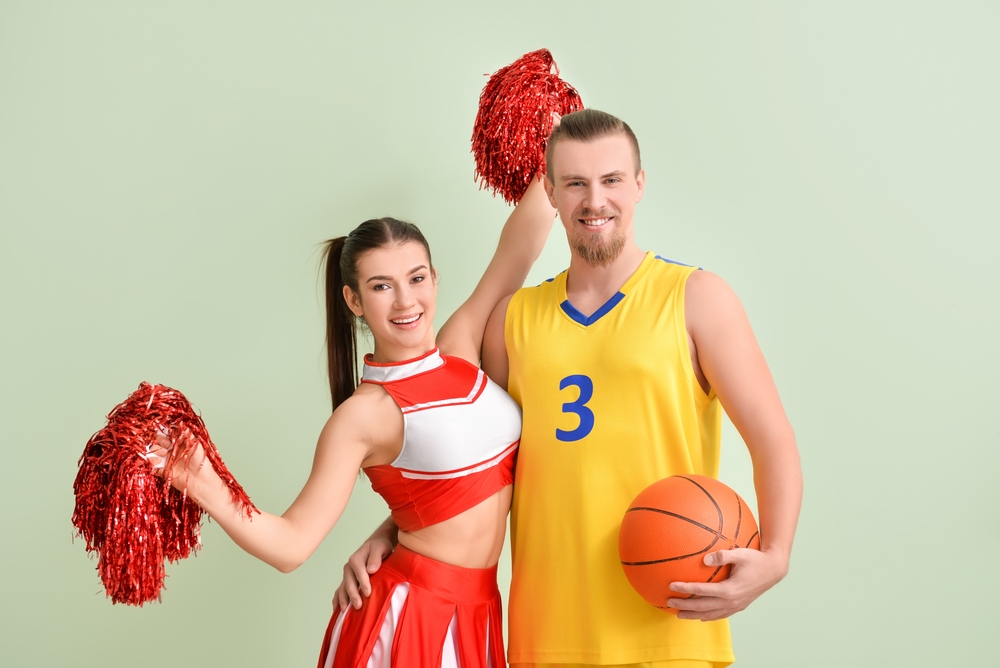