Basketball was invented in 1891 and during those times, dribbling wasn’t such a big thing and flashy moves were nowhere to be found. Years later, the idea of dribbling was introduced which changed the game completely.

In this article, we created a list of every NBA team’s best ball handler. Since there’s really no metric or standard to measure how good a player handles the ball, the only way to see how good someone dribbles is by watching and observing.

So, what are you waiting for? Let’s bounce right over to the list! 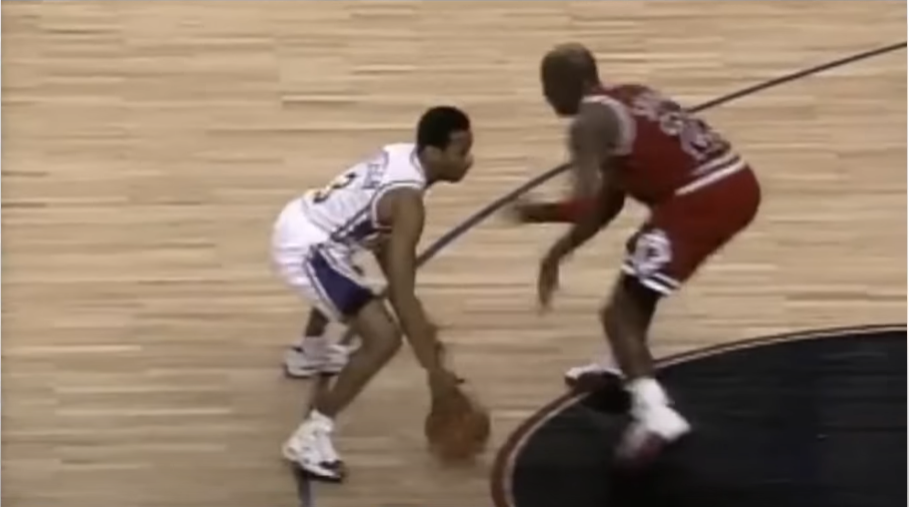 Arguably one of the best ball handlers the NBA has ever seen, “The Answer” is only one of the few people who crossed the GOAT of basketball. He also stepped over Ty Lue after dropping him in a crossover step-back jumper.

AI’s quickness and shiftiness help him switch directions effectively which leaves the defender behind all the time. He also has a solid perimeter game so he can shoot consistently off the dribble. 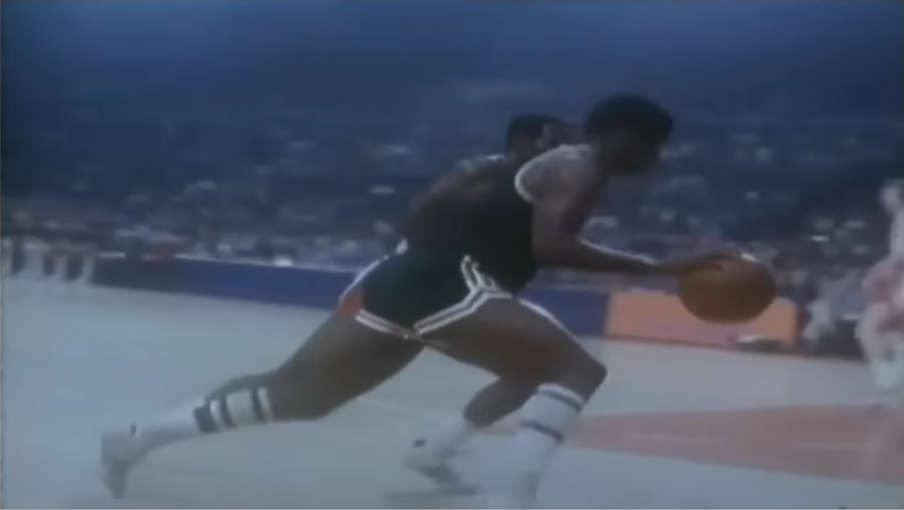 One of the best dribblers in his era, Oscar was the true definition of point guard back in the day. An assist was harder to get in the 60’s and 70’s as the rule states that the receiving player must shoot the ball right after the pass and any action after the pass voids the assist.

For Oscar to survey the court as the floor general, dribble effectively, and dish an astonishing 9.5 assists per game, he’s more than deserving to be a part of this list. 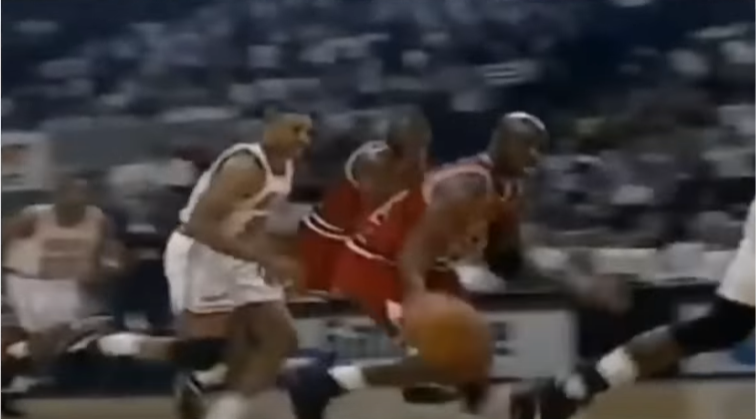 Some of you might think that it’s a casual pick and Derrick Rose should be the one up here since he’s an actual point guard and we would have picked him if it weren’t for the injuries that slowed down his career as a Bull.

Despite playing under Phil Jackson’s triangle offense, MJ still proved that he has the ball-handling skills to evade multiple defenders and drive coast to coast with no hesitation. And I don’t think we need to remind you about the crossover that Michael pulled off before making “The Shot” that secured him his 6th title. 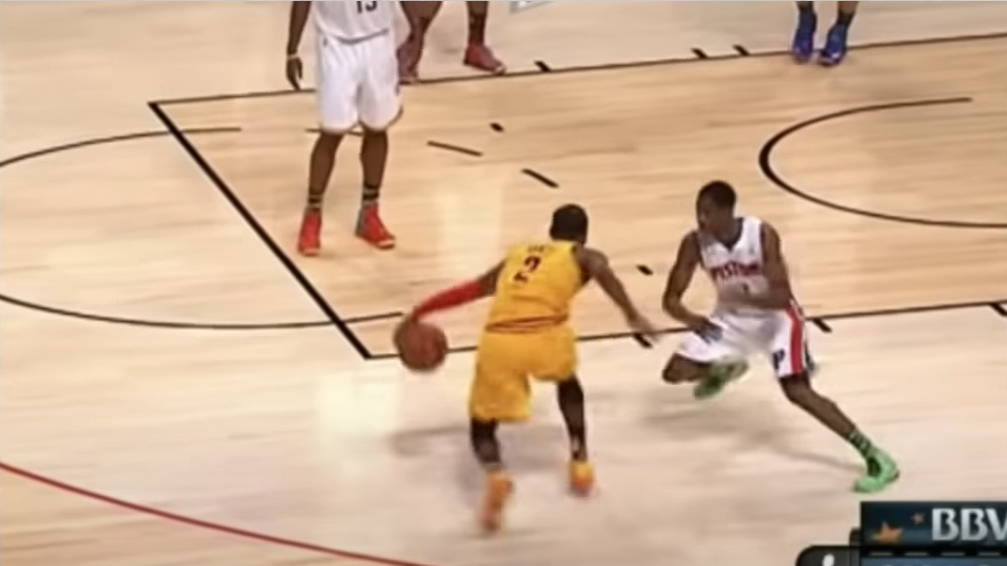 This one is one of the obvious picks in this list because we’re all aware that Kyrie’s handles are top tier and he can be considered as this generation’s best ball handler, if not in the history of the league.

Kyrie’s ability to break ankles, finish at the rim, and dribble past multiple defenders is honestly second to none and he’s definitely the best ball handler in the history of all of the teams that he’s played for. 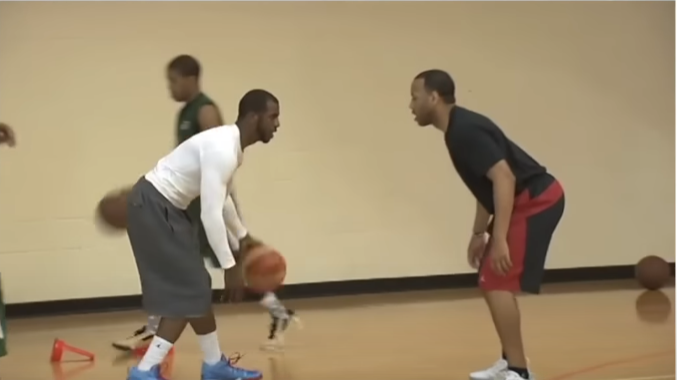 Again, one of the obvious choices in this list and it’s the “Point God” himself, Chris is arguably the best point guard in the modern NBA, and no one’s even remotely close.

What secured his place in four, yes you heard that right, four NBA team’s best ball handler of all time is his elite ball-handling skills and craftiness which helped him lead all of those teams in the deep playoffs and some championship runs.

Some might disagree that Chris also got the Phoenix suns in this list and think that Steve Nash should be the one in his place, but if we were to talk about dribbling exclusively, Chris is definitely better at creating space to score through dribbling. 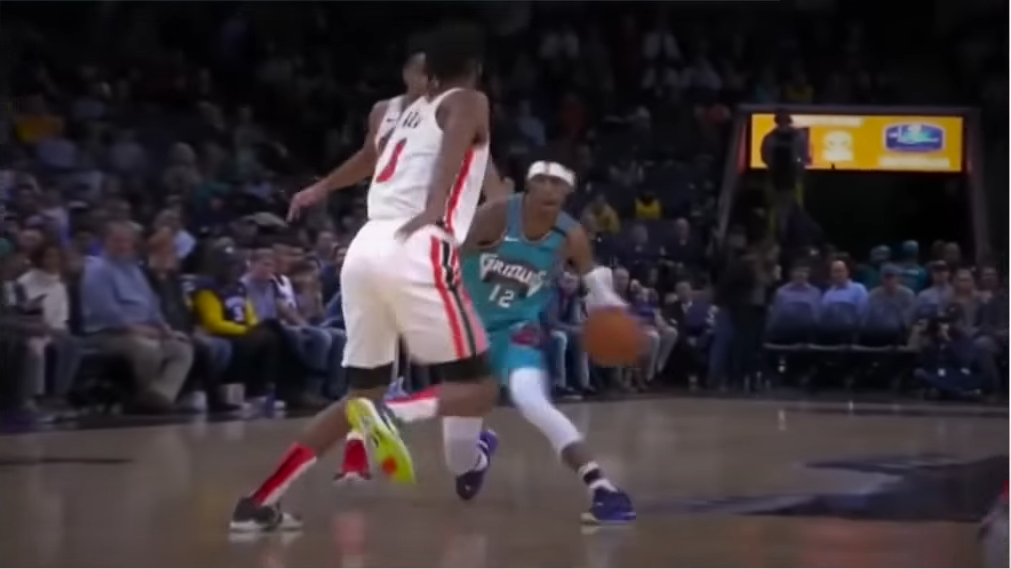 You might be thinking that this spot should go to AI since he also played for the Grizzlies but let’s be honest, AI barely played for the squad and we should give the honors to a player that played long enough for the team and that is Ja.

Ja is a freak of nature and he wouldn’t be able to attack the rim endlessly if it weren’t for his amazing ball-handling skills that leave his defenders behind. 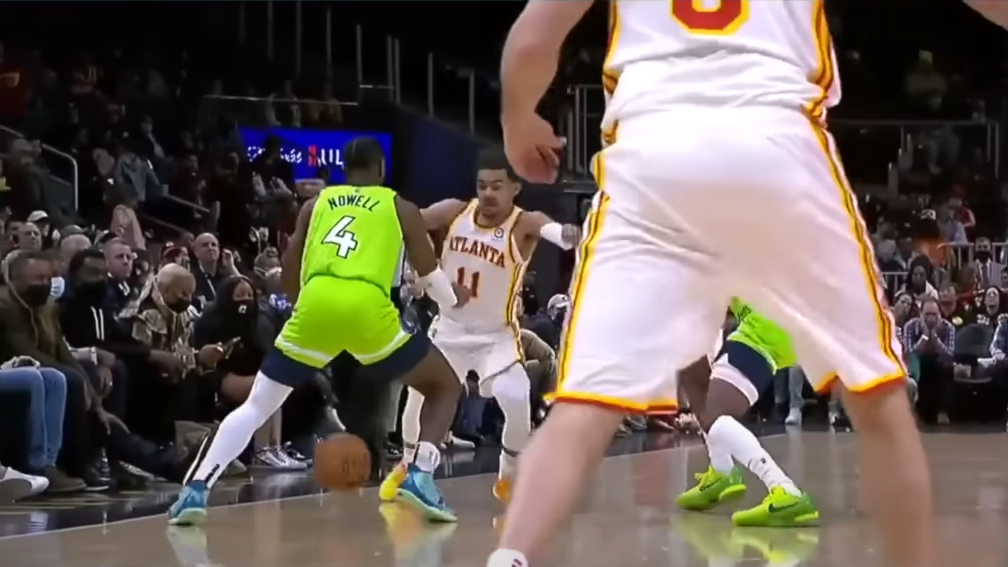 Apart from Ice Trae’s insane three-point shooting, he’s also very good at handling the ball. He uses his quickness to escape double teams and dribble under his defender’s legs like it’s a walk in the park. Trae is also exceptional in shooting right off the dribble from deep and also inside the paint with his floaters. 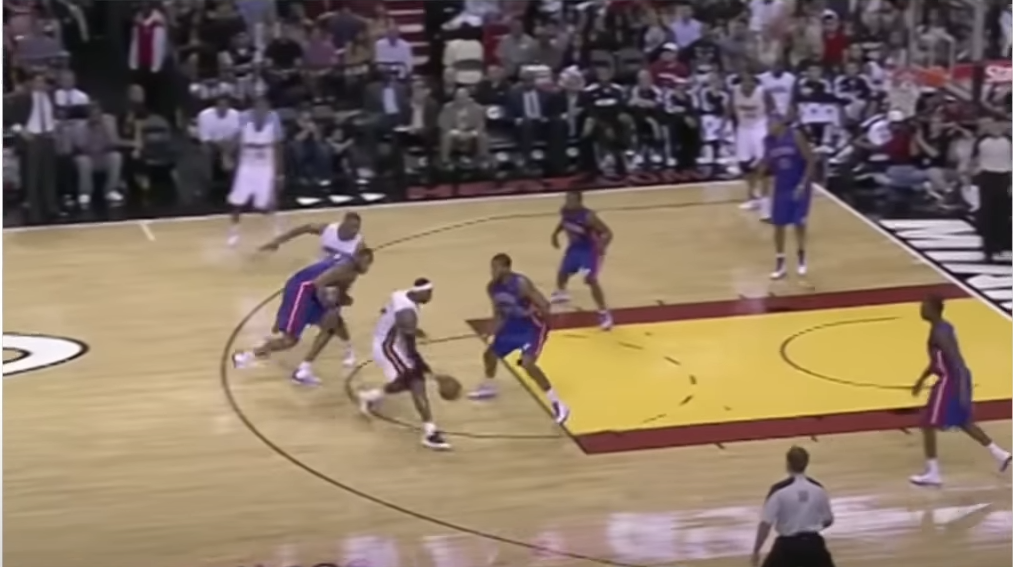 This might stir debates but our pick for Miami and Los Angeles’ best ball handler of all time is LeBron James and before you shake your head and scroll past this portion of the list, hear us out!

LeBron is considered as an amazing offensive weapon and passer and it wouldn’t be possible with his underrated dribbling. The fact that he dribbles like a guard with a frame of a big forward proves that he’s fast with the ball and strong with the finish. He could also be both fast and slow with the ball which is a difficult aspect of dribbling to pull off. 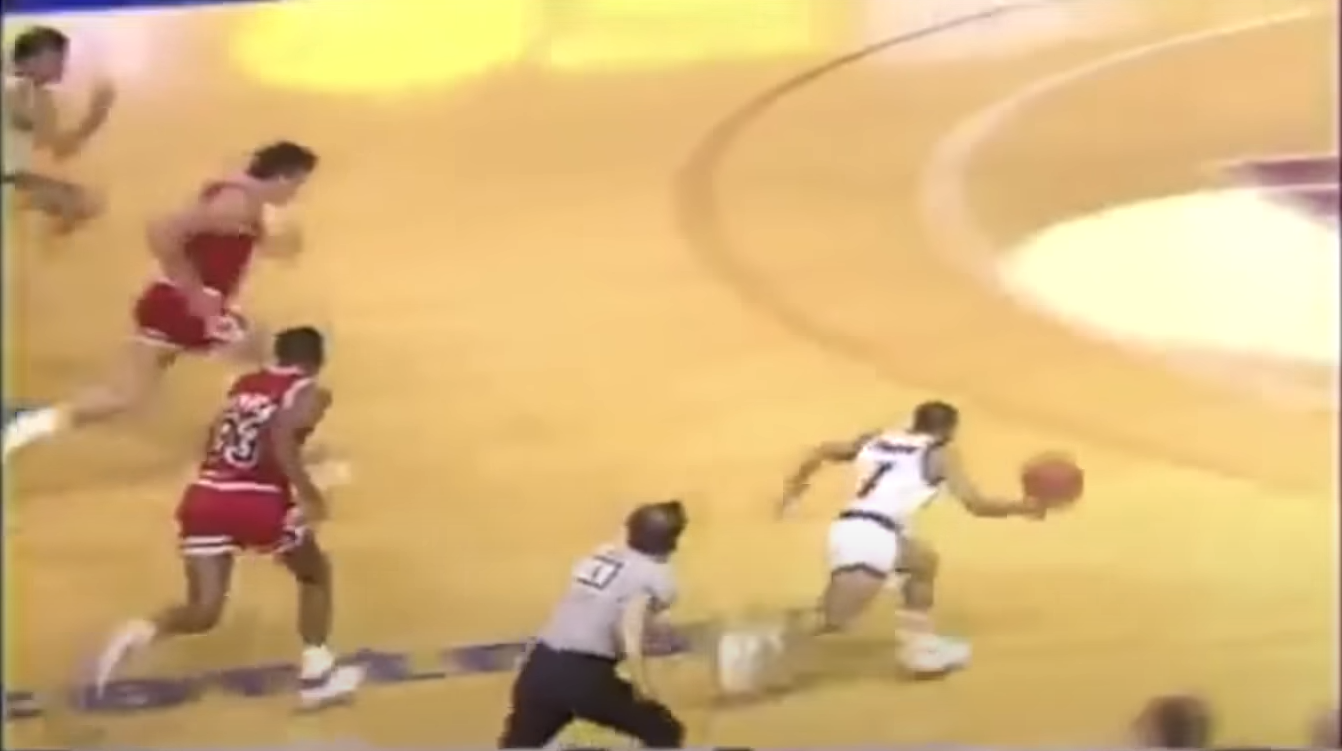 The smallest NBA player in history deserves a nod in this post because he used his creative dribbling skills to compensate for his lack of height in a league full of towering players. To say that Muggsy is quick is an understatement and he never slowed down with the ball. Muggsy took advantage of his low profile and handled the ball really well for a point guard. 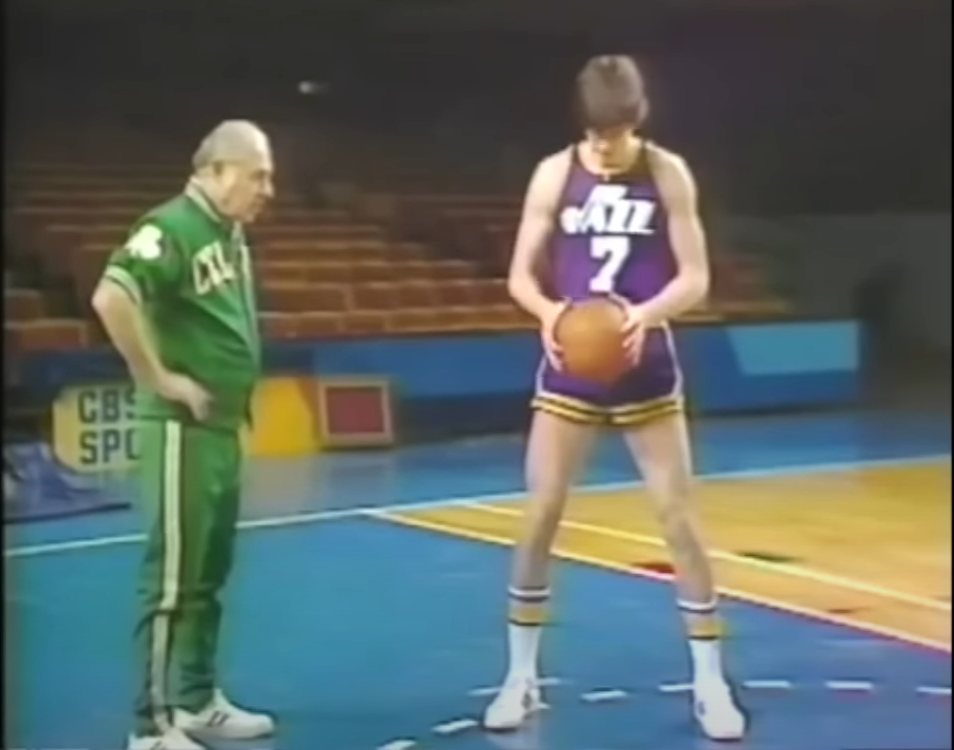 This list wouldn’t be complete without the legendary Pistol Pete and he’s definitely a part of the dribbling Mount Rushmore. John Stockton comes at a close second but if we were to look at dribbling exclusively, this list is all Pete’s as Utah’s greatest dribbler.

In his era, Pete dribbled like no other and he incorporated his amazing dribbling moves with his passing which made him a very effective point guard inside the court. 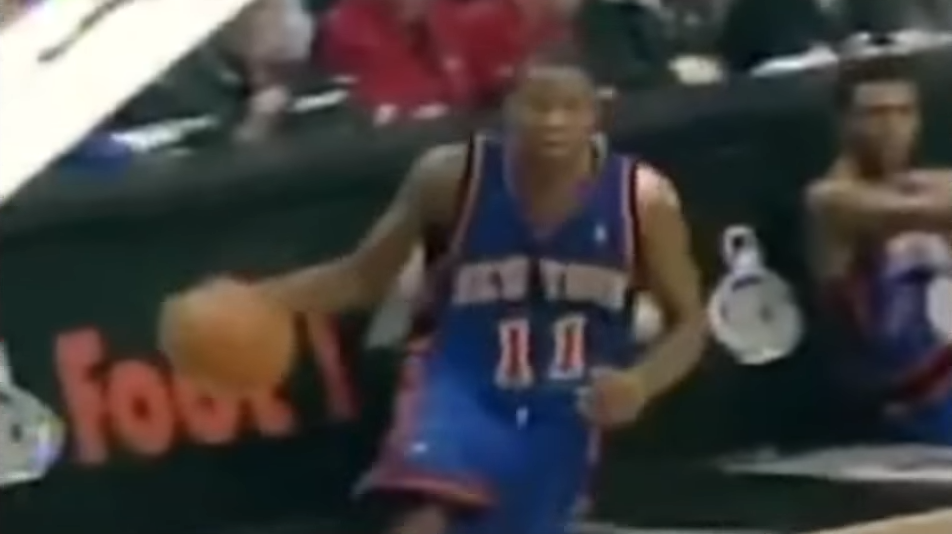 Prime Jamal was a force offensively and he can score whenever and however he liked and it’s all thanks to his insane ball-handling. Jamal was able to shift and move along with the ball easily which made him an automatic bucket.

Jamal also claimed to have never practiced any dribbling drill which makes his inclusion in this list more solid. 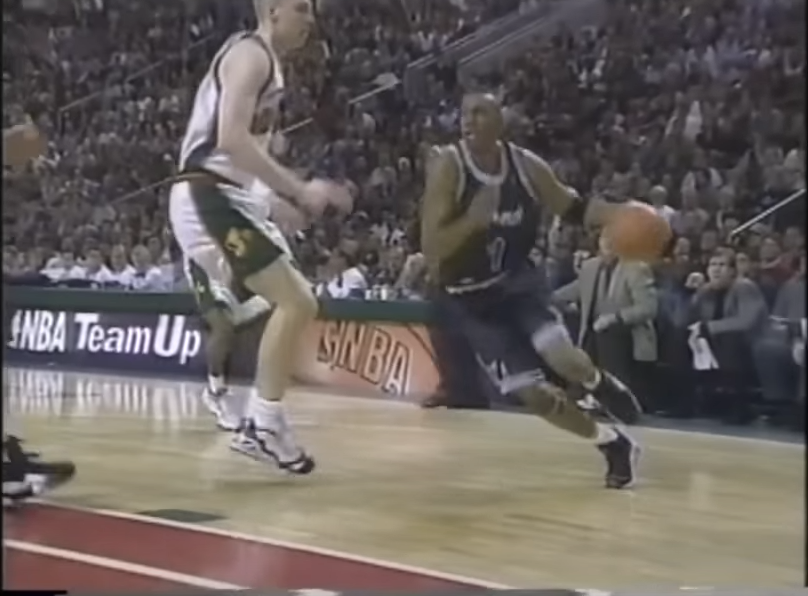 Penny is the obvious choice for the Magic and if he wasn’t plagued with injuries, he would’ve probably won a ring or two with Shaq. Standing at 6’7”, Penny is a point forward with the skills and speed of a small guard.

Penny’s ball-handling could easily manipulate the defense and his length also made it difficult to stop him inside and on the perimeter. 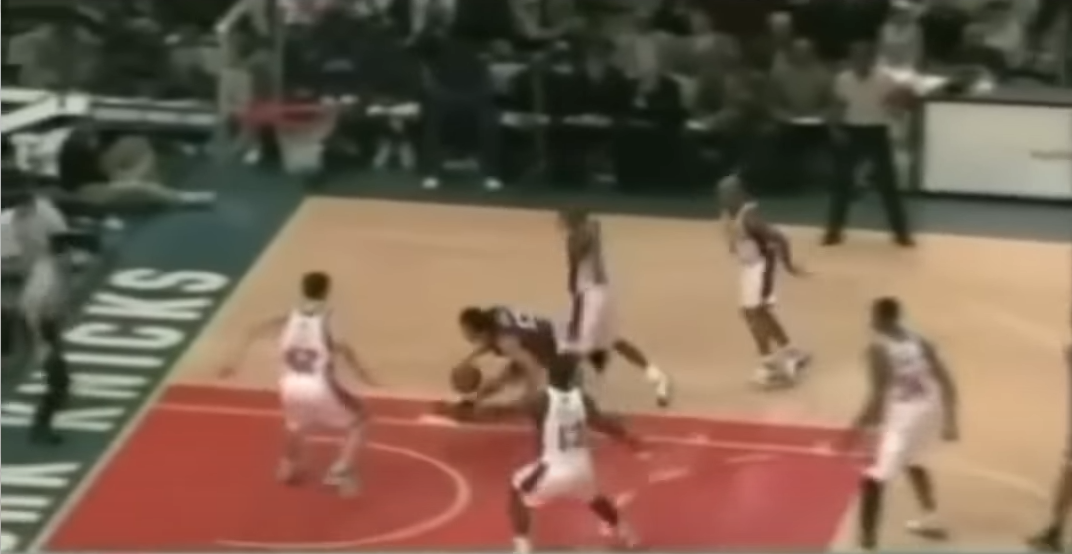 This was a tough choice between Steve and Jason Kidd but Nash’s speed and creativity with the ball secured his spot on this list. Steve can change directions at any given time and his court mobility is second to none.

Some might argue that this should be Jason’s or even Luka Doncic but Steve’s speed and effectiveness while dribbling won him his spot on this list. 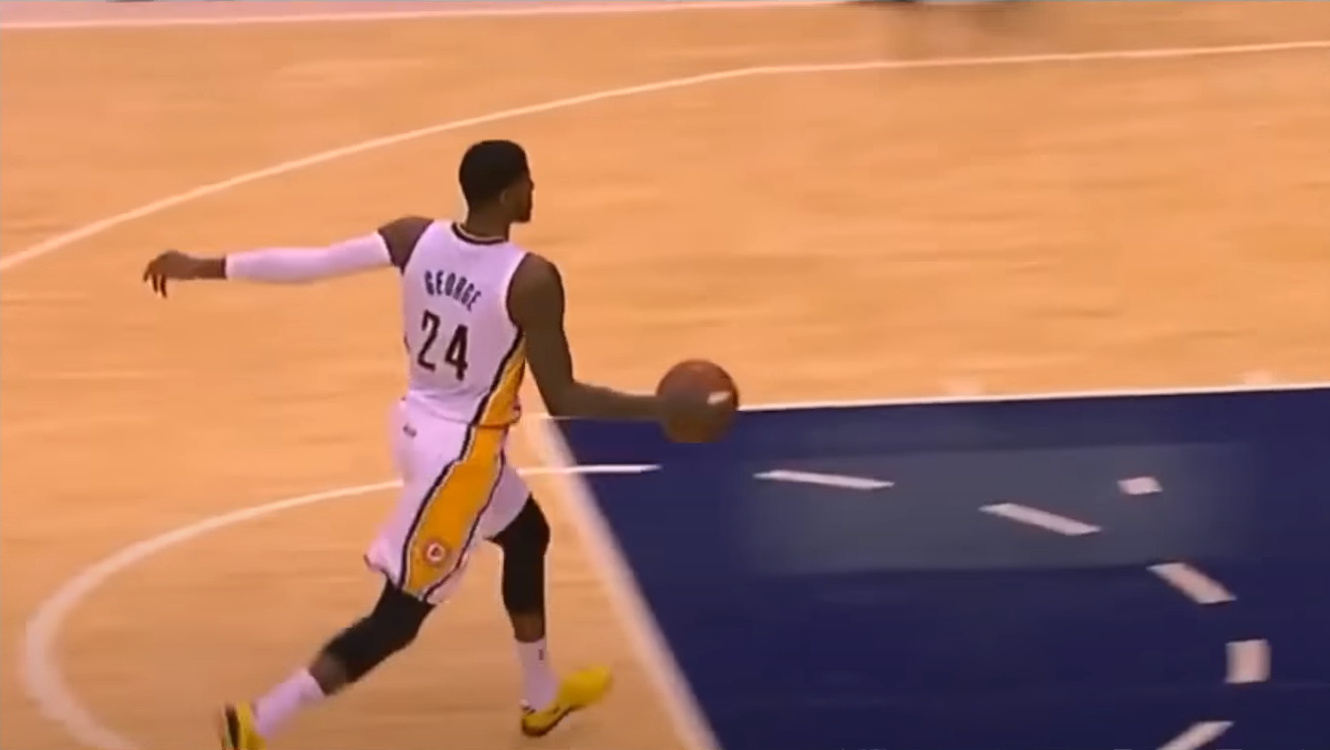 This would’ve been Tim Hardaway if he played for more than 10 games with the Pacers but our choice here is Paul and it’s pretty obvious why. For a forward his height and build, Paul can cross his defenders effortlessly and his quick first step could leave anybody behind.

Paul’s career slowed down and stagnated after his scary injury prior to the Olympics but he soon rebounded strongly with his stint in the Oklahoma City Thunder and his current team, the Los Angeles Clippers. 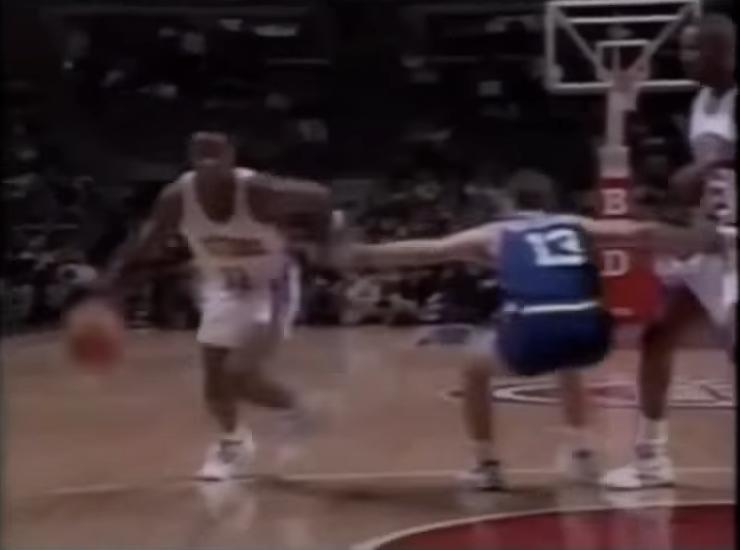 This list wouldn’t be complete without Isiah and we’re sure nobody will question that. Even though AI played 54 games for the Pistons, Isiah deserves to be the Piston’s greatest ball handler of all time.

Isiah’s speed and creativity with handling the ball helped him create open space in the floor for him to either score or pass off the ball inside. 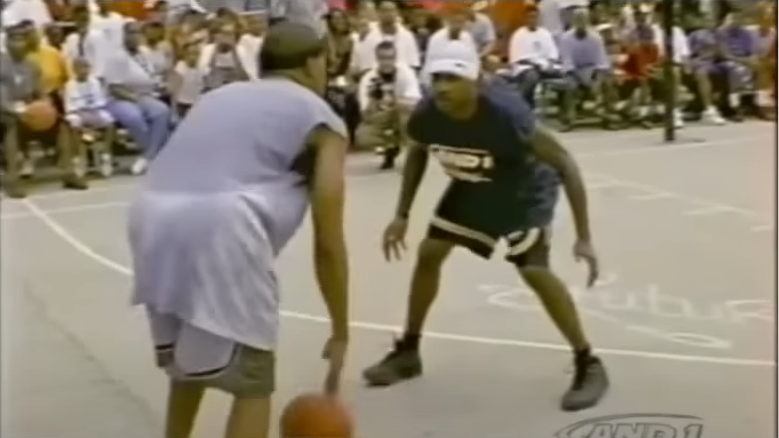 This might be a weird take for some, but Rafer handled the ball like it has a Yoyo string on it and he wouldn’t be a street baller after his stint in the NBA for nothing. He’s an excellent crossover dribbler and his mobility leaves any defender chasing from behind.

Despite not having a glamorous NBA career like the other players on this list, Rafer definitely deserves the spot on this list as Toronto’s greatest ball-handler. 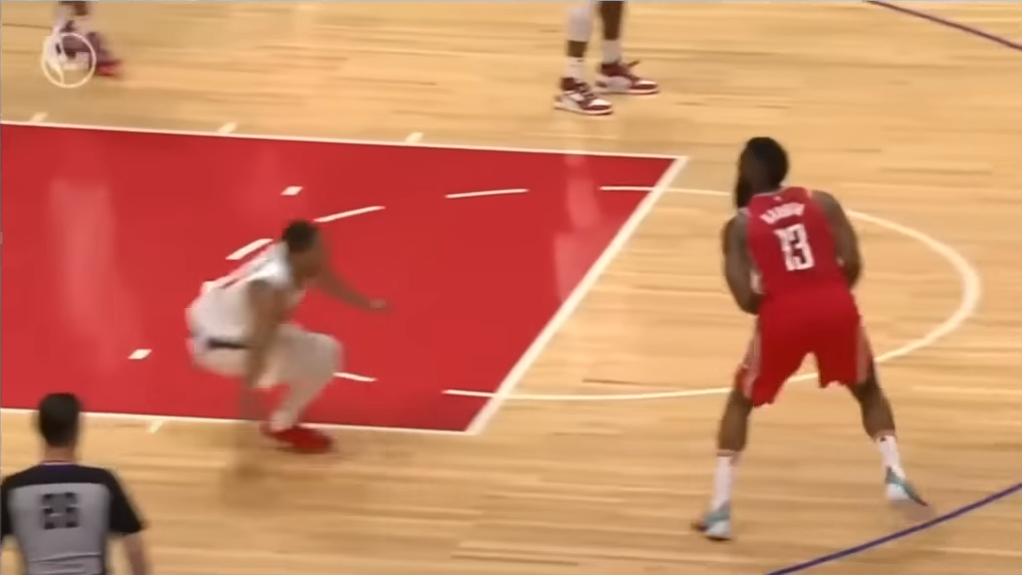 Rafer also played for the Rockets but how can we not give it to the step-back master himself? James was a lethal offensive weapon for the Rockets and it’s because of his dribbling. His insane scoring abilities make up for his also insanely high usage rate of the ball.

Even though James is a shooting guard, he runs the floor like a shoot-first point guard with a good eye for passing as well. 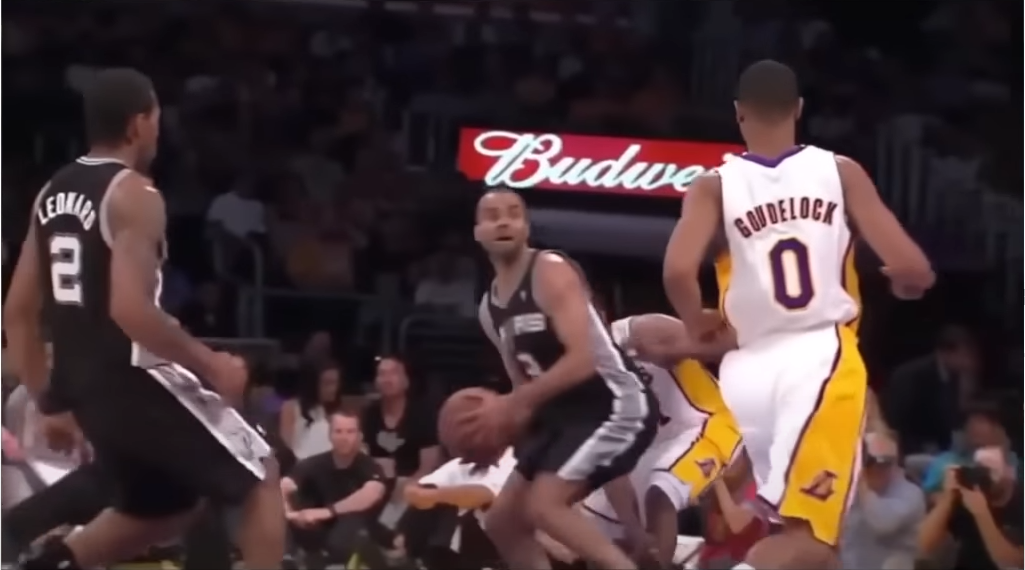 This list wouldn’t be complete without the spin cycle maestro himself. Tony Parker was a key player for all of San Antonio’s championship runs and it’s all thanks to his effective dribbling skills. Tony was able to leave any defenders behind with his dribbling and he made it look so easy too. 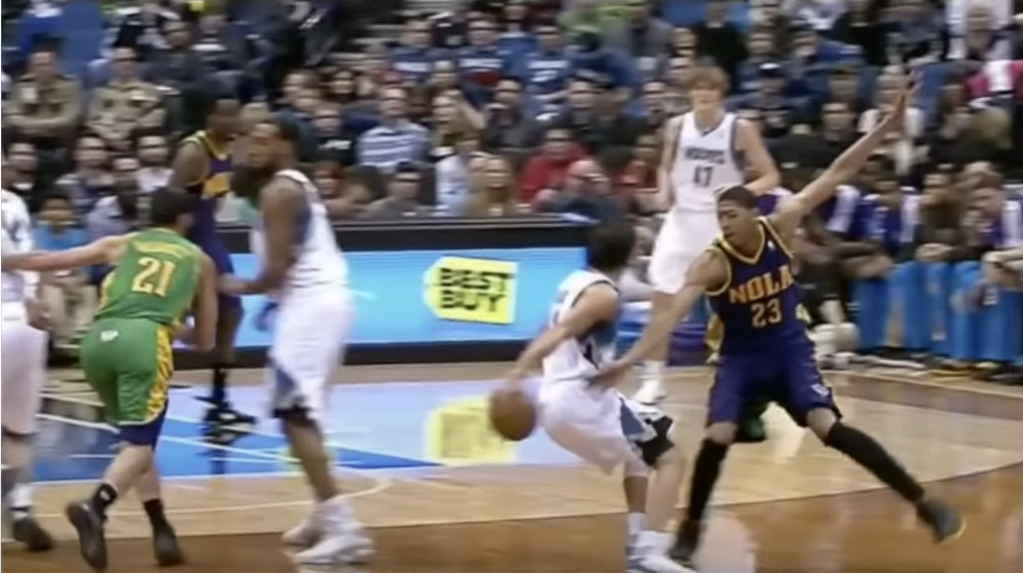 Another underrated selection but during Ricky’s time with the Timberwolves, he surely proved that he can dribble really well. He might not have the flashiest moves or the best stats for a guard, but he can handle the ball any way he wants. 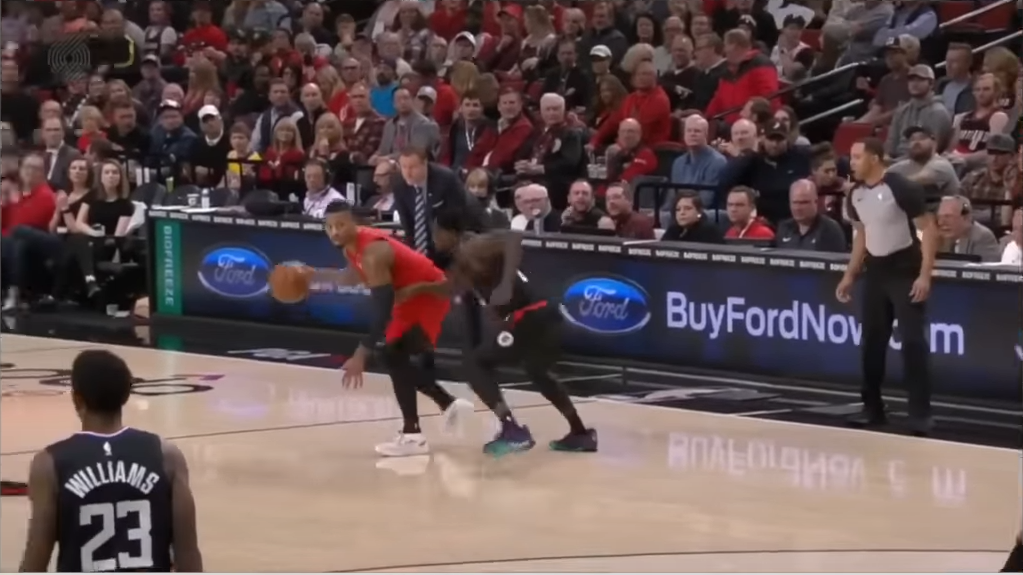 This one’s a no-brainer as well as there’s no other Blazer who should be up in this list except for Damian Lillard. Often overshadowed by his long-range three-bombs and highlight reel dunks, Damian has a lot of dribbling moves in the bag and he incorporates it well with his game and scoring arsenal. 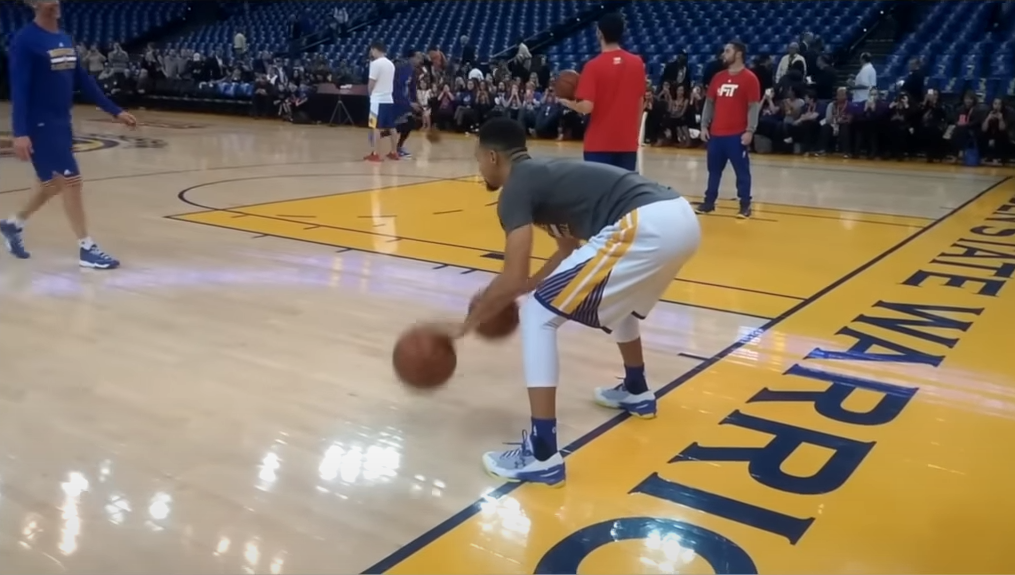 Again, obvious choice for the Golden State Warriors and its Steph. Steph can shoot the lights out, go hard in the paint and float the ball miles up in the air, or pass it to his teammates, all of this is thanks to his amazing dribbling skills.

When combined with his quick feet, Steph can leave any defender behind with his flashy yet effective dribbling. Not to mention how good he escapes double teams way up the court to get a clean look in the three-point land. 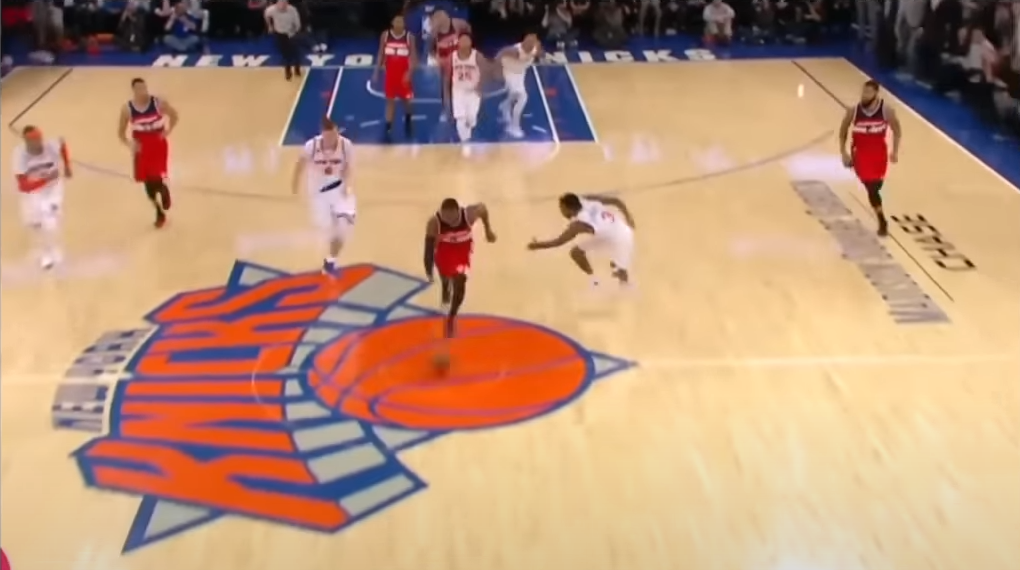 This is one of the obvious picks as well for this list as there’s no other Wizard that is as close as to what John brings to the table. As one of the fastest players in the league, John doesn’t slow down when he dribbles the ball and he uses his dribbling skills to finish hard inside all the time.

John has a pretty solid perimeter game too which makes it easy for him to switch it up and stop in the perimeter off the dribble to score an easy jumper.

In the modern era of the NBA, dribbling has become an important aspect of playing that even Power Forwards or Centers practice it. Dribbling is also a great source of entertainment for the fans as crossovers can make defenders shake and fall on the floor.

We hope to see you in our next posts!