The NBA is home to some of the best athletes in the world. These athletes can perform at a high-level day in and day out. One thing that separates the best from the rest is their ability to shoot the ball. This blog post will look at the best 3 point shooters in NBA.

The Best 3 Point Shooters In The NBA History

You want to know, “Who is the best NBA 3-point shooter?” Here are the best shooters in NBA history, in order. Our rankings are based on statistics, big wins, and how good the players are. 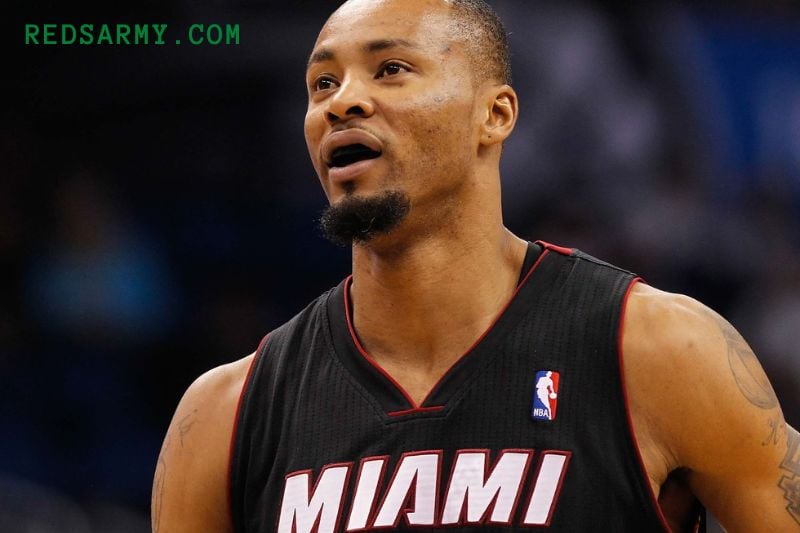 Rashard Lewis is best known for his work as a floor-spacing power forward and All-Star for the Orlando Magic. However, he was also a great player for the Seattle SuperSonics when he was at his best. The 6’10” power forward was good at setting up for threes and finding space for his trademark arcing jumper, which usually went straight into the net.

Lewis is easily one of the best three point shooters of all time. He ranks 22nd all-time in threes made, even though he took less than five threes per game during his career. The former No. 32 pick was especially good in Orlando, where he played with Dwight Howard because he got a lot of open shots and often made them easily. 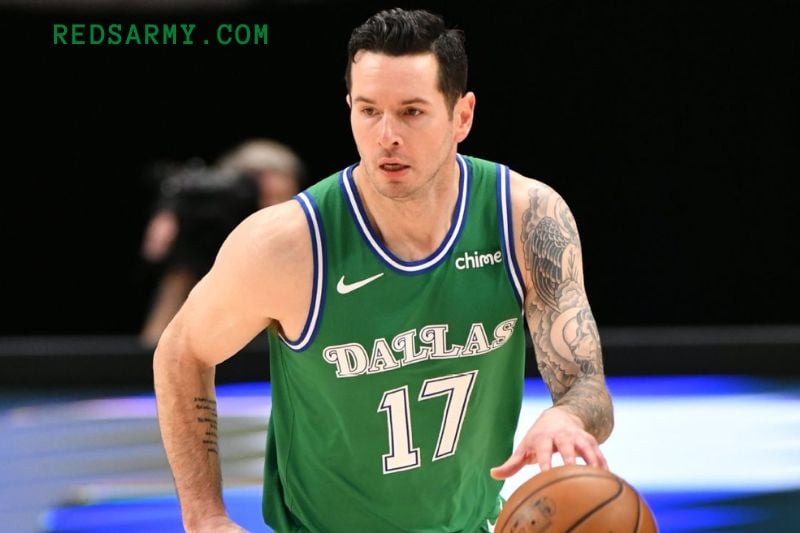 Even though JJ Redick was a role player his whole career, he was the best NBA shooter in the history of the NBA. The former Duke star made 41.5% of his three-point shots throughout his career and ranked 15th in total threes. It’s amazing that Redick had a career average of 25.5 MPG and still made over 1,900 three-pointers.

The best shooting guard NBA played for 6 different teams throughout his career, but the Philadelphia 76ers and Los Angeles Clippers were the best teams he played for. In two seasons with the 76ers, Redick averaged 17.6 PPG and shot 3s at 40.7%. With the Clippers, he averaged 15.8 PPG and shot 3s at 44.0%. Redick made an impact everywhere he went with his long-range shooting, and he is one of the best NBA players of all time at coming off screens and making jump shots. 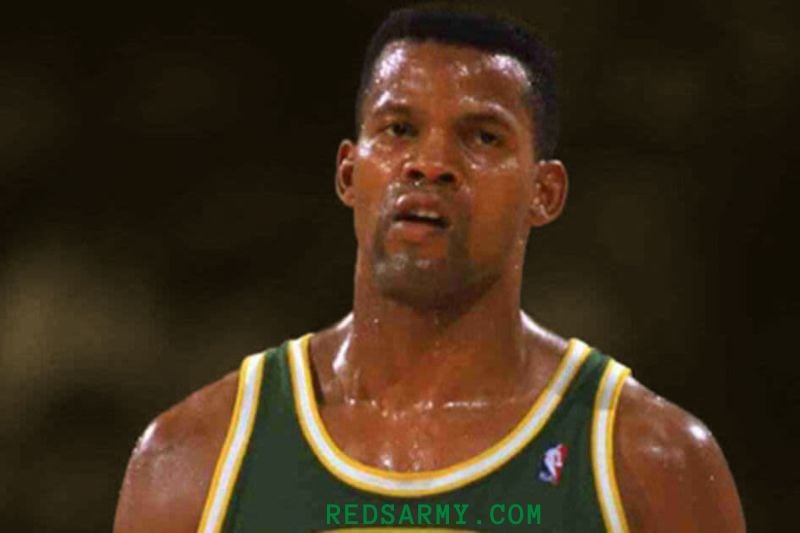 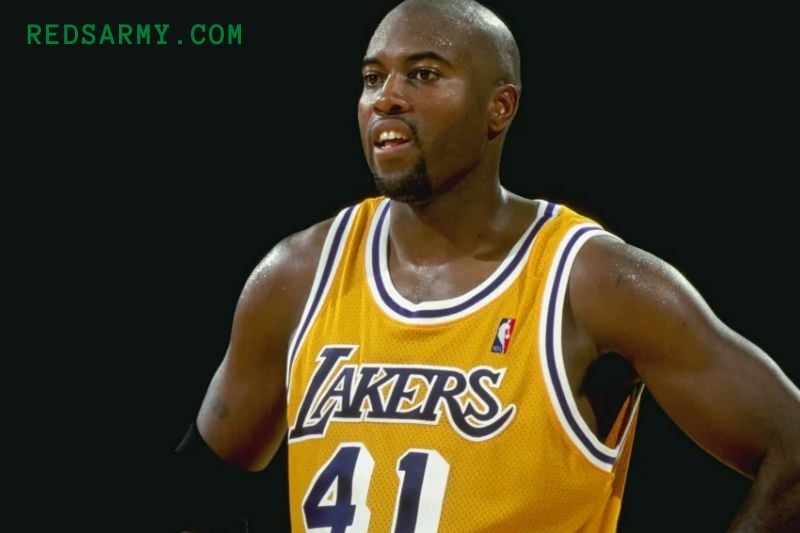 Rice told me at NBA All-Star 2019, “When I played, we thought we were shooting too many 3-pointers if each player shot more than six per game. The chance to go out and shoot maybe 15 3-pointers per game? I would hurt myself a lot if I wasn’t scoring 30 points per game on average.”

Rice is right. He scored an average of 26.8 points per game, which was a career-high, and made 47% of his 5.6 3-point shots per game. Those numbers say everything you need to know. 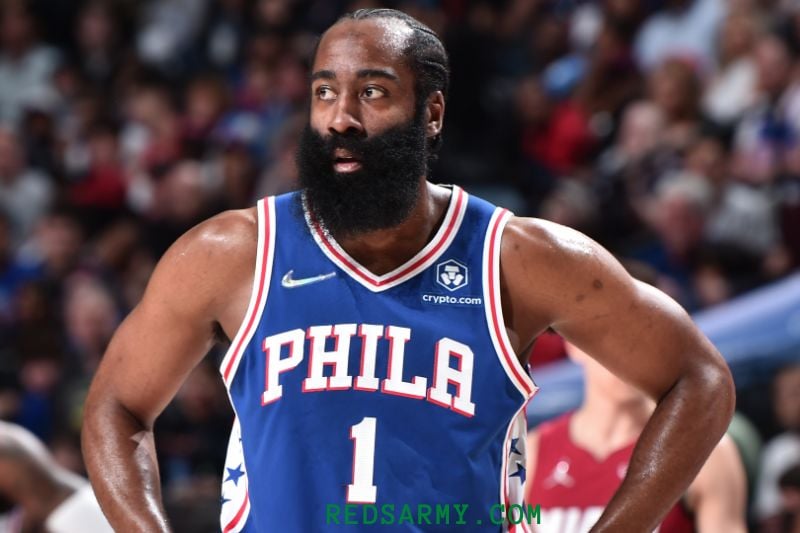 Harden is on a fast track to retiring with the second-most 3s ever made, behind Curry. As far as 3-point records go, Curry is in a class alone. Harden is the only other player to make more than 300 3s in a single season, which he did in 2018-19. Harden also made 299 3s during the 2019-20 season, which was cut short because of the flu. 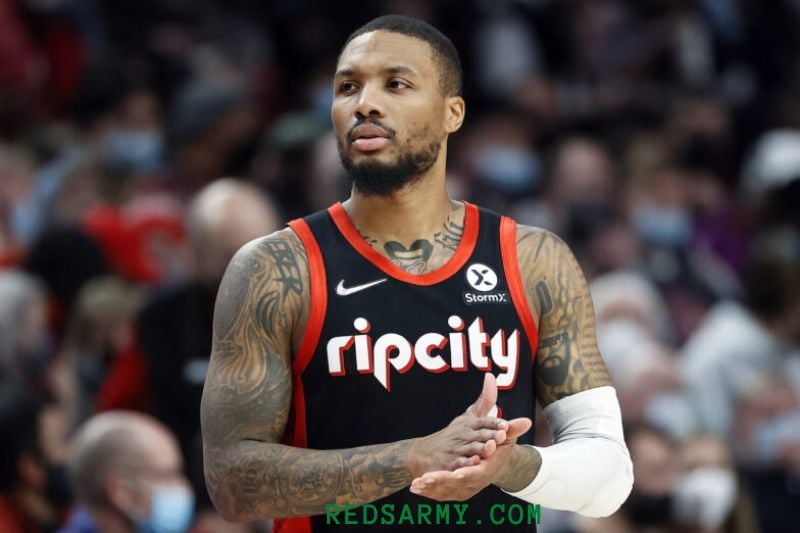 Damian Lillard is one of the best shooters of all time because he can shoot from anywhere. This is true even if he doesn’t have the best percentage among three of the other players on this list. Lillard can make contested shots from 35 feet away and doesn’t hesitate to take them when it’s most important.

How many times has Lillard made a long-range shot at winning games for Portland? Remember that Dame was the one who ended the Paul George experiment in Oklahoma City and the Dwight Howard era in Houston.

The 31-year-old is already 10th in three-pointers made and has much more to do in this game. He has a long-range sniper that he can use against anyone. Even though he has taken an average of 8.1 shots from deep throughout his career, he has made over 37 percent of them. This is truly amazing, and at 31 years old, he is far from done. 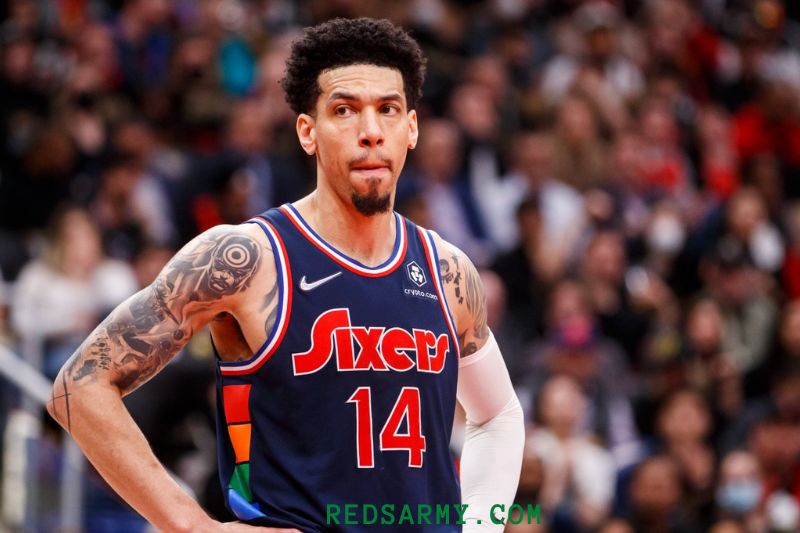 Without Green, this article wouldn’t be about the NBA best 3 point shooters of all time. He has won three rings up to this point.

Danny Green won the Spurs’ first championship with them. With the Toronto Raptors, this player won his second championship. With the Los Angeles Lakers basketball team, Green won his third ring.

In 2013, his career took a new direction. At the time, he was playing against the Big 3 of the Miami Heat. He set the record for the three-point scores in a final series list, which shows how well he did.

He and his team lost that series, which was a good thing. But Danny Green did win one NBA title in 2014. 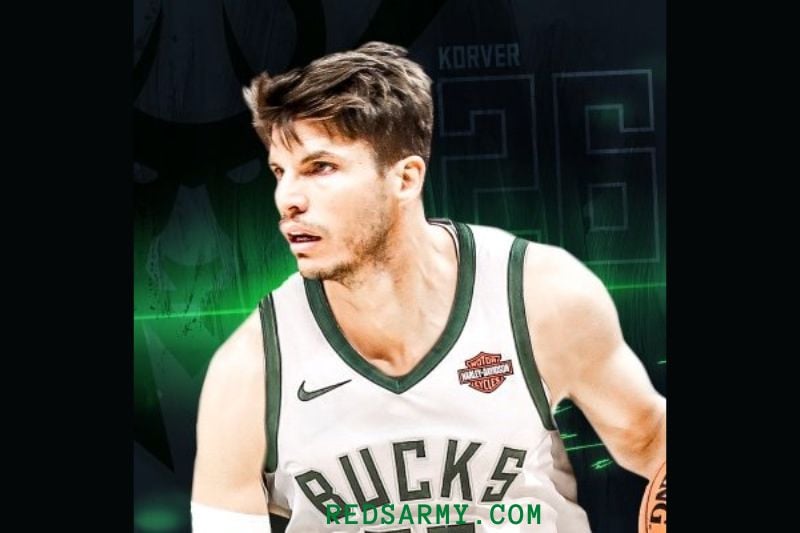 Kyle Korver belongs on this list. Fans know that every time Kyle Korver plays, he will hit three corners and bounce off the screen for a 3-point shot.

Kyle Korver is a threat to any defense. This incredible player holds the record for the most three-point goals in a season. The exact number for that record is 53.6%. 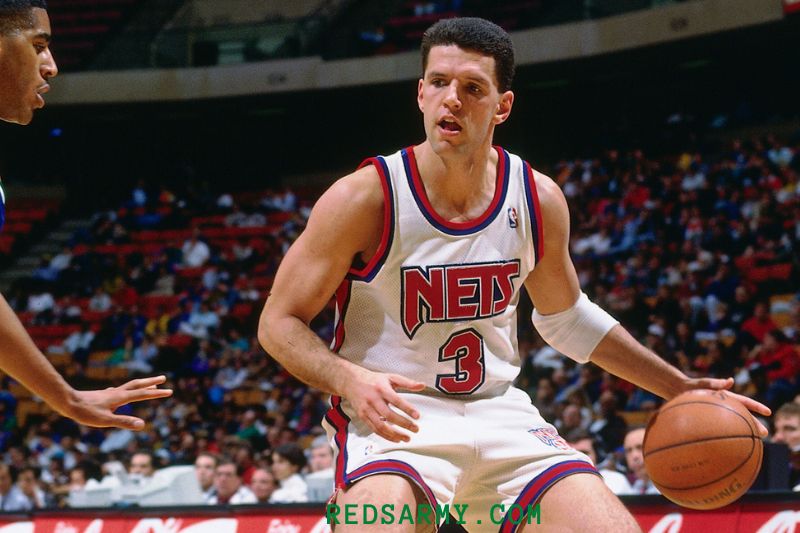 Drazen Petrovic is thought to be one of the best NBA players by a lot of people. Because of how well he shoots, he is one of the best 3-point shooters in the history of the NBA.

The player had a rough start with the Portland Trailblazer in his first two seasons. A car accident has also stopped him from getting ahead.

After that, Petrovic was able to play up to his full ability. He worked hard and is now on the list of the best three-time NBA-point shooters. 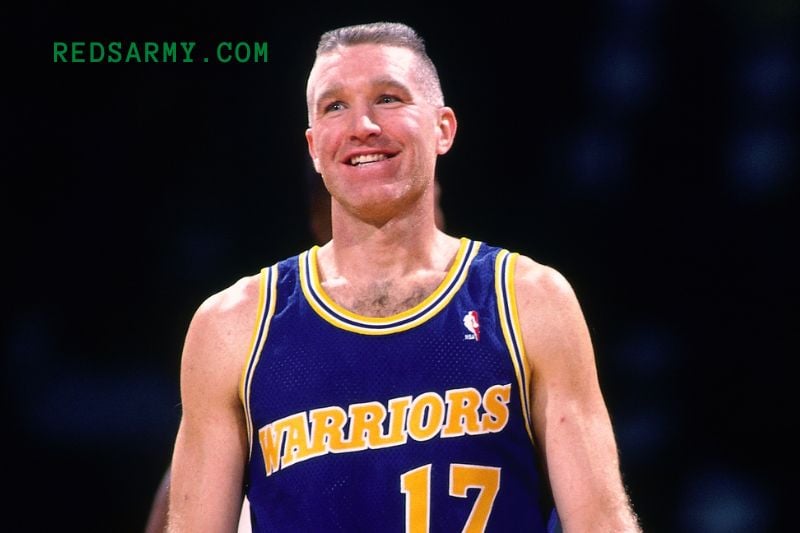 This NBA player is one of the best 3-point shooters in the league. This player is not very fast. But Chris Mullin made up for that with his shooting skills.

This player shot well with his left hand while with the Golden State Warriors from 1987 to 1993.

During these years, he scored at least 20 points per game. He has had a memorable career with the Warriors and the Pacers because he is a reliable player. 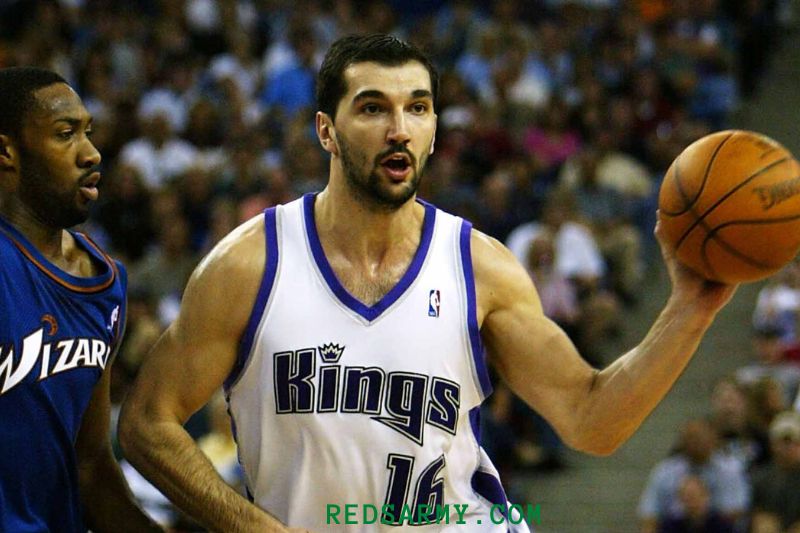 He is one of the best shooters in the league because he is a European skilled player. He has averaged 17 points per game throughout his career. Because of all he has done, he is ranked fifth all-time in the league’s record book.

Peja Stojakovi made a name for himself by shooting well and going to three All-Star games.

The NBA Three-Point Shooting Contest was also won twice by this player. So, it’s clear that he is the best three point shooter NBA. 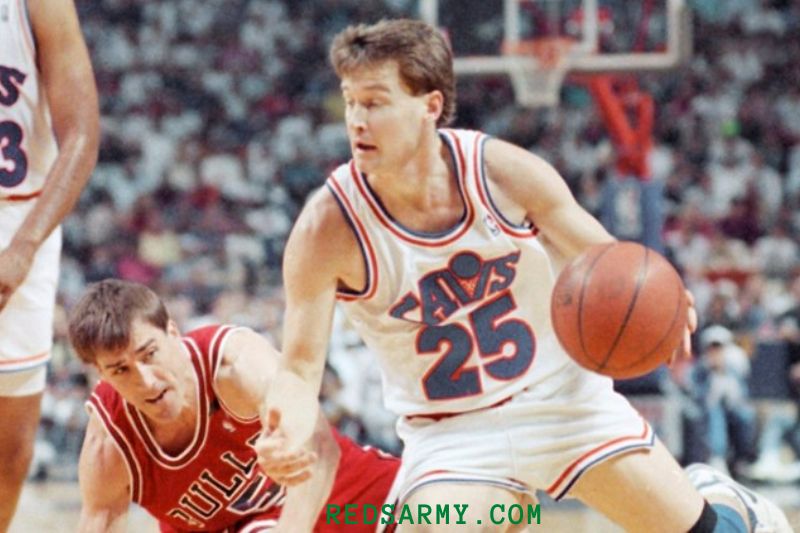 Mark Price is one of the best shooters in the history of the NBA, and he deserves to be called that. Mark Price was a nightmare for the other team when he was on the field. 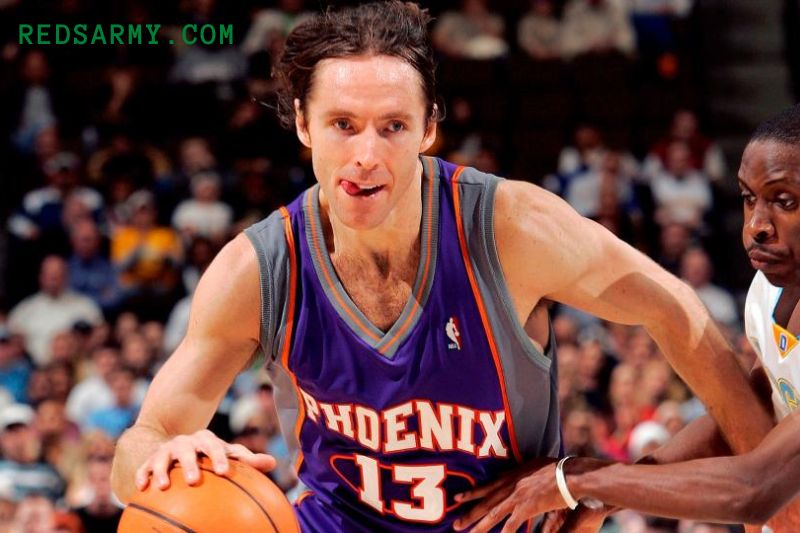 So, Steve Nash is at the top of this list at nine.

Steve Nash is a big deal for teams that play against him. He has excellent passing skills. So, the defenses of other teams always have a hard time beating him. 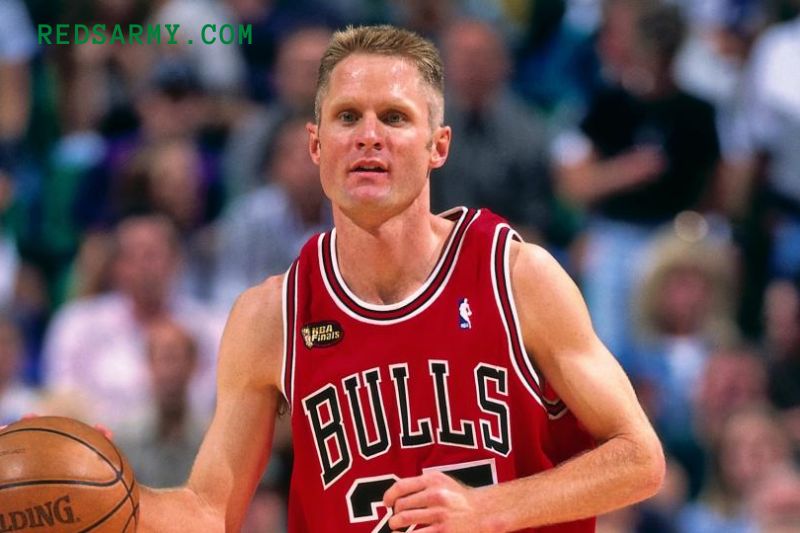 His best accomplishment is making 45 percent of his shots from far away. It’s not an easy task. The fact that no player has been able to beat that record up until now shows that it is true.

Steve Kerr is also first in the NBA record books for making the most three-point field goals. So, he deserves to be considered one of the best three-point shooters ever. 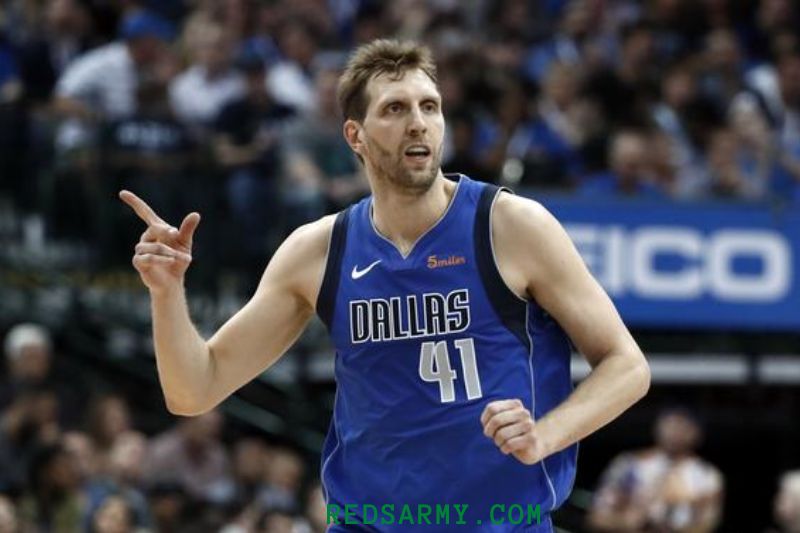 People often believe that big guys can’t shoot. The talented German Dirk Nowitzki showed them that they were wrong. He is a big striker who can shoot very accurately. When he played in the Finals against the Miami Heat, he showed how good he was at shooting.

This shooter proved good when he helped the Dallas Mavericks win their first championship in 2011. He also won the Most Valuable Player award for the finals.

Dirk Nowitzki is one of the best shooters in NBA history. This is not a surprise, given how good he is. 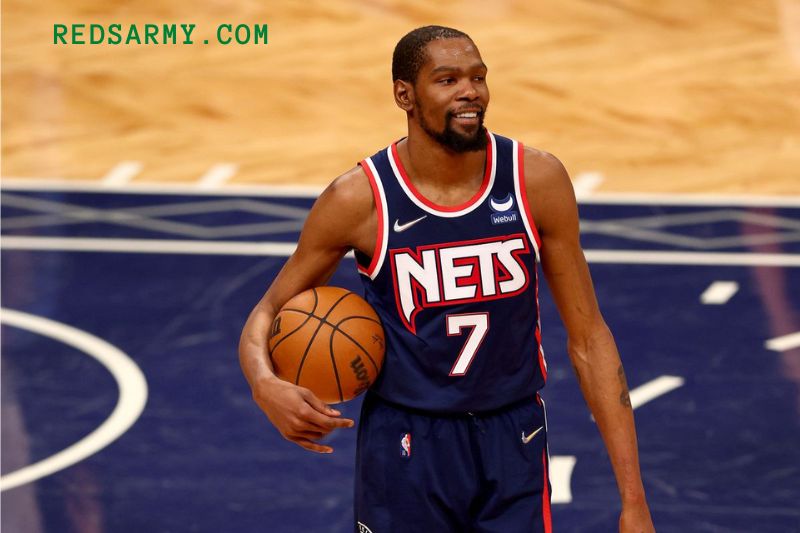 When it comes to big guys with great shooting abilities, we can’t ignore Kevin Durant. We believe that there are few people with such great skills as him.

Kevin Durant has a height advantage. Therefore, he is a big problem for opposing teams. The 10-time All-Star always performs well whenever he plays.

With his amazing skills, he has been of great help to his team. Specifically, Kevin Durant helped the Warriors win two championships against the Cleveland Cavaliers. He also received the title of Finals MVP in those championship runs. 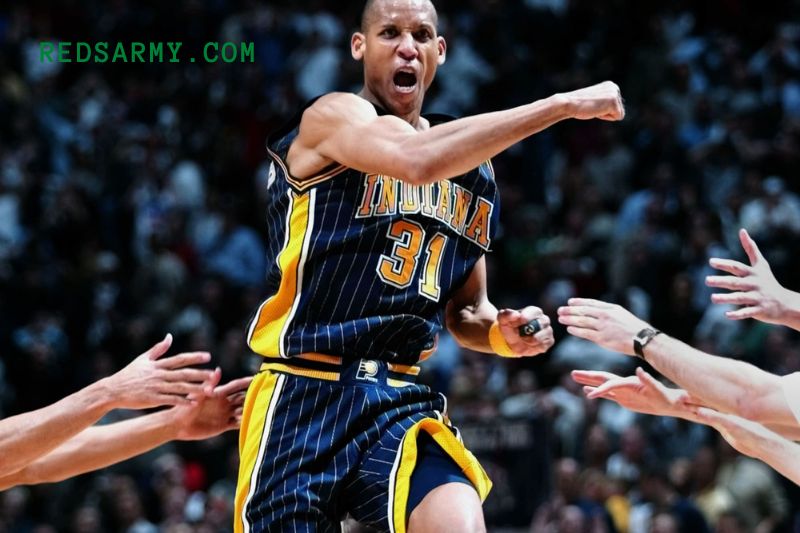 Reggie Miller was sometimes the best shooter of all time during his career. At that time, Reggie Miller had 2,560 three-point conversions, which was the most of any player ever (until 2011). He scored 8 points in 9 seconds, which is one of his most impressive feats.

Reggie Miller should be in the top 3-point shooters of all time because of how well he has done in the past. Reggie Miller joined the prestigious 50-40-90 club because he was a great shooter. 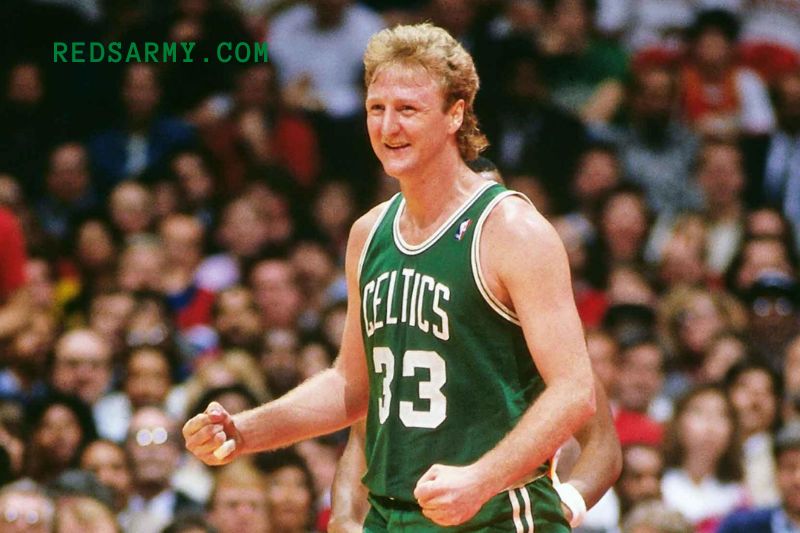 Larry Bird is a player who can easily shoot from anywhere on the court. He really is one of the best shooters in history. He has done amazing things in his career.

His past work makes it clear how good he is. He has won 2 Final MVPs, 3 NBA Championships, and 2 Season MVPs, which are all very impressive. 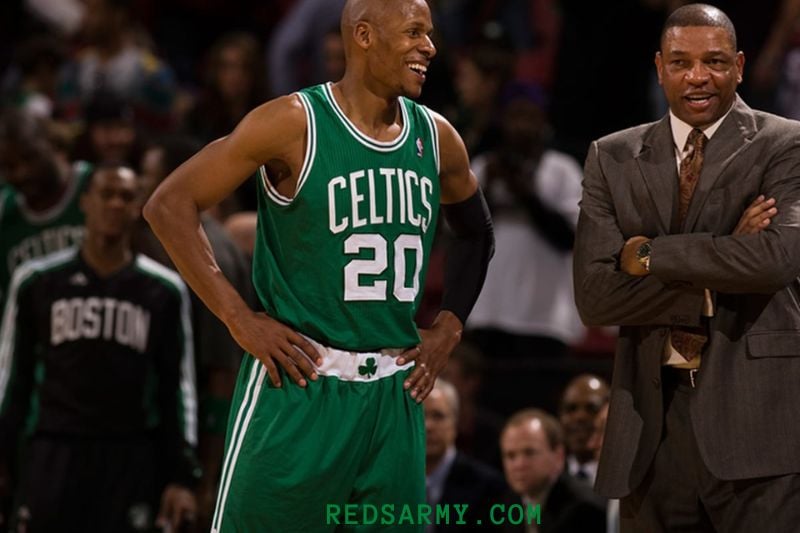 Ray Allen is the only person on this list who should be at number three. Ray Allen is a very good player at both shooting and catching. This is clear from all of the amazing things he has done. Ray Allen has had two rings so far.

Allen is considered by many to be one of the best shooters in NBA history. This player won the NBA Three-Point Contest in 2001. He is the best three-point shooter of all time. Ray Allen also beat Reggie Miller’s record for the most 3-point field goals ever made in the NBA. At the moment, Ray Allen has the most, with 2,973. 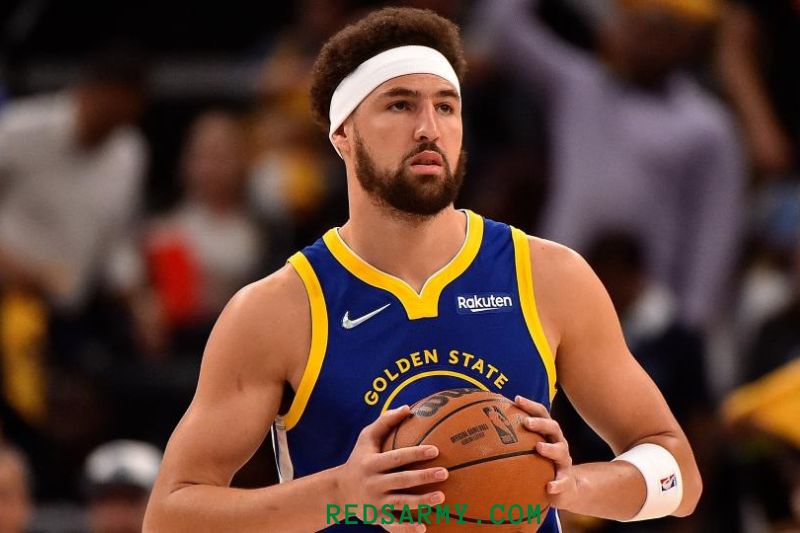 The player who should be second on this list is Klay Thompson. Because he was so good at the game, he once scored 60 points in 29 minutes.

He played in the All-Star Game five times because he shot well. Klay Thompson was also a big part of the Golden State Warriors’ three championships.

Klay Thompson still has many chances to break more shooting records in the future. 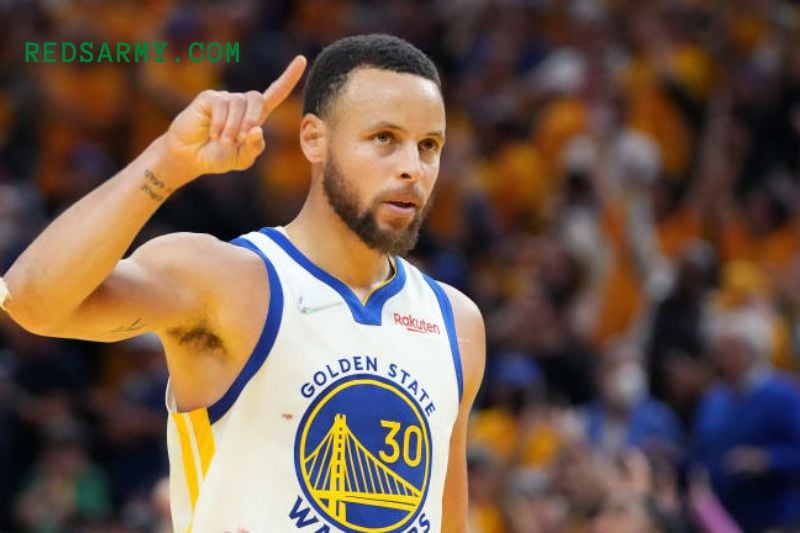 His work life is still going on. We have every reason to hope that Stephen Curry will keep breaking records.

Who is the best player to ever make a 3-point shot?

Stephen Curry is the best player to ever make a 3-point shot. Curry became the best 3-point shooter of all time when he passed Ray Allen on December 14, 2021, for the most 3-pointers ever made in the regular season. At that time, Curry had made 2,977 3s. Ray Allen is in second place with 2,973 made 3s. 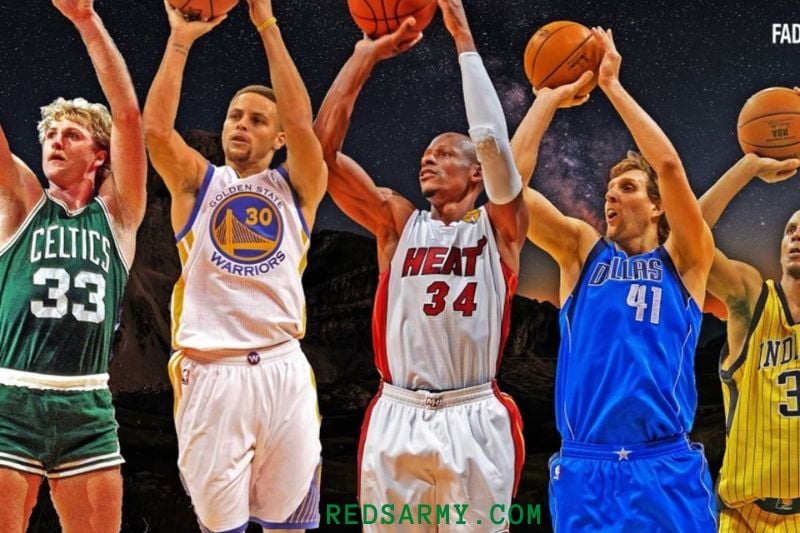 Who has made the most three-point shots in a game?

Klay Thompson breaks the record for the most 3-pointers made in a single game.

On October 29, 2018, Klay Thompson set fire to the Windy City. This Golden State Warriors star hit 10 3-pointers in the first half against the Bulls.

Who has made the most 3s in a playoff game?

ESPN Stats & Information says the Cleveland Cavaliers and Atlanta Hawks made 37 three-point shots in Game 3 of the Eastern Conference Semifinals on Friday. This tied the NBA record for the most three-pointers made in a single playoff game.

The basketball game has evolved greatly over the years, and the importance of shooting has only increased. The best shooters in the NBA can knock down shots from all over the court and keep defenses honest. They are the engine that makes their team’s offense go and are valuable to any team.