Some people may consider: are blazers to be basketball shoes? It really comes down to what you are looking for in a shoe and what you will be using it for. If you need a shoe that provides good ankle support and traction, then a basketball shoe might be a better option.

However, if you simply want a stylish shoe to wear out, then a blazer could be a better choice.

The Development And History of the Nike Blazer

Since the 1973 debut of Nike’s basketball shoe, users have recognized the model’s versatile style and suitability for various applications. Nike modified the sneaker’s design as part of their casual lifestyle clothing range. Skateboarding was also possible thanks to the employment of more sophisticated technologies. 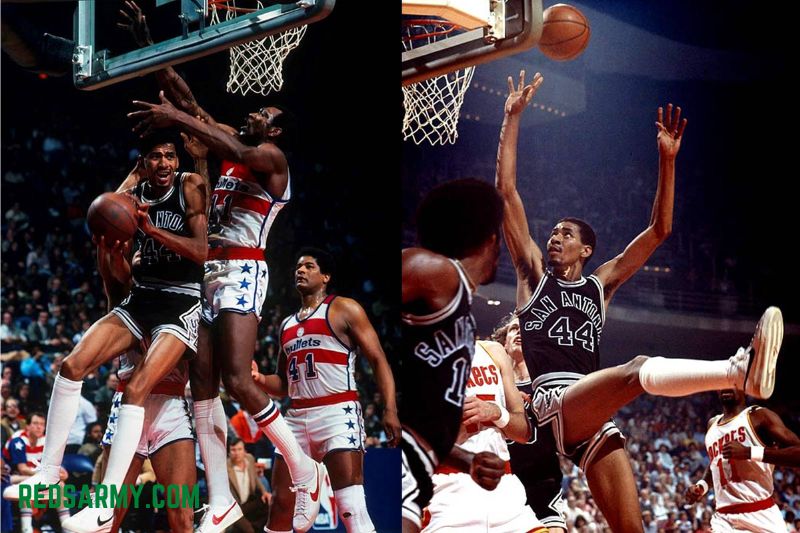 The Blazer has always been a straightforward shoe with a mid-cut design that has benefited from amazing collaborations. It has since sparked collaborations with well-known streetwear companies like Supreme, Off-white, and Stussy.

According to Footwear News, Nike has kept the Blazer on the list of relevant sneakers in both the fashion and utilitarian realms by maintaining a fairly continuous supply of new iterations combined with sporadic limited editions.

With its limited Supreme collaborations and advertising for skateboarding editions, it has become popular in a number of regions as a luxury shoe. The traditional sneaker can be easily modified to almost any footwear niche. 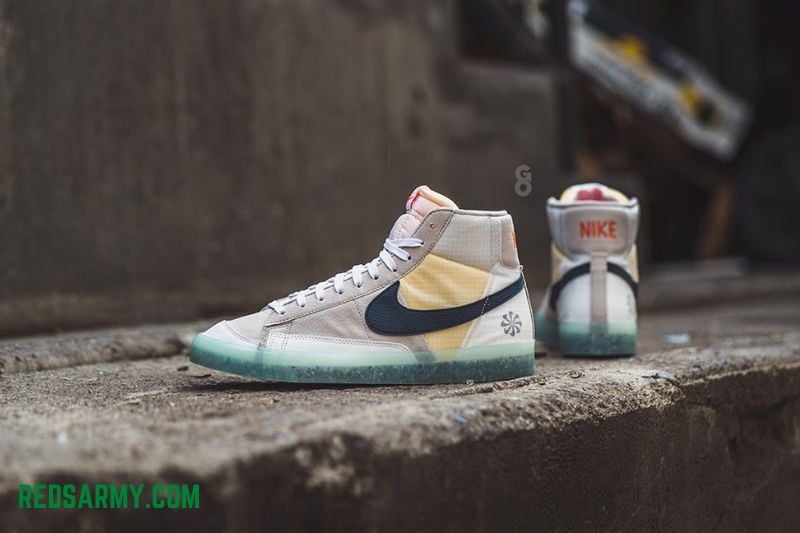 Even though it has been around for almost 50 years, it is still relevant today. When it was first introduced, it was known as one of the most innovative basketball shoes on the market, with gripping rubber bottoms that provided amazing traction and strong support.

What will the new version of the Nike Blazer be like? All Nike devotees know the enormous strides Nike has made in performance technology over the past five decades.

Recent History Of The Blazer

Grailed serves as a timely reminder of the Blazers’ recent past, which dates back to 2013 not so long ago. The design was introduced as low-top suede sneakers with leather swooshes and a black aesthetic in the CDG Blazers. 2014 saw the availability of more color options for the Blaze High version. 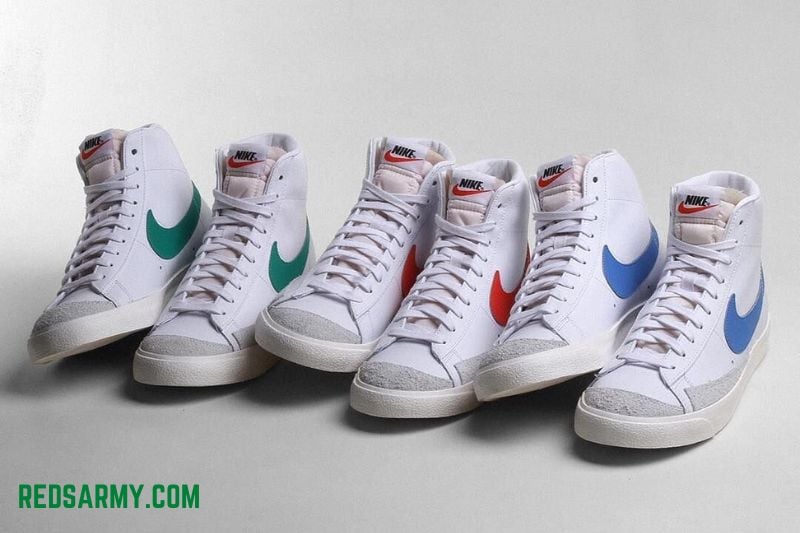 A classy black all-leather version of the low was released two years later. They gained popularity as a complement to streetwear and casual attire. The timeless attraction of the incomparable classic design never fades. It’s obvious that Nike can make the Blazer into anything they want. It doesn’t take much tinkering to turn the straightforward design into a technical shoe that works well for various activities, including skateboarding, basketball, jogging, casual wear, and others.

The Nike Blazer Is Making Another Comeback

Nike is back at it with one of the most extensive collections of the Nike Blazer we’ve seen for 2021, according to Sneaker Bar Detroit. Although release dates have not yet been revealed, Blazer fans should expect a thrilling year.

Before the summer months arrive, a new Blazer mid is scheduled to be introduced in the Sportswear line as a part of Nike’s Summer Showers collection. Some hues, including Midnight Navy, White, Smoke Gray, and Light Smoke Gray, will be available for the new mid. 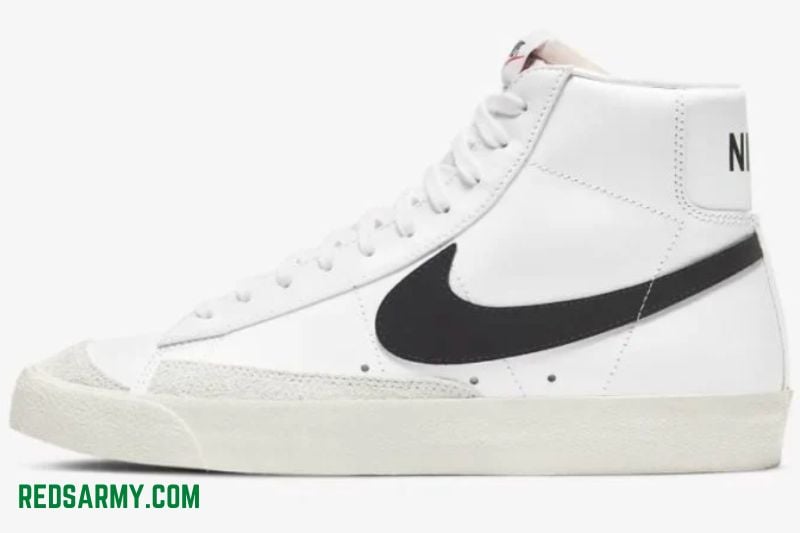 The main print on the uppers will be a distinctive NSW layered text. According to reports, the cost will be a reasonable $100 per pair. Coming soon is a Nike Low Blazer in an acid wash color. This version will have a leather-trimmed canvas upper. The retail price is anticipated to be $85. For $85, the Blazer Low will also be available in a USA Denim colorway with white uppers and red, white, and blue embellishments.

The Nike Blazer Low Soccer colorway, which has a smooth white leather upper with grey suede details, is also planned for release in 2021. Green suede resembling grass is used on the heels and the Swoosh. The purchase cost will likewise be $85.

What is The Nike Blazer For?

What the Blazer isn’t used for would be a better question, based on what we can tell. We have only begun to scrape the surface of the number of new shoe designs that will be released in 2021. So far, we have seen sneakers for everyday use, soccer shoes, and just about anything else you can think of. 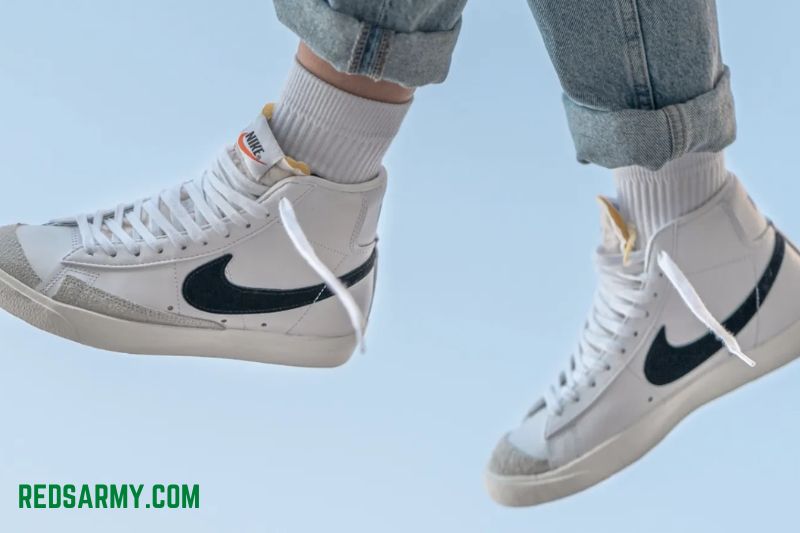 If you love the Nike Blazer basketball shoes, this year is going to be fantastic. The drops for the Blazer models from 2021 are expected to start in the upcoming weeks. Many of these are known to us, and we know that many more are scheduled for release. 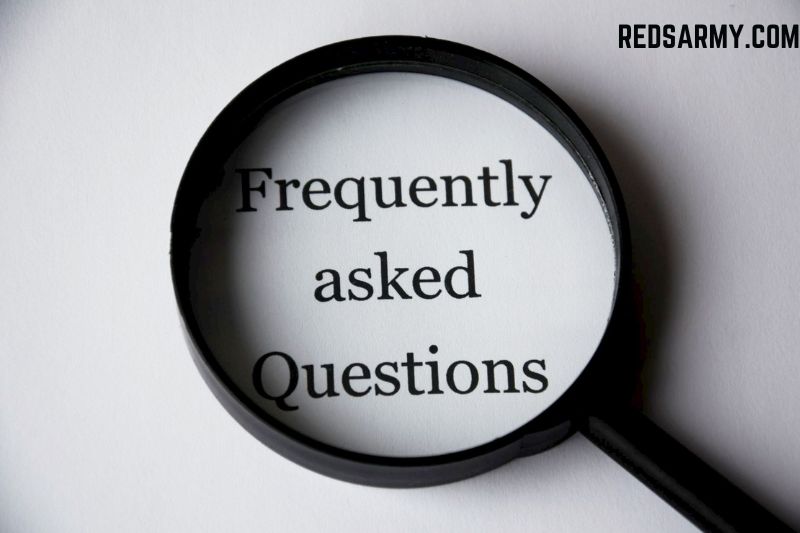 Originally designed for the hardwood in 1973, Nike has continued to release new versions of this classic sneaker. The Nike Blazer has become popular in multiple markets over the years, including skateboarding and luxury fashion.

The Nike Blazer High is a casual shoe with a high cut for excellent ankle support and a rubber outsole for outstanding traction. EVA midsole for comfort and premium leather upper. Extra flexibility is provided through cut flex grooves.

Can I Workout in the Air Force?

They may, in all honesty, be used for low-impact exercise. In all honesty, Air Force 1s are more for comfort, style, and casual wear than they are for walking.

How durable are Nike Blazers Mid 77?

Are Nike blazers good for working out? The Nike Blazer Mid was praised for its durability by several buyers. A few customers said it was reasonably lightweight. The elegant appearance and slim silhouette of the Nike Blazer Mid caught the attention of many reviewers. For many consumers, it was a really comfy shoe. 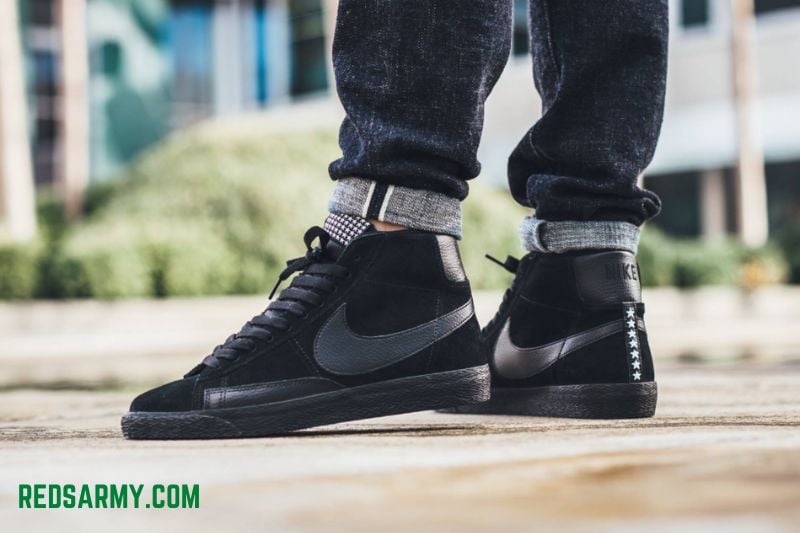 Are Blazers Comfortable for Walking?

The majority of reviewers said that they were really comfortable wearing this pair. The lightness of the kick appealed to certain shoe owners. Numerous buyers praised its exceptional quality in terms of materials and craftsmanship.

The shoe is quite comfortable and features a springy sole that aids in both running and jumping. Although the fit and size aren’t for everyone, the support makes it ideal for athletes who wish to play in comfortable clothing.

Do Blazers Give Your Feet a Bigger Look?

Nike Blazers are cupsole. When you first glance at the outsole, you might assume that it’s just a typical vulcanized shoe. However, closer examination reveals that it is actually a cupsole. The shoe has a sturdy suede upper, a Nike Zoom Air insole for cushioning, and, of course, a capsule that has the appearance of being vulcanized for increased support and durability.

The Blazers are a solid basketball shoe that provides good support and traction. They’re not the most stylish shoes on the market, but they’ll get the job done on the court. If you’re looking for a reliable, affordable pair of basketball shoes, the Blazers should be at the top of your list.